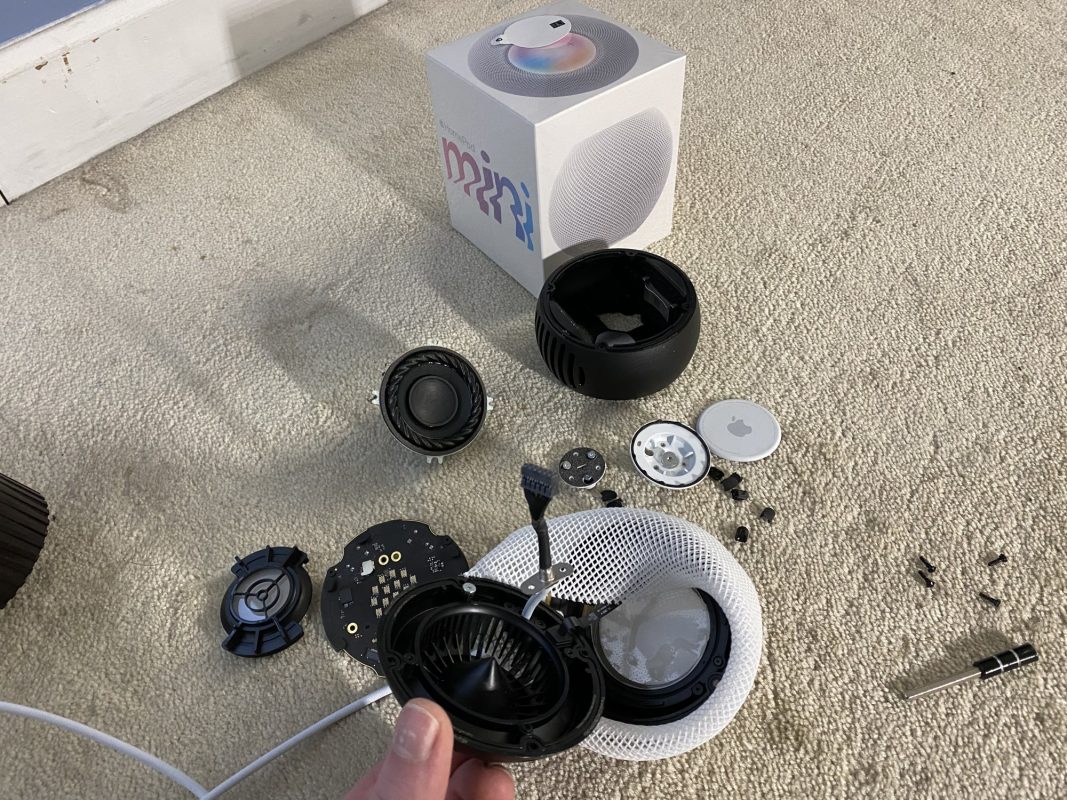 After being announced during Apple’s October event, HomePod mini is now available to customers in some countries around the world. While specialized repair companies like iFixit don’t get their hands on Apple’s new smart speaker, an independent user has decided to share his own HomePod mini teardown.

User identified as “ouimetnick” shared their own photos of HomePod mini teardown on MacRumors Forums. It’s nearly impossible to disassemble the original HomePod without breaking it, and the same applies to the new HomePod mini.

The disassembly procedure is a bit different, and you need to be careful since the mesh doesn’t have long draw strings. You still open the HomePod Mini from the top, but you have to get in to the mesh first from the bottom. Do not try to remove the top plastic touch surface like in the original HomePod.

Anyone interested in tearing apart a HomePod mini will have to remove three T6 screws on the plastic disc and one T10 screw on the bottom base. If you think that’s it, there are still four more rubber screw covers with four T6 screws that need to be removed before disconnecting the ribbon cable and taking out the LED diffuser.

On the inside, HomePod mini has only one small woofer and two passive radiators without any tweeters — which basically means it won’t sound like the bigger HomePod. Interestingly, while the HomePod mini comes with a USB-C connector and a separate power adapter, the power cord is not removable like on the regular HomePod.

The HomePod mini logic board is considerably small as it has the S5 SiP (System-in-Package) with all the components soldered on it. As you can see, repairing a HomePod mini is virtually impossible.

You can check more pictures of the HomePod mini teardown below: