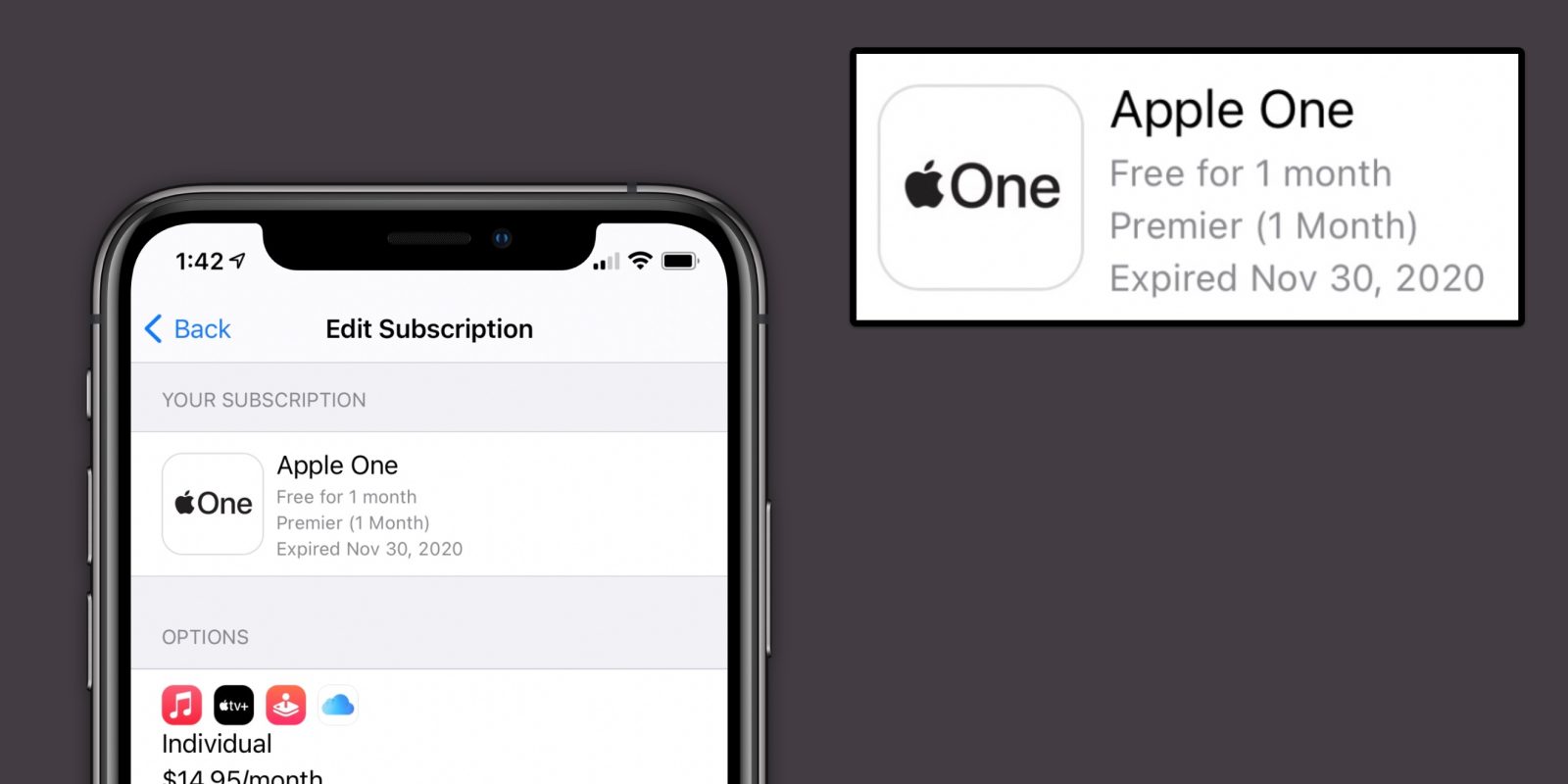 If you signed up for Apple One on day one, then that means your free trial subscription will be renewing today.

At least, it should be. Some readers are reporting that their Apple One transition has not gone so smoothly. Although these customers have not opted to cancel, the Apple server appears to think that is the case. For the people affected, the subscriptions page is currently showing their Apple One membership as ‘expired’.

You can check the status of your Apple One subscription by going to Settings -> Apple ID -> Subscriptions.

If everything has gone as planned, the separate listings for Apple Music, Apple TV+, Arcade, and News+ should have gone away leaving just the row for Apple One.

If the subscription seemingly fails to renew, the separate items for TV+, Arcade, etc. remain and the row for Apple One reads ‘Expired Nov 30, 2020’.

This is probably a temporary glitch, perhaps something that will fix itself in a matter of hours. In all likelihood, Apple will be able to fix the issue server-side.

(We have also heard isolated reports of other issues relating to Apple One weirdness, like getting billed repeatedly today or having their add-on iCloud storage mysteriously cancelled. Others have been unable to use Apple Arcade or TV+ for a period of time, with the apps failing to recognise that a One subscription is active.)

If you haven’t subscribed to Apple One yet, you might want to consider doing it. If you subscribe to iCloud, Apple Music and one other Apple service already, you will most likely save money by moving to an Apple One plan instead.

Apple One starts at $14.95 per month for the Individual subscriptions and maxes out at $29.95 per month for Premier, which includes Apple Music, TV+, Arcade, News+, Fitness+ and 2 TB of iCloud storage. Apple Fitness+ will be available before the end of the year.