Comment: Here’s why I disagree with the voters in the MKBHD blind camera test 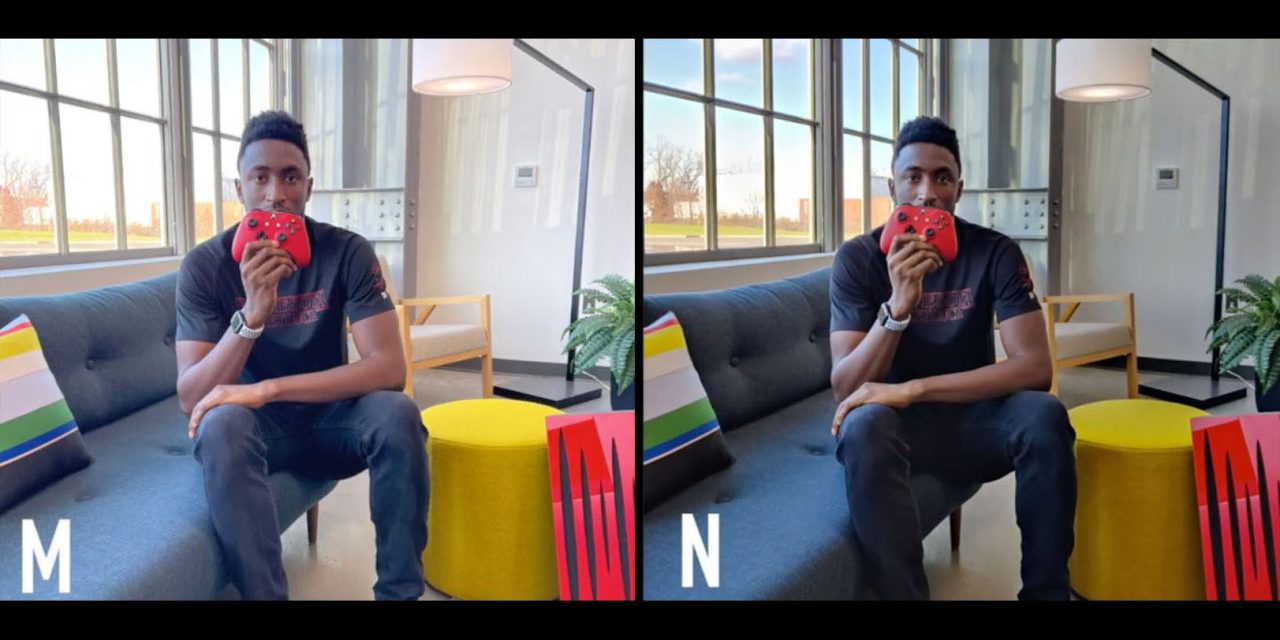 When it comes to judging the quality of smartphone cameras, the MKBHD blind camera test is one of the most compelling pieces of consumer research out there.

YouTuber Marques Brownlee takes the same photos with a bunch of different cameras, and labels each photo with a letter, so no one knows which smartphone took which photo. He then asks ordinary people to state which they prefer.

The sheer scale of the test is fairly mind-blowing…

This year saw more than 10 million votes, which is incredible when you consider that a sample of 2,000 people is considered pretty scientific when it comes to most forms of consumer research.

So let me start by stressing that I have absolutely no criticism of Brownlee’s approach, nor do I take issue with its results.

He acknowledges that the poll was unscientific, but that is absolutely appropriate for the goal here, which is not to determine which camera is objectively “better,” but instead to find out which results ordinary people prefer. Given the same goal, I would have conducted the test in exactly the same way.

I do, however, take a different view than that taken by the majority of voters.

As we noted yesterday, the iPhone 12 Pro Max was knocked out in the first round when it was put up against the OnePlus 8T. You can see the two photos above, and again here. You can right-click on the image below and open image in a new tab to see a larger version.

In my view, it’s pretty easy to see why the majority of people opted for photo N: the sky.

If you take a quick look at each, photo M – the iPhone – has one glaring problem: The sky is so over-exposed that it has almost completely blown out. The lower portion of the sky is blown in both photos, but there is blue sky visible in the upper potion of the OnePlus photo, while it is almost entirely missing in the iPhone photo.

I suspect most (not all) voters looked at that, and decided that photo N was “obviously” better.

Now, let me stress here that I’m not saying they are wrong. This is a subjective test, and it’s about which photo you prefer.

Nor am I saying that I would have been happy with the iPhone result; I wouldn’t. Blown highlights are a pretty basic fault, and something to which I’m quite sensitive.

What I am saying is this: I suspect most people saw that fault and voted, without studying the rest of the photos in any detail. And while the iPhone blew the highlights, the OnePlus failed equally badly when it comes to shadow areas. Look at the lettering on the shirt, for example: perfectly visible in the iPhone shot, and very murky in the OnePlus one. Look at his jeans, which are a black, blocky mess in the OnePlus photo.

The truth is that the scene photographed here is too challenging even for today’s impressive smartphone cameras. More than this, an interior shot with a face in the foreground and a bright sky behind is even too challenging even for a DSLR on automatic mode. I understand Brownlee’s reasons for not having a DSLR reference shot, but in this case it would have been informative. The only way to get a decent photo of this scene is to expose for the sky and then use fill-in bounced flash from the ceiling or wall behind.

Neither camera had the dynamic range needed here, so each relied on its own smarts to make a judgment about how best to respond. The OnePlus looks like it opted for the best compromise it could achieve, balancing shadows and highlights as best it could. That’s often a reasonable approach. But not, I suggest, in this case.

Brownlee in his room is the subject here, not the outside world. Given a choice between blocked shadows or blown highlights, the iPhone decided to prioritize the most important part of the photo: Brownlee’s face. It exposed this correctly, while the OnePlus badly under-exposed it.

Which is better is a subjective call. To those who carefully studied the whole of both photos before voting for photo N, I have no issue with that. That’s your judgment. But to me, when a camera can either expose the subject or background correctly, but not both, it should prioritize the subject — and that’s exactly what the iPhone 12 Pro Max did here.

So that’s my view: Neither phone was up to the challenge of this shot, but the iPhone made the better call. What’s your own view? Please let us know in the comments.