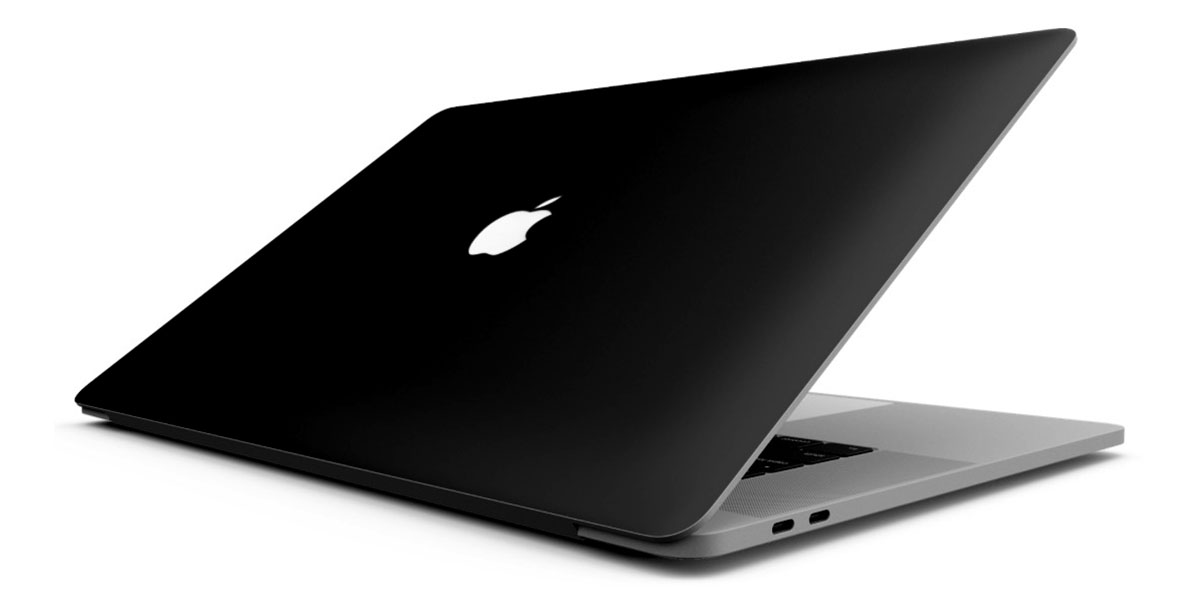 If you’ve ever wished Apple made matte black MacBooks, a new patent shows that the company is at least considering the idea.

Apple begins by explaining the likely reason it hasn’t yet done it: it’s really hard to get a true black, rather than a dark grey …

Here’s what the company says in the background to the patent:

Enclosures for portable electronic devices can include an anodized layer that can be dyed in different colors in order to enhance their cosmetic appeal to consumers. However, certain colors are far more difficult to achieve than others.

In particular, attempts by consumer electronic device manufacturers to achieve a true black color have fallen short. Indeed, the best attempts have attained only a dark grey color. One challenge to achieving a true black color is that anodized metal can have a relatively high floss finish, which is capable of specularly reflecting large amounts of visible light […]

Merely depositing dye particles within pores of an anodized layer is insufficient to impart a true black color. Indeed, the anodized layer plateaus at an L* value in the low 20s. Part of the challenge to achieving a true black color is that the surface of these enclosures generally has a high gloss finish, which contributes to specular reflection of a large amount of visible light.

There are two secrets to pulling it off, says the patent.

As with all Apple patents, there’s no telling whether or not the idea will ever make it to market, but there seems little doubt that matte black MacBooks would prove popular.

In the meantime, ColorWare does offer a matte black skin for the MacBook, but this suffers from the problem Apple describes: it looks more like grey than a true deep black.