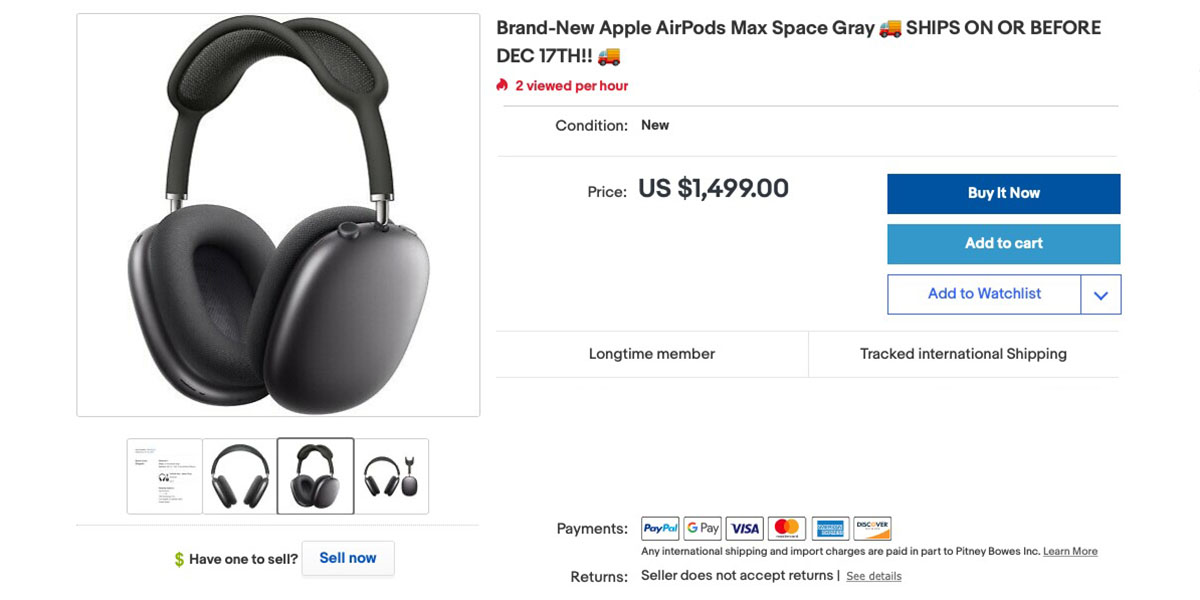 A typo on Apple’s UK website caused alarm when it appeared to show an AirPods Max battery replacement would cost £309 ($410) in the country, while it was $79 in the US.

Fortunately, this was soon revealed as a typo, and the actual UK price is £75 ($99). Allowing for the fact that UK prices include 20% sales tax while US ones are before tax, this makes the comparable UK cost £62.50 ($83), or marginally more than the US price …

If you’ve got any money left over from your purchase of AirPods Max, you might want to save it. Battery replacements won’t come cheap, with Apple charging £309 in the UK – or roughly 56 per cent of the original headphones.

It’s not clear why Apple is charging UK punters disproportionately more than those elsewhere. We’ve asked Apple, and will update this post if we hear back.

TNW noted that it was merely a typo, which has since been corrected.

If users won’t be able to replace their own AirPods Max battery, then they have to go to Apple. Which is exactly what the company wants. A quick check on its website showed that this could be done without AppleCare+ in the US for $79 […]

AirPods Max battery replacement is free with AppleCare, which costs $59 in the US.

Unsurprisingly, given 12-14 week shipping times now, eBay scalpers are out in force, with a range of AirPods Max prices as high as $1,500.