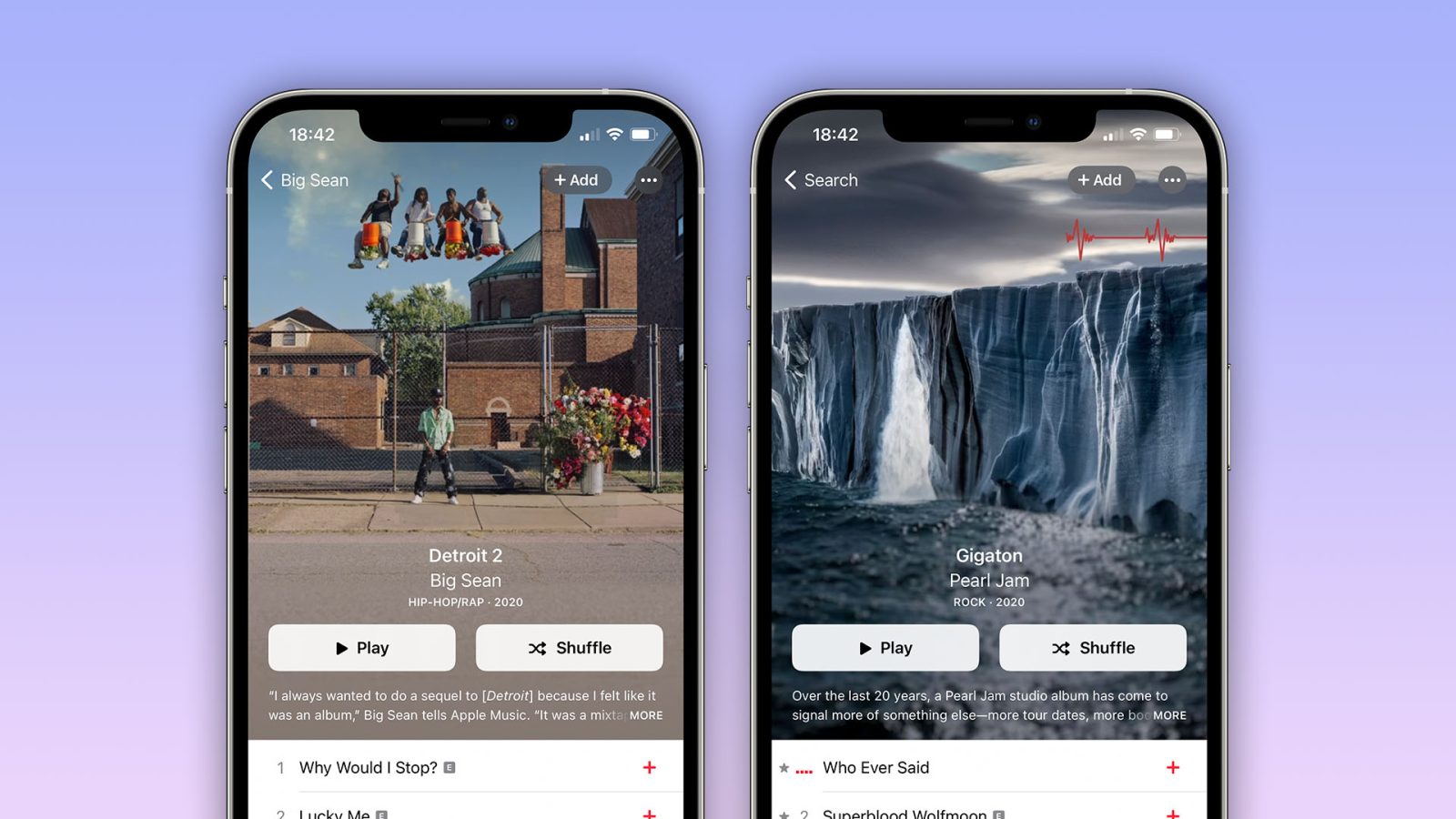 As Apple is getting ready to release iOS 14.3 to the public in the coming days, and the company is now rolling out a new feature for Apple Music subscribers. Users running the latest iOS beta have noticed that there are now some albums available on Apple Music with animated artwork.

The company had already added some animations to the featured playlist artworks on Apple Music during the iOS 14 development, but nothing had changed for the individual albums — at least for now.

You can see the new animated artwork in action in albums like Pearl Jam’s Gigaton and Big Sean’s Detroit 2 if you’re already running iOS 14.3, iPadOS 14.3, or macOS Big Sur 11.1 on your devices. While on the iPhone the animated artwork takes up half of the screen, they have the same size as regular album artwork on the iPad and Mac.

It’s unclear which other albums Apple has chosen to promote with this new feature, but the animated artwork will probably be available for major album releases in the future.

iOS 14.3 is expected to be available to the public early next week.