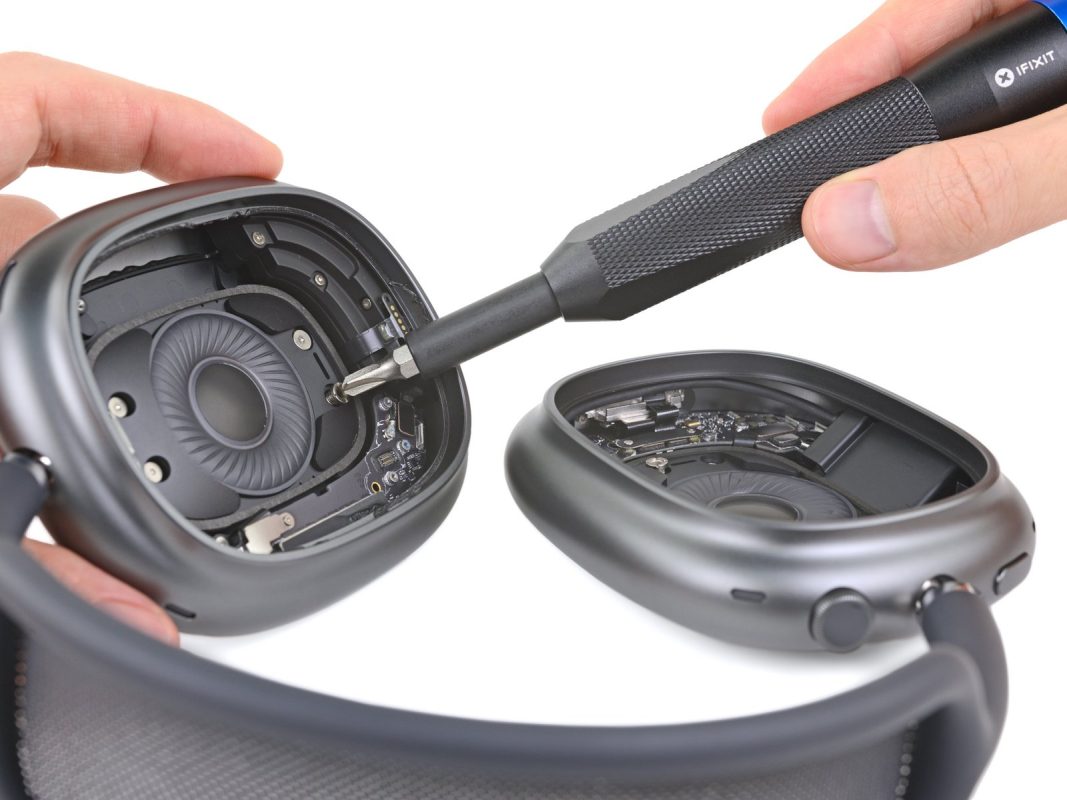 iFixit traditionally shares a teardown of every new Apple product, and it was no different this time with AirPods Max. While this is more like a first look at the headphone internals, iFixit said that the AirPods Max are not as easy to take apart as other over-ear headphones.

As we already know, AirPods Max come with two 40 mm dynamic drivers, two magnetic ear cushions, eight microphones for noise cancelation, and two H1 chips inside — one for each side of the headphone.

An X-ray of the AirPods Max revealed that Apple’s over-ear headphones have two battery cells, but both are in a single ear cup. iFixit noticed that there are some solder joints and wires near the batteries, but they still haven’t found the connectors to easily replace the batteries.

While the speaker units seem to be protected with screws, there are parts of AirPods Max that contain glue. iFixit had to heat the headphones in order to disassemble them completely. “These headphones are not as easy to take apart as they let on (or as you might expect from other headphones),” says the company.

You can see below the images showing the internal components of the AirPods Max, such as the Bluetooth chip, audio amplifier, accelerometer, and more. iFixit says it will share a deeper teardown of the AirPods Max in the coming days.

Don’t worry, we’ll be back to give you the complete blow-by-blow and analysis of the disassembly later. For now, we’re just going to leave these here.