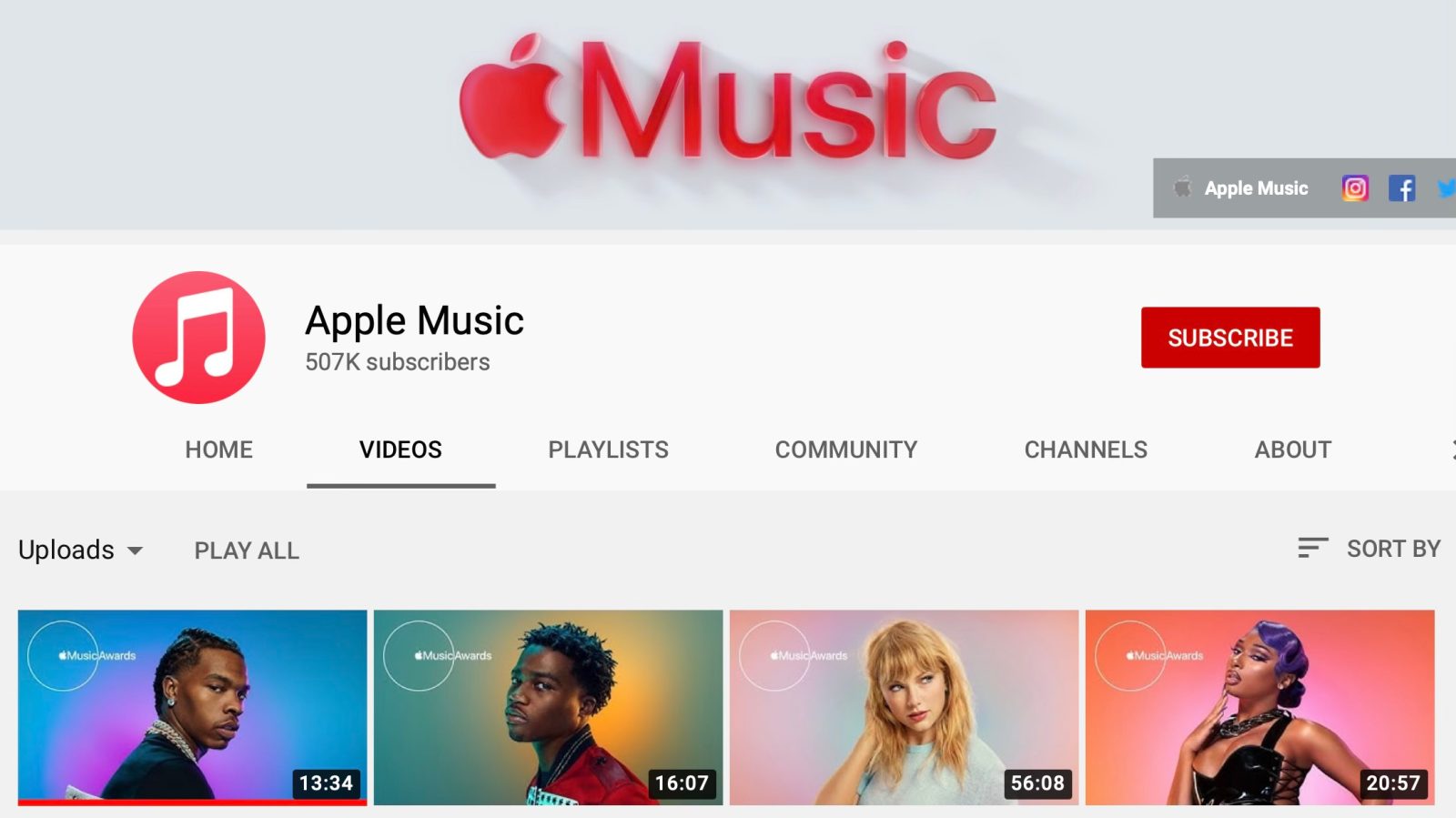 Apple last month revealed its 2020 Apple Music award winners, and it has been uploading extended videos of each of the artists to its official YouTube channel over the past few days …

The winning artists give their reactions to winning, followed by performances of a number of their tracks.

The latest addition is a 13-minute video of Lil Baby, talking about his home town before performances of Humble, Low Down, Social Distancing, Get Money, Gang Signs, and Solid.

In celebration of the second annual Apple Music Awards, Lil Baby performs “Humble,” “Get Money,” “Solid,” and more. Lil Baby wins Artist of the Year for cementing his place as the indisputable, authentic voice of youth culture.

The longest video is of Taylor Swift, a 56-minute one opening with an interview with Zane Lowe.

Apple Music’s Songwriter of the Year, Taylor Swift, has been one of music’s preeminent and most decorated songwriters for more than a decade. With her latest records, the surprise-releases ‘folklore’ and ‘evermore,’ she laid bare the magic behind, perhaps, her biggest strength. Ditching the big, radio-ready, chart-topping sparkle of her past releases for bare-bones indie-folk instrumentation, stripping her songs down to the very studs. Watch as she sits down with Zane Lowe for the 2020 Apple Music Awards.

Apple described the winners as the ‘best and boldest.’

A celebration of the winners of the 2nd annual Apple Music Awards, with special performances and fan events from the best and boldest musicians of 2020.