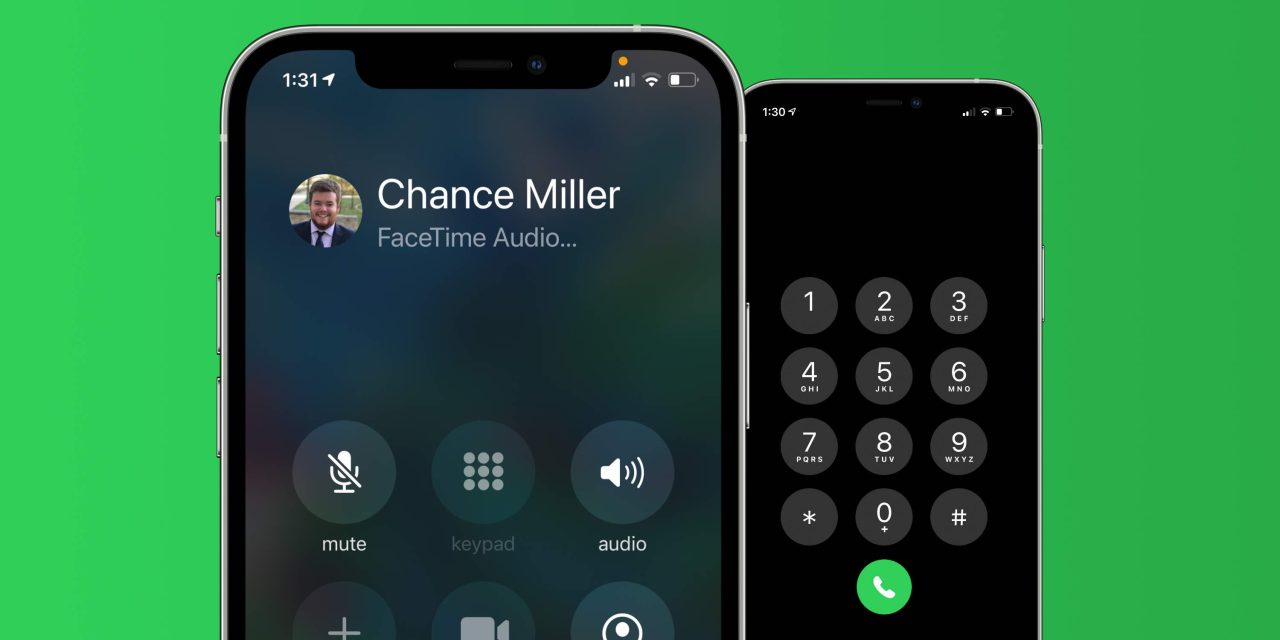 2021 is here and 5G is coming online around the world. US carriers have decent coverage nationwide with mid and Sub-6GHz spectrum 5G but issues like call quality and reception are still a problem even with the latest-gen cellular network. I think it’s time for Apple to make its first-party FaceTime Audio calls an option to be the default on iPhone.

We’ve seen Apple expand and evolve the ways we can make and take phone calls with iPhone and iPad/Mac/Apple Watch over the years. That’s brought features like “Calls on Other Devices,” “Wi-Fi Calling,” and more.

Interestingly, there have been widespread issues with 5G and unexpected dropped calls on multiple US carriers with the iPhone 12 lineup.

And a personal anecdote, my brother who lives in a major US city has had trouble with both Verizon and T-Mobile when it comes to reception and calls. On a recent call with him, we switched to FaceTime Audio and the result was seriously improved audio quality and a consistent connection – and that was after he was using Wi-Fi Calling with the traditional call that dropped.

I think another big picture benefit, is moving toward FaceTime Audio could really help reduce the headache that is robo and spam calls.

So, my pitch is, Apple should offer users the ability to make FaceTime Audio the default for outgoing calls. Making it opt-in would be a great way to offer the improved functionality without disrupting those who want to stick with the status quo.

If you haven’t used FaceTime Audio at all or much, give it a shot by telling Siri “make a FaceTime Audio call to _______” or you can tap the phone icon next to FaceTime when looking at someone in the Contacts app.

Would you like the option to set FaceTime Audio as the default for calls? Share your thoughts in the comments below!