Comment: Now is the right time for Apple to bring iMessage to Android and Windows 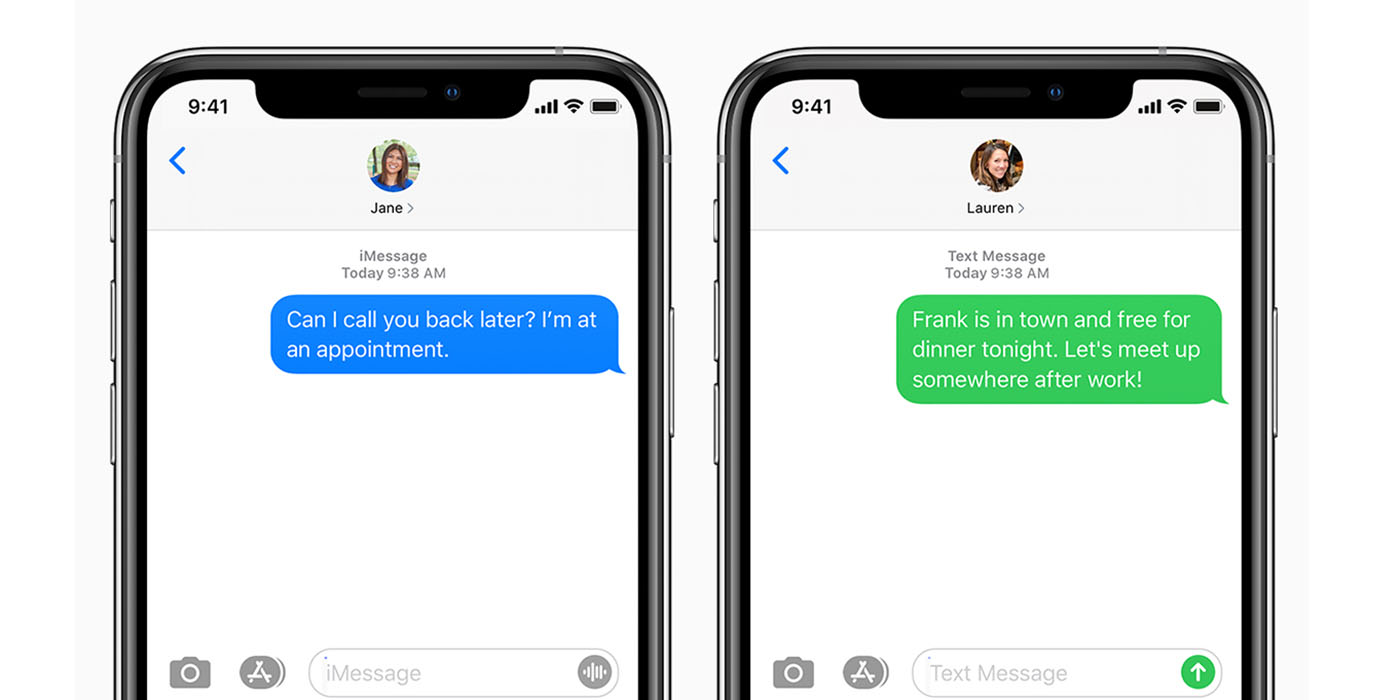 There has been much debate over the years about whether Apple should bring iMessage and FaceTime to Android.

I made the FaceTime case earlier in the year, arguing that the pandemic was the perfect time to do it. Apple didn’t heed that call, but I think there is now an equally compelling argument in favor of allowing iMessage on both Android and Windows …

The case for FaceTime was that there has never been a time when so many people are making video calls.

The coronavirus outbreak has taken consumer group videoconferencing to a whole new level. Back in February, most non-techies had never done it in their lives. Fast-forward to now, and Zoom conferences are a completely normal thing for everyone […] But Zoom is coming under increasing scrutiny and criticism over its security – or lack of […]

If Apple offered FaceTime for Android and Windows, it could easily replace Zoom right now as the go-to option for most consumers. It would also be a huge win for Apple’s customers, as we would then be able to use our (likely) favorite video chat app with everyone.

To me, the reasons for Apple to allow cross-platform use of iMessage are just as strong. First, sheer convenience for Apple customers.

Most of us use several different messaging platforms – not because we want to, but because we have to. Different friends and family members use different services, and if we want to be able to communicate with them, we need to use the chat apps they do.

If iMessage could establish itself as the default text messaging platform, that would be a lot more convenient for all of us, Apple users and non-Apple users alike.

WhatsApp is probably the closest thing we have right now to a universal text messaging app. It’s the one that I use most often because it’s the one that most of my family and friends use. Now, there’s nothing wrong with the security of WhatsApp messaging. It uses end-to-end encryption, meaning that neither WhatsApp nor parent company Facebook have any way to see the content of messages.

But that’s not the whole story. Despite assurances made when WhatsApp was acquired by Facebook, the social network did indeed start accessing WhatsApp user data. Initially, there was an opt-out (not that most non-techies would have known about it). As of next month, however, that opt-put option will be removed, at least for users outside Europe.

Facebook Messenger is another extremely popular option, and that’s way worse! Not only does it not use end-to-end encryption by default (only in Secret Messages), the amount of data Facebook links to Messenger users is little short of terrifying.

There are more secure messaging services, such as Signal and Telegram. But neither is perfect, and – more relevantly – neither has succeeded in getting any kind of meaningful traction. Trying to persuade the bulk of consumers to switch to either one is a complete nonstarter.

iMessage has three things going for it when it comes to attempting cross-system adoption.

One, a huge number of people already use it: iPhone owners. That gives it a massive head start on any other option.

Third, Apple is a brand that even non-Apple users tend to trust. They might make dubious claims about “the Apple tax,” or argue that Android gives them more control over their devices than iOS, but I don’t know many who doubt Apple’s privacy claims.

Of course, you might argue that iMessage is one of the benefits of the Apple ecosystem, and Apple would be giving up one of its selling points if it allowed Android users to get access to it. I don’t personally think that’s a strong argument – I don’t think I’ve ever heard anyone cite iMessage as a reason to buy an iPhone, other than the running joke about green text bubbles being embarrassing.

But if that really is a thing, Apple could maintain that visual differentiation – have iPhone users keep their exclusive use of blue bubbles, while Android and Windows users get another color. So if anyone really is buying an iPhone to avoid embarrassment about the color of their message bubbles, they would remain incentivized to do so.