Opinion: FaceTime for Android and Windows could make it the new default 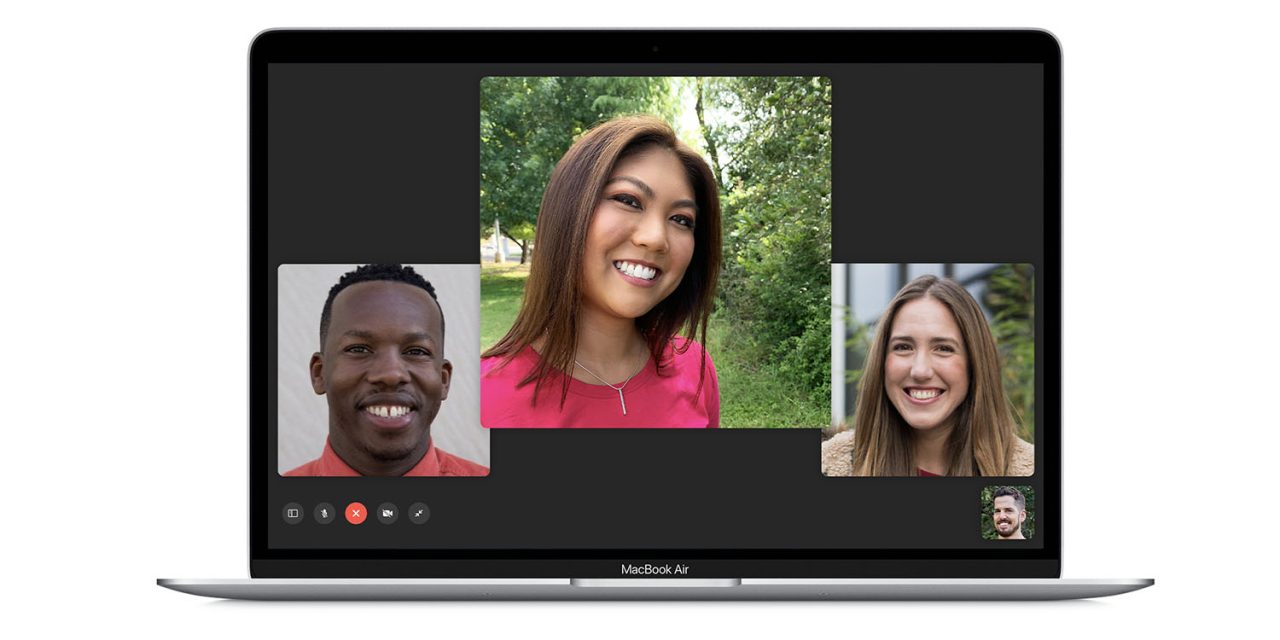 Various people have suggested in the past that Apple should allow FaceTime for Android and Windows, in an attempt to make it the default standard for consumer video calls. That idea gained new impetus when Apple launched the Group FaceTime function for calls between up to 32 people.

But the coronavirus outbreak has taken consumer group videoconferencing to a whole new level. Back in February, most non-techies had never done it in their lives. Fast-forward to now, and Zoom conferences are a completely normal thing for everyone …

Zoom is the current default, but …

But Zoom is coming under increasing scrutiny and criticism over its security – or lack of same.

Now, I should preface this by saying that not all of that criticism is fair. Zoom made a deliberate decision to prioritize ease of use over security, and it did so knowing that this approach made sense for most users. It also made higher security available to those who wanted it.

For example, one criticism is that, by default, all meetings organised by the same host have the same meeting ID, and thus the same joining link. This means that anyone who has ever joined one of your meetings could try the link another time and be joined to any meeting currently in progress. That is true, but hosts have the option to create a meeting-specific ID (and thus link) if they choose.

Another criticism is that meetings have no password. That is again true by default, but there is the option to set  one.

So effectively, Zoom’s default is to make it really easy to host a meeting, but with some security holes. In practice, not huge security holes for the average virtual get-together with family or friends, because there’s not much incentive for a bad guy to try to join, and the small numbers of people mean that an unfamiliar name joining is going to be spotted. All the same, the company should flag these to new users, and highlight the more secure options.

Zoom was, for example, using an extremely sketchy method to make browser sessions easy. The result was that a website could potentially activate your Mac webcam even if you removed the Zoom app. That was fixed, but Zoom shouldn’t have been taking that approach in the first place.

Zoom was also using a Facebook API which sent data to the service. Lots of apps use Facebook analytics, but Zoom was breaking the rules by not declaring this in its privacy policy. This too has been fixed.

All of which means that, as more people learn about the issues, there’s increasing opportunity for a secure, privacy-focused alternative.

FaceTime for Android and Windows could be huge

For an all-Apple chat, Group FaceTime is the obvious answer. It’s almost as easy to use as Zoom, but has much better security. All participants, for example, need an Apple ID, and all need to be explicitly invited to join the call. And FaceTime, impressively, does use end-to-end encryption.

But FaceTime is currently useless for most family and friend get-togethers because you can’t use it unless everyone you want to include owns Apple kit. That’s almost never the case.

If Apple offered FaceTime for Android and Windows, it could easily replace Zoom right now as the go-to option for most consumers. It would also be a huge win for Apple’s customers, as we would then be able to use our (likely) favourite video chat app with everyone.

Of course, a couple of immediate objections come to mind.

First, FaceTime is one of the benefits of the Apple ecosystem. It’s one of the reasons to buy an iPhone rather than an Android phone, for example.

Second, there isn’t time for Apple to do it now. It takes time and resources to create FaceTime for Android and Windows apps, and assuming that Apple has never played with the idea internally before now, it would be starting from scratch. You might argue that by the time Apple had the apps ready, the lockdowns would be all over and the need for them would be much reduced.

But I’d counter both arguments. On the ecosystem front, Apple could turn this into a big PR and marketing opportunity. Create the apps, and announce that they are being made available for free for the duration of the crisis, however long that might be. That’s good PR.

Then, if it really wants to, switch off access when things are back to normal, and suddenly you have a bunch of Android and Windows users who really love a feature they can only get using Apple products.

Alternatively, and better for Apple’s PR and bottom line, offer it as a low-cost service for non-Apple users. Say $1.99 a month. Or how about this: the non-Apple versions can receive calls free of charge, but need to pay a monthly fee to be able to initiate them? Voila, another string to Apple’s Services revenue, and an incentive to switch to an Apple device.

On the time front, Apple likely has a lot more time than most people think. While governments are currently talking about lockdown periods of a few weeks, no health professionals believe that is a likely scenario. The consensus view among medical experts seems to be that the lockdown is likely to be in place for around three months – with perhaps even a second lockdown over the winter. So Apple has time.

That’s my view, then: that Apple should seize the opportunity to create FaceTime for Android and Windows apps, and make it the new default consumer videoconferencing app. What say you? Please take our poll, and share your thoughts in the comments.