Hands-on: Level Touch is the most versatile smart lock, yet it looks like an ordinary deadbolt [Video] 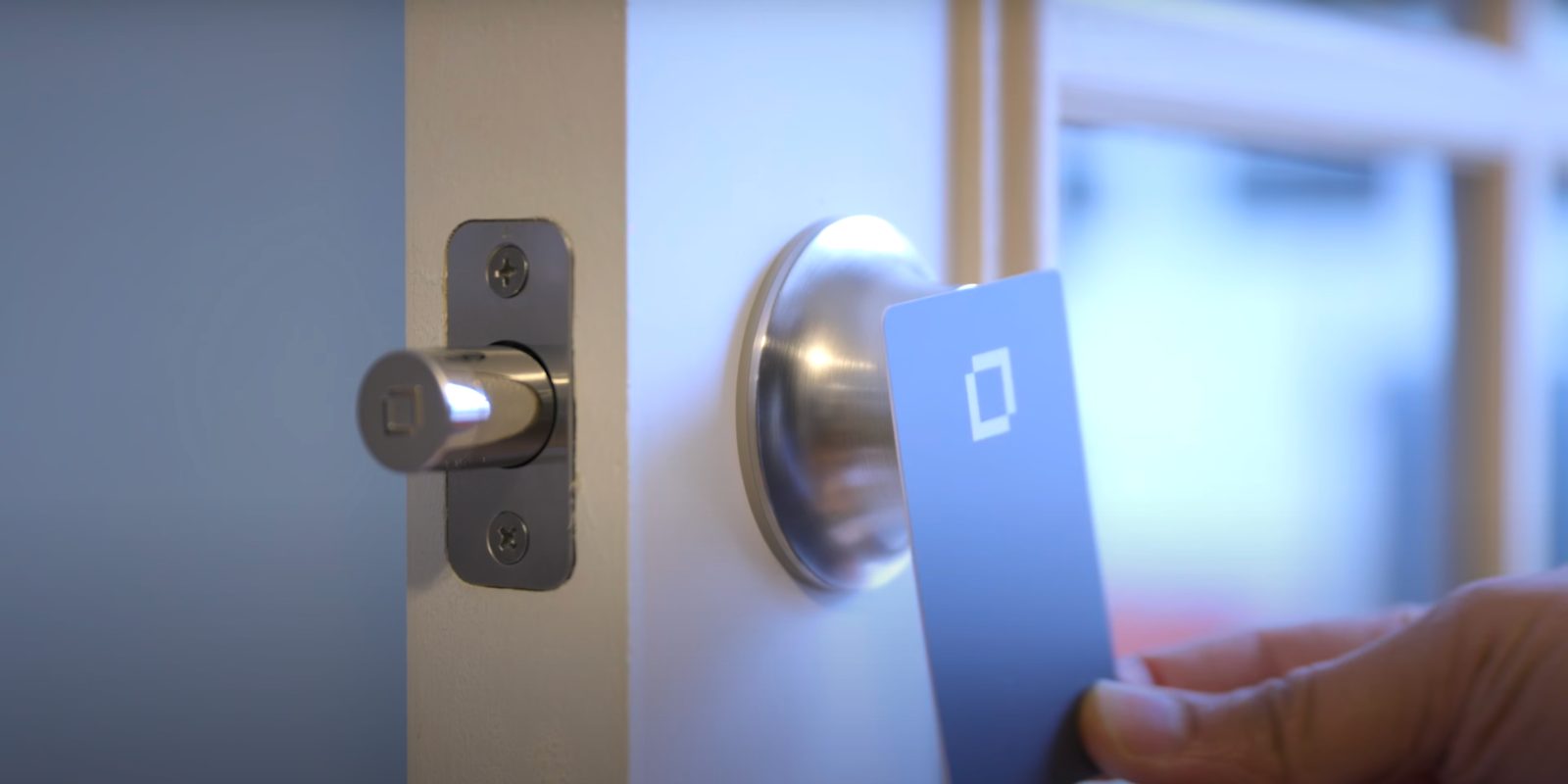 I recently went hands-on with the Level Touch smart lock, which is Level Home Inc.’s most recent foray into the connected home space. Level, whose newest smart lock is for sale in the Apple Store, and whose design team includes former Apple employees, prides itself on providing smart technology in an elegant and inconspicuous package. In fact, unless someone specifically told you, you might not even know that the Level Touch is a smart lock. Watch our hands-on video walkthrough for the details.

The original Level Lock, aptly entitled Level Bolt, functioned as a replacement for an existing lock’s deadbolt mechanism. In other words, Level Bolt was able to turn your “dumb” lock into a “smart” lock by simply replacing the guts inside the lock

Level Touch takes this concept to the next level. It provides the same stock look, but is a complete replacement for your door lock. This approach affords interesting new features like NFC hotel-style key cards, and touch recognition.

Inside the box, you’ll find the the Level Touch, strike plate, CR2 battery, along with a pair or keys and two hotel-style keycards. Outside of a screwdriver and your iPhone, everything you need to get started is inside the box.

Like the Level Bolt, the Level Touch includes simple instructions to effortlessly guide you through the entire installation process. As long as your existing lock closes and locks without needing to put pressure on the door, the Level Touch should install and operate without a hitch.

The first step involves removing your existing lock, which includes the key housing, paddle housing, deadbolt, and strike plate. Once the existing lock is removed, it’s time to install the Level Touch deadbolt.

With the deadbolt installed and mounted using the two included screws, you’ll next attach and secure the motor. Attachment of the motor is made easy thanks to its jigsaw-like design that locks into the deadbolt, and its included mounting screw.

With the deadbolt installed and mounted using the two included screws, you’ll next attach and secure the motor. Attachment of the motor is made easy thanks to its jigsaw-like design that locks into the deadbolt, and its included mounting screw.

With the deadbolt and motor assembly completed, it’s just a matter of attaching the key housing and paddle housing together. After installation of these door fixtures, you’ll need to attach the strike plate to the door frame to finish the install.

In all, installation takes about 5-10 minutes, and it’s extremely simple thanks to Level’s step-by-step instructions. Once installation is completed, be sure to test your lock with the paddle housing to ensure that the lock works manually using the thumb turn. After verifying manual operation, install the CR2 battery inside of the deadbolt and install the Level app.

Some people have scoffed at the idea of a bolt mechanism that also works as a battery compartment, and at first glance, it does seem odd. Yet the Level Touch’s ANSI Grade 1/ANSI Grade A speaks to the lock’s strength. Such a rating means that the Level Touch is capable of enduring the following:

There are two things that separate the Level Touch from other smart locks: looks and versatility. On the outside, the Level Touch looks like a normal lock that you’d purchase at Home Depot. At first glance there’s nothing about it that makes it clear that it’s a smart lock. If you’re someone who prefers your door hardware to sport the most low key appearance possible, then the Level Touch is a good choice. There’s even a normal keyhole and included keys to use the Level Touch just like you would any other standard dead bolt.

But despite the simple look, the Level Touch is the most versatile smart lock that I’ve ever used. Here’s are the many ways that you can interact with Level Touch:

In all there are five different methods for locking and unlocking your door with the Level Touch, and that’s before getting deep into HomeKit automation and Level lock app’s included automated functionality.

Although I appreciate all of the ways that you can interface with the Level Touch, since I’m knee-deep into the HomeKit ecosystem, I was most interested in interfacing with the smart lock via the Home app and Siri. The short and sweet of it is that the Level Touch performs exactly like you’d expect from a HomeKit-enabled smart lock. You can easily check the status of your lock using Siri and the Home app, ask Siri to lock or unlock your doors, etc. You can also establish different automations workflows that incorporate the Level Lock. Needless to say, HomeKit-compatibility will likely be the primary selling point for someone like me who’s highly invested in HomeKit products.

Like other smart locks that I’ve used from companies like Yale, the Level Touch features the handy ability to lock your door via a touch of the capacitive exterior of the key lock. This allows you to shut your door and quickly lock it without needing to interface with Siri or pull out your phone.

And even if you’re not an Apple/HomeKit user, the Level Touch features plenty of ways to secure and access your home via hardware keys, Hotel-style NFC keys, capacitive touch, or using Bluetooth geofencing in conjunction with the Level app. Be sure to watch our hands-on video above for a demonstration of these methods in action.

I was a fan of the original Level Bolt, but I’m a bigger fan of the Level Touch. The bottom line is that the Level Touch is the best looking smart lock on the market. It’s as inconspicuous as you can possibly get, while encompassing a wide array of functions underneath the unassuming exterior.

You can purchase the $330 Level Touch directly from Apple or from Amazon. What do you think about Level’s latest smart lock, and HomeKit-enabled smart locks in general? Sound off with your thoughts down below in the comments.