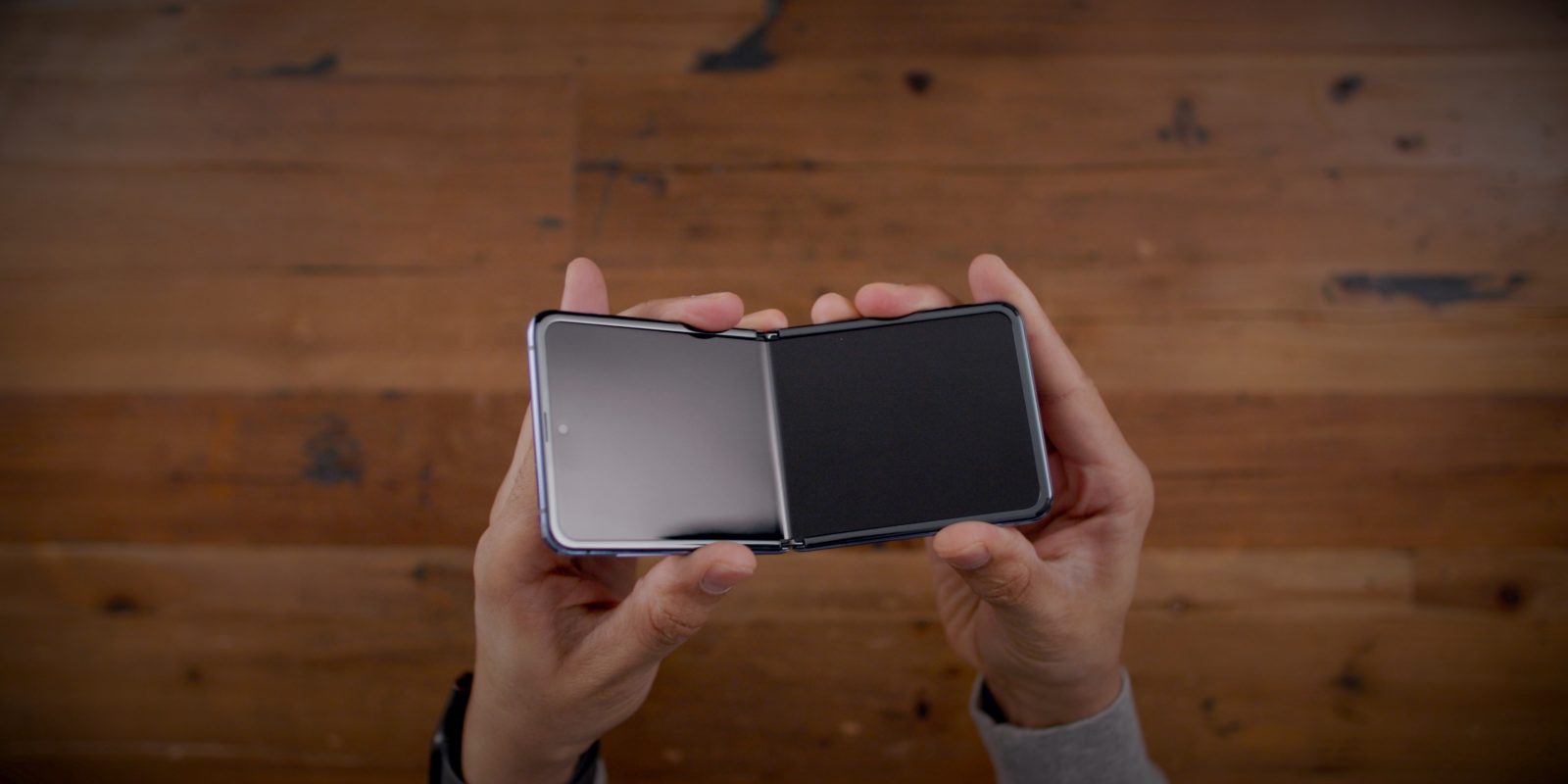 In November last year, a report citing Chinese suppliers claimed that Apple began testing folding iPhones for a launch in 2022. Bloomberg today corroborated that rumor with a new report about Apple now working on an iPhone with a foldable screen — although the launch schedule is unknown.

According to Bloomberg’s Mark Gurman, Apple is developing a new iPhone model that can be folded. This new version is expected to compete with similar Samsung devices such as Galaxy Z Fold and Galaxy Z Flip. However, it’s unclear whether this folding iPhone will see the light of day.

The report mentions that Apple engineers have been internally testing prototypes of folding screens for some time, but plans to actually launch a device like this are still unknown. According to a source familiar with the subject, Apple doesn’t yet have a fully functional folding device, which means this prototype is still in an early development stage and may never be launched.

Apple’s design team has been discussing multiple options for the folding iPhone, including a device that has the same 6.7-inch display as the iPhone 12 Pro Max when unfolded. At least for now, the prototypes of folding screens that Apple has been testing have a “mostly invisible hinge” behind the display.

If Apple decides to launch a foldable iPhone, this will probably be the most radical change to the iPhone since the introduction of the iPhone X — when the company redesigned the entire phone with an edge-to-edge display without a Home button. Companies like Samsung and Motorola have been launching foldable smartphones for some time now, but some of them still don’t offer a great user experience.

For this year, Apple is expected to introduce upgraded versions of the iPhone 12 with the same design, although Bloomberg now says the company wants to add in-screen Touch ID on the 2021 iPhones.

What do you think of the rumors? Would you buy a foldable iPhone? Let us know in the comments below.