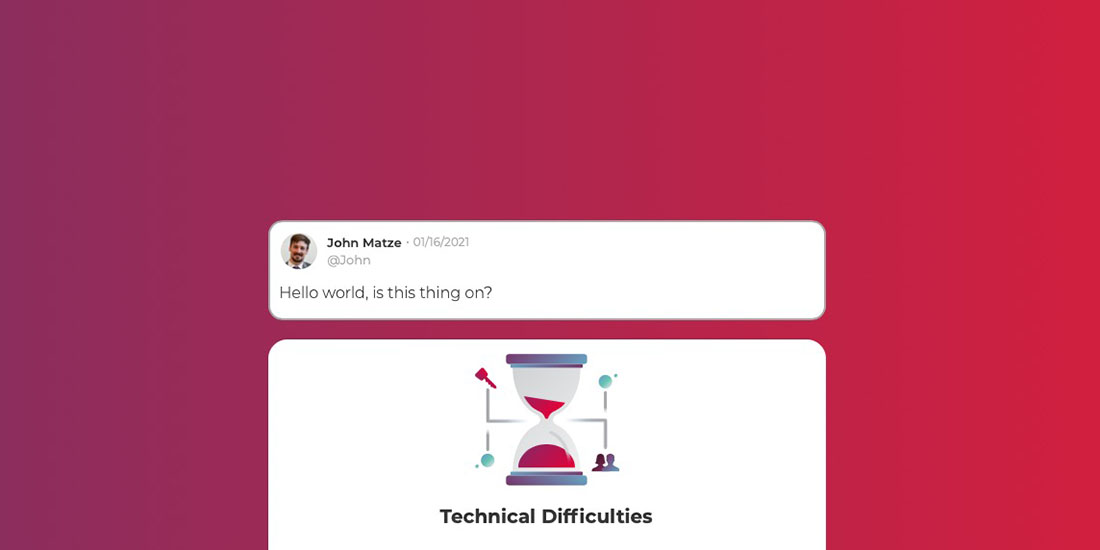 The Parler website and app went offline last week, with the company’s CEO blaming Apple and Google for ‘destroying the company.’ This claim may be a little premature, however, as the website came back online today, albeit with only a holding message for now …

Parler was used to help plan the attempted coup at the Capitol building, with users threatening to attack or kill both US vice-president Mike Pence and various members of Congress. Many of the rioters posted photos and videos of themselves to the service from inside the building.

Apple gave Parler 24 hours to put in place effective moderation to remove illegal and inappropriate content. When the company failed to do so, both Apple and Google removed the app from their app stores. While no new users could install the apps, existing users could initially continue to use the service.

However, other companies quickly followed suit, including Amazon Web Services, which Parler used for both app and website content distribution. That saw the service go offline completely.

There was a report that Epik was willing to host Parler, which wouldn’t have been surprising as the hosting company is used by many extremist right-wing organizations that have been denied service by mainstream providers. Epik has denied any contact with Parler, but Business Insider notes that the evidence seems clear.

The website of controversial social media platform Parler was back online Sunday, following a nearly week-long outage after it was booted from Amazon Web Services […]

The website popped back up on Sunday with a message from CEO John Matze, asking “Hello, world. Is this thing on?” A statement on the site indicated it intends to be back soon.

A WHOIS search indicates that Parler is now hosted by Epik. Parler last week registered its domain with
the Washington-based hosting provider known for hosting far-right extremist content, though Epik denied in a statement that the two companies had been in touch.

If Parler needs to restore content from the platform, white hat hackers have downloaded all the data …

Among other things, this has been used to create both an interactive map of videos posted by rioters, and a chronological timeline of more than 500 of the video clips.

In more amusing news, the Washington Post reports that rioters identified from their video footage on the day are being banned from a wide range of dating apps. Bumble, Tinder, Hinge, OkCupid, PlentyofFish, and Match are all working to remove the insurgents.

CNET notes that some users of the dating sites are changing their political preferences to conservative in order to attract messages from Trump supporters, and are then cross-referencing the profile photos against images of rioters in order to identify them to the FBI.