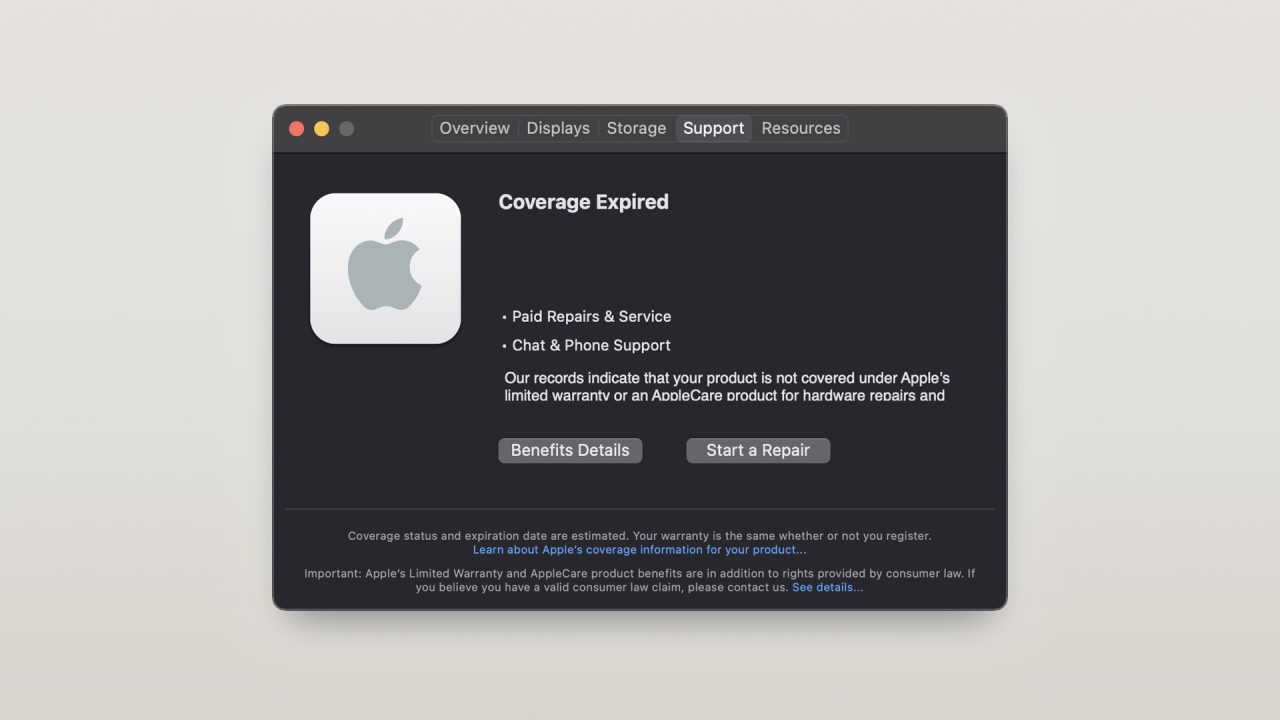 Apple today released the first beta of macOS Big Sur 11.3 to developers, which comes with some of the new features of iOS 14.5 beta and also with general improvements. However, 9to5Mac has found that the upcoming macOS Big Sur update also brings a new Support menu with more details on Apple’s 1-year limited warranty coverage and AppleCare.

The new menu is hidden for users in this first beta, but we were able to access it and see how it works. As you may notice based on the image above, it replaces the old Support menu found in the About This Mac window, which currently offers support links to the Apple website.

Based on macOS codes found by 9to5Mac, the Support menu for Mac users will work in a similar way to the AppleCare Coverage menu that you can find in the iOS Settings app. There, users can check whether the warranty coverage is still valid, buy an AppleCare plan, or even request a repair from Apple.

What’s also interesting is that the code analyzed by 9to5Mac reveals that Apple is also working to bring the Apple Support app to the Mac, which is currently only available for iPhone and iPad. With the Apple Support app, users can contact Apple Support, run diagnostics directly on the device, and initiate a repair without having to open the Apple website or calling AppleCare Support.

We can’t tell when this menu will be available for users, but most likely, it will be enabled with the final release of macOS Big Sur 11.3 to the public.