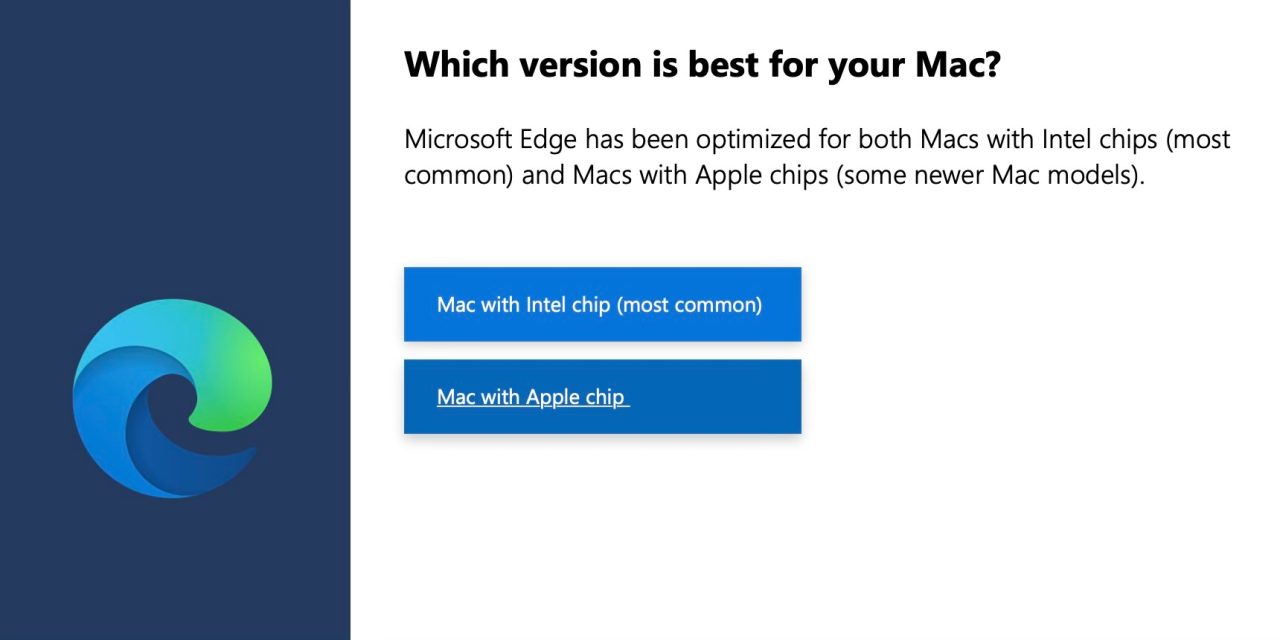 Microsoft has launched the latest stable version of its Edge browser to the public and it’s now available as a specific build for Apple Silicon M1 Macs.

Microsoft started testing an M1 build of its Edge browser a couple of weeks ago with the Mac app’s beta.

Now when downloading the browser from Microsoft’s website, all users are presented with the option to pick Edge for “Mac with Apple Chip.” That means Edge runs natively and doesn’t have to be translated through Rosetta 2 on Apple’s M1 Macs.

We’ve heard from a 9to5Mac reader that the M1-optimized Edge feels “just as fast as Chrome.” We installed it and tried it out for a bit as well as it does feel snappy.

Along with being built for M1 Mac’s ARM architecture, Microsoft touts that Edge is “tailored for macOS” with a focus on reliability and privacy.

You can pick up Microsoft Edge for M1 Macs from Microsoft’s landing page here.