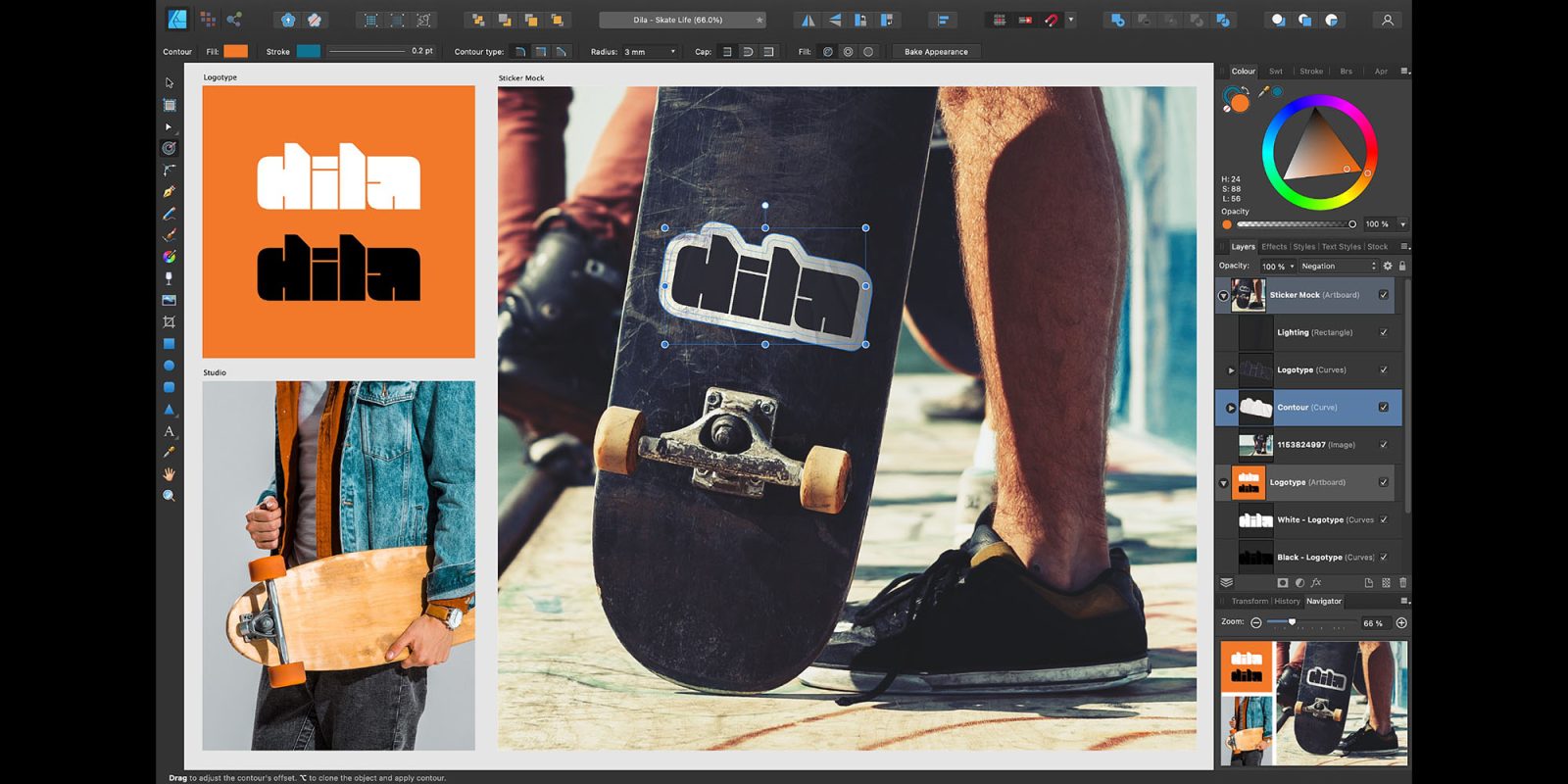 Significant Affinity updates are landing today across the company’s Photo, Designer, and Publisher apps on Mac, iPad, and Windows.

The company says version 1.9 of the creative suite is faster, takes the app’s non-destructive workflow to the next level, and enables significantly easier collaboration between remote workers…

Here’s what the company has to say:

A key feature which sets Affinity Photo apart from the competition is its non-destructive workflow, and that has been taken to another level again with the ability to add liquify adjustments as live, maskable layers. On top of that there are substantial improvements to its RAW engine, new linked layer functionality, path text, as well as a whole new mode to control the stacking of astrography images for stunning results.

Affinity Designer, the graphic design app, gets a new contour tool which offers an incredibly intuitive way to add contours and line offsets to any shape or path. Also added is the ability to place linked images and resources, reducing file size and simplifying collaborative working.

In Affinity Publisher, IDML import will be noticeably faster and the new Package feature allows users to bundle all the image and font resources from a project into a folder which can be transferred easily to another system to aid collaboration or for print production.

Placed PDFs can now be set to ‘passthrough’ ensuring 100% fidelity on export, and users can easily integrate text and image links into a document from an external data source with the new data merge feature.

The 1.9 update is available across all Affinity apps on macOS, Windows and iPad from today and is free to existing users.

The company has reintroduced its 90-day free trial for the Mac versions, and offers a 50% discount when buying them.

For almost a year now, the COVID-19 pandemic has continued to severely impact people all over the world, not least in the creative community. Last year, to support that community, we made all our apps free for anyone to use for 90 days. We were humbled and overwhelmed by the response.

When that offer ended, it appeared things were getting better and we all hoped that by now the situation would have continued to improve. Sadly, it’s clear that the pandemic continues to have a serious impact and so once again we are offering a 90-day free trial of the Mac and Windows versions of the whole Affinity suite for anyone who wants to use them. Even if you used the trial last year, you can do it again. There’s also a 50% discount if you would prefer to buy and keep the apps, including our iPad versions, as well as a half price offer on all digital content in the Affinity Store.

All apps are compatible with both Big Sur and M1 Macs.