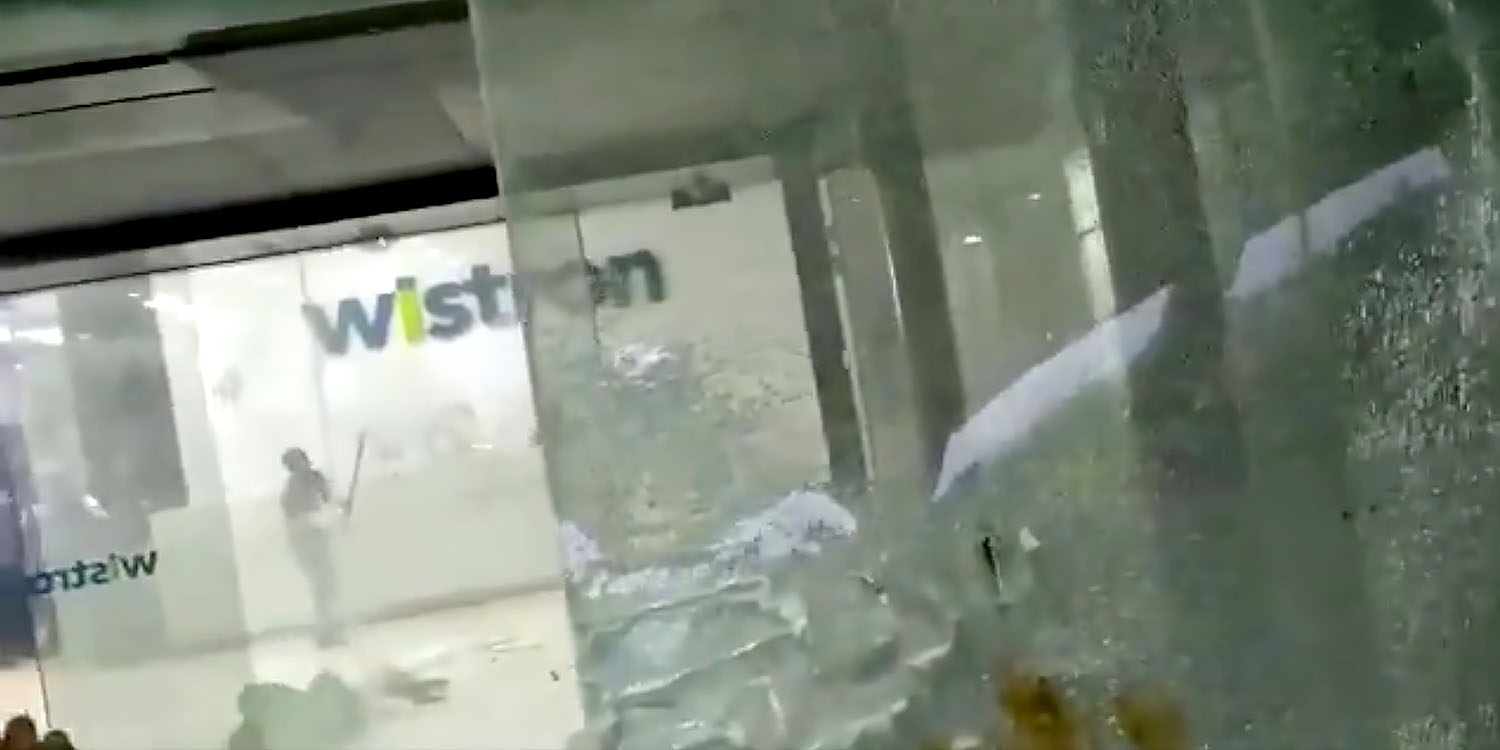 Wistron iPhone production is restarting in India almost two months after an employee riot caused millions of dollars’ worth of damage to the plant.

That isn’t the end of the matter, however, with Apple stating that the supplier is still on probation …

Hundreds of Wistron employees – or contractors employed through an agency – took part in a riot at the company’s iPhone plant in Bangalore, India, back in December.

Video footage shows people attacking assembly units, smashing windows, overturning cars, and starting a fire. Wistron puts the total cost of the damage at 4.38B rupees ($60M) [subsequently downgraded to around $6M]. The violent protest, which took place on Saturday, was said to be over underpaid wages by Wistron.

Serious violations of labour laws were taking place at the iPhone manufacturing facility in India where a workers’ protest on Saturday turned violent and caused US$7 million worth of damage, a report by the Karnataka state government has found.

Exploitative practices such as underpayment of wages, irregular hours and poor working conditions were common at the Wistron Corporation assembling and manufacturing unit in the southern Indian state of Karnataka, as detailed by its Department of Factories, Boilers, Industrial Safety and Health.

Apple sent in its own investigation team, also confirming the abuses. The Cupertino company announced that Wistron would not be eligible to win any additional Apple business until the matter was fully resolved, and steps were put in place to prevent any repetition. Existing contracts would, however, be honored.

Reuters reports that the company is now working on a restart, though Apple says that it remains on probation.

Wistron said on Tuesday it was looking to restart operations at its factory in southern India which was shut late last year after workers went on a rampage at the site.

Wistron was working hard to raise standards and fix issues at the plant in Karnataka’s Kolar district, the Taiwanese company said in a statement […]

“For the past eight weeks, teams across Apple, along with independent auditors, have been working with Wistron to make sure the necessary systems and processes are in place at their Narasapura facility,” Apple said in a statement. “Wistron remains on probation and we will monitor their progress closely.”