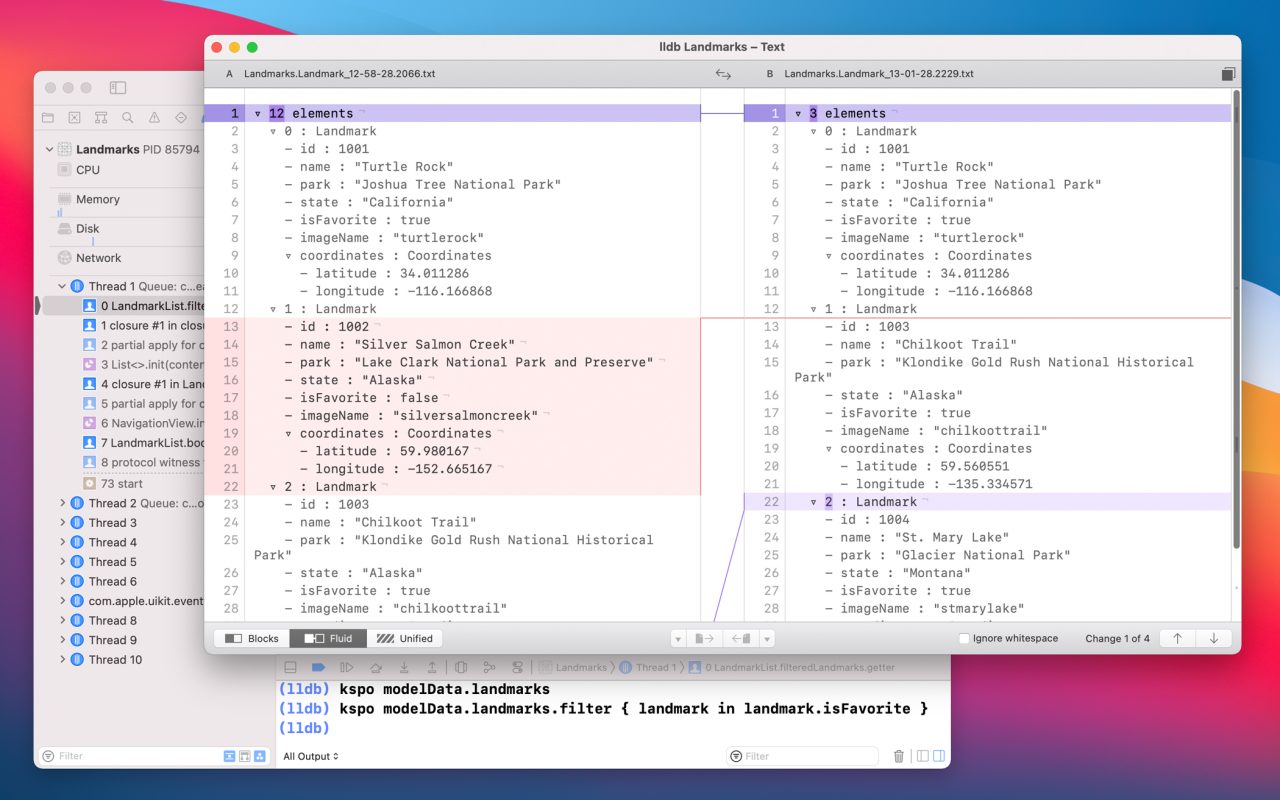 Kaleidoscope is a popular app that lets users easily compare the differences between folders, documents, images, and other files. Today the Mac version of the app is getting a major update with Xcode Debugger integration and other usability improvements.

After a long period without major updates, Kaleidoscope has been acquired by Letter Opener GmbH, which is now committed to providing regular updates to the app with new features. Following the release of an update last month to reduce memory usage, Kaleidoscope 2.4 brings new options focused on developers.

The new Xcode Debugger integration provides “ksp” and “kspo” commands in “lldb,” as well as new inputs with the “ksdiff” tool.

We are proud of how the feature turned out. It allows sending any debugger output from Xcode, text or graphics, to Kaleidoscope for visual comparison. The driving force behind this is the ksdiff command-line tool, which gained two great new features as part of the process: one is the ability to send content to a specific Kaleidoscope window. The second one is the ability to pipe content into it. This enables unlimited new use cases for Unix aficionados.

In addition to these new features, the update also improves Kaleidoscope’s compatibility with macOS Big Sur by fixing some known glitches from previous versions, and it also fixes a bug where the app would crash when launched with VoiceOver turned on. The company says that the app will be updated with Dark Mode and Apple Silicon support sometime later this year.

You can buy Kaleidoscope on the Mac App Store for $69.99 or get the free 14-day trial on the app’s website. There’s also an iPad version of the app, which is available for free on the App Store with a $19.99 in-app purchase to unlock all features.