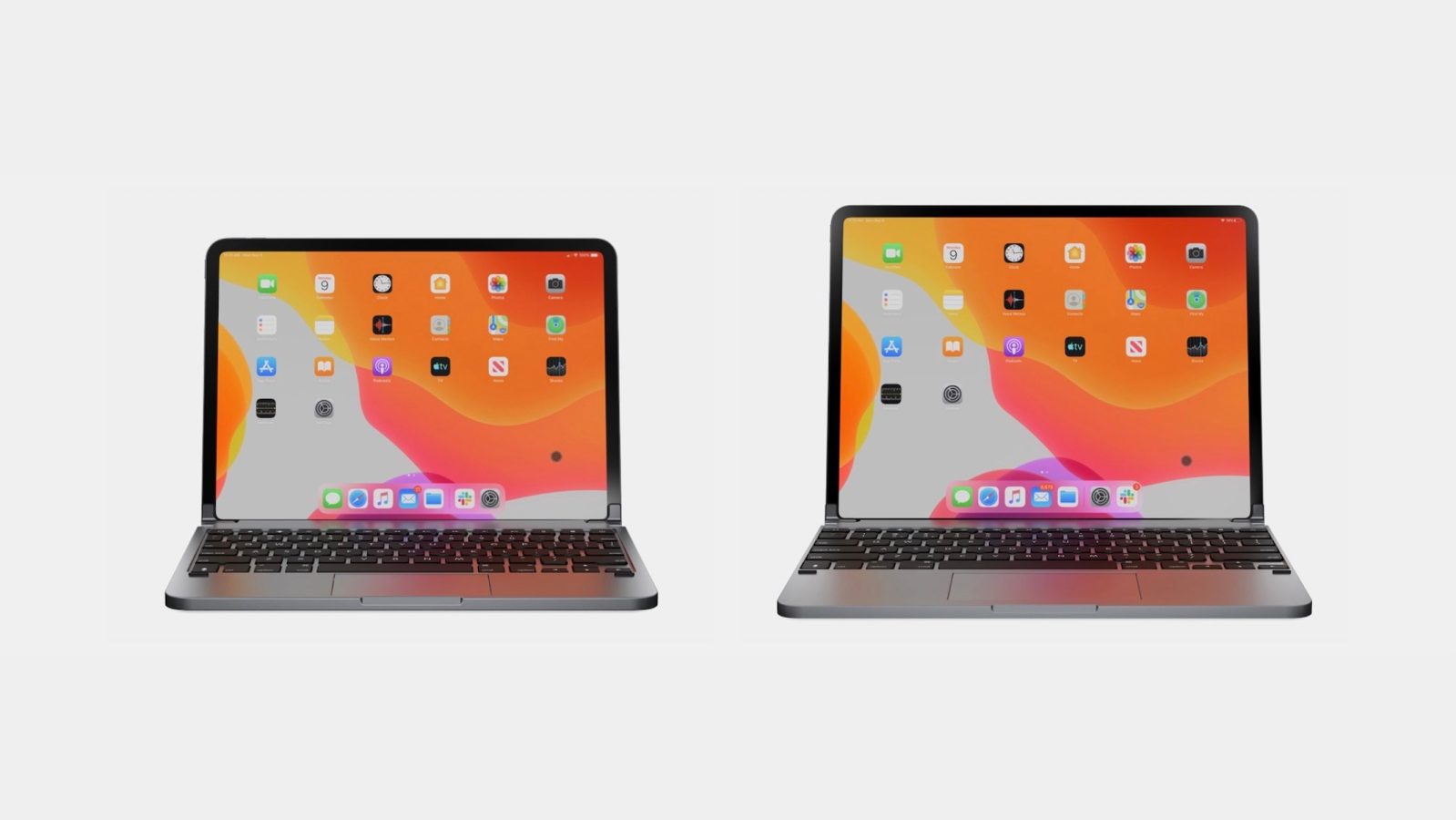 The popular iPad accessory maker Brydge is returning to public life today with a series of announcements. The company is introducing multi-touch trackpad support for its Pro+ keyboards, as well as an all-new MAX+ keyboard and trackpad combo case, featuring OtterBox protection, for the 8th generation iPad.

I’ve spent the last few weeks testing Brydge’s new firmware with multi-touch support on the Pro+. Head below for the details.

As a quick refresher, Brydge introduced its Pro+ keyboard/trackpad combo for the 11-inch and 12.9-inch iPad Pro models in early 2020. A few months later, Apple released its Magic Keyboard for the iPad Pro alongside support for trackpad support in iPadOS 13.4.

This is what’s changing today. If you’ve been wondering what Brydge has been up to for the past eight months, it’s this. The company has announced the release of new firmware that adds native multi-touch to its iPad Pro+ keyboards, bringing them up to par with Apple’s Magic Keyboard.

In a press release, Brydge explains that following the release of the Pro+ keyboards in early 2020, it “quickly identified that leveraging the full capabilities of iPadOS’s multi-touch experience was critical.”

“We knew from day one that our firmware would be a key part in the continuous improvement of our iPad keyboards. This update is a true game-changer and we couldn’t be more excited to deliver a user experience to both existing and future customers that is on par with the best.” – Nick Smith, Co-CEO & Founder of Brydge

According to Brydge’s beta registration page, iPadOS 14.5 is required to use the new Pro+ firmware with multi-touch trackpad support, but other details about the work that Brydge did behind the scenes to make this feature possible are unclear. iPadOS 14.5 is currently in developer and public beta testing, with a full release expected sometime in the spring.

Brydge says that the new Pro+ firmware will be released to all Pro+ keyboard users in April. In the meantime, customers are invited to join ​Brydge’s Beta Program to participate throughout the final testing stages of its development.

The company says the first 500 people who join the Brydge Beta Program will receive access as soon as next week. A broader beta test will begin in early March ahead of the full release in April.

Brydge will make this firmware update available for free to all Pro+ users. The update will be released via the Brydge Connect app for iPad, which is available on the App Store.

Coinciding with today’s announcement, Brydge is also announcing a sale on its Pro+ keyboards:

I’ve spent the past few weeks testing the Brydge Pro+ with the newest firmware and iPadOS 14.5 on my 12.9-inch iPad Pro, and I’m impressed with the improvements Brydge has made to the experience.

First and foremost, I think it’s important to note how seamless the firmware update was. It took less than a minute to install the update via the Brydge Connect app, and multi-touch was then immediately available. This also means that it will be easy for Brydge to respond to customer feedback and release additional updates to further refine the experience.

Once the new firmware is installed on the Brydge Pro+, it really does feel like a completely new product. The lack of multi-touch support was a crippling limitation when the Pro+ was announced last year, and the new experience is vastly improved.

All of the multi-touch gestures you get with the Magic Keyboard and iPad Pro are now supported on the Pro+. This includes:

The gestures feel refined and very Apple-like, and I very rarely noticed any lag or hiccups in multi-touch gesture performance or animation. It’s impressive what Brydge has been able to do via a software update to a product that was first introduced a year ago.

That’s not to say the Pro+ is without its quirks. One issue that I’ve noticed multiple times is that the cursor likes to occasionally and sporadically jump around. This can make it hard to do tasks that require precise cursor movement, such as text editing.

The biggest advantage of the Smart Connector-equipped Magic Keyboard is that it removes Bluetooth from the equation altogether. The Smart Connector provides a more refined experience overall than Bluetooth can, and most of the quirks with the Pro+ seem to be attributable to Bluetooth oddities, which is unfortunate.

Despite the quirks, I’m impressed with the Brydge Pro+ firmware update and the company’s ability to adapt to changes in iPadOS and new competition from Apple in this arena. The Pro+ was designed and engineered before iPadOS added official cursor support, and Brydge has spent the last eight months working to bring its Pro+ up to par with the Magic Keyboard experience.

It’s hard for a third-party accessory maker to compete with Apple in these areas, but Brydge has done a surprisingly good job. In fact, when it comes to deciding between the Magic Keyboard and the Brydge Pro+, I think the design differences are the most important things to consider now that performance is so similar.

In addition to the new Pro+ firmware announcement, Brydge has also unveiled a new MAX+ keyboard/trackpad combo case for the 8th generation iPad. One of the key features here is that the MAX+ integrates protection from OtterBox and features a detachable design for added versatility.

The ​10.2 MAX+ combines the functionality of a traditional Brydge keyboard with the award-winning protection of OtterBox.

In addition to the standard Brydge keyboard features, the 10.2 MAX+ features the largest multi-touch trackpad available for the iPad (8th & 7th generation), a detachable MIL-STD-810G iPad case with 4-foot drop protection, new magnetic snap-fit hinge design and the longest battery to ever be included in a Brydge keyboard. These keyboards are designed for students and professionals alike and are now on ​pre-order​ for shipping in late March.

You can pre-order the new Brydge 10.2 MAX+ today for $159.99, with the first orders shipping in late March. Stay tuned to 9to5Mac for a hands-on review coming soon.