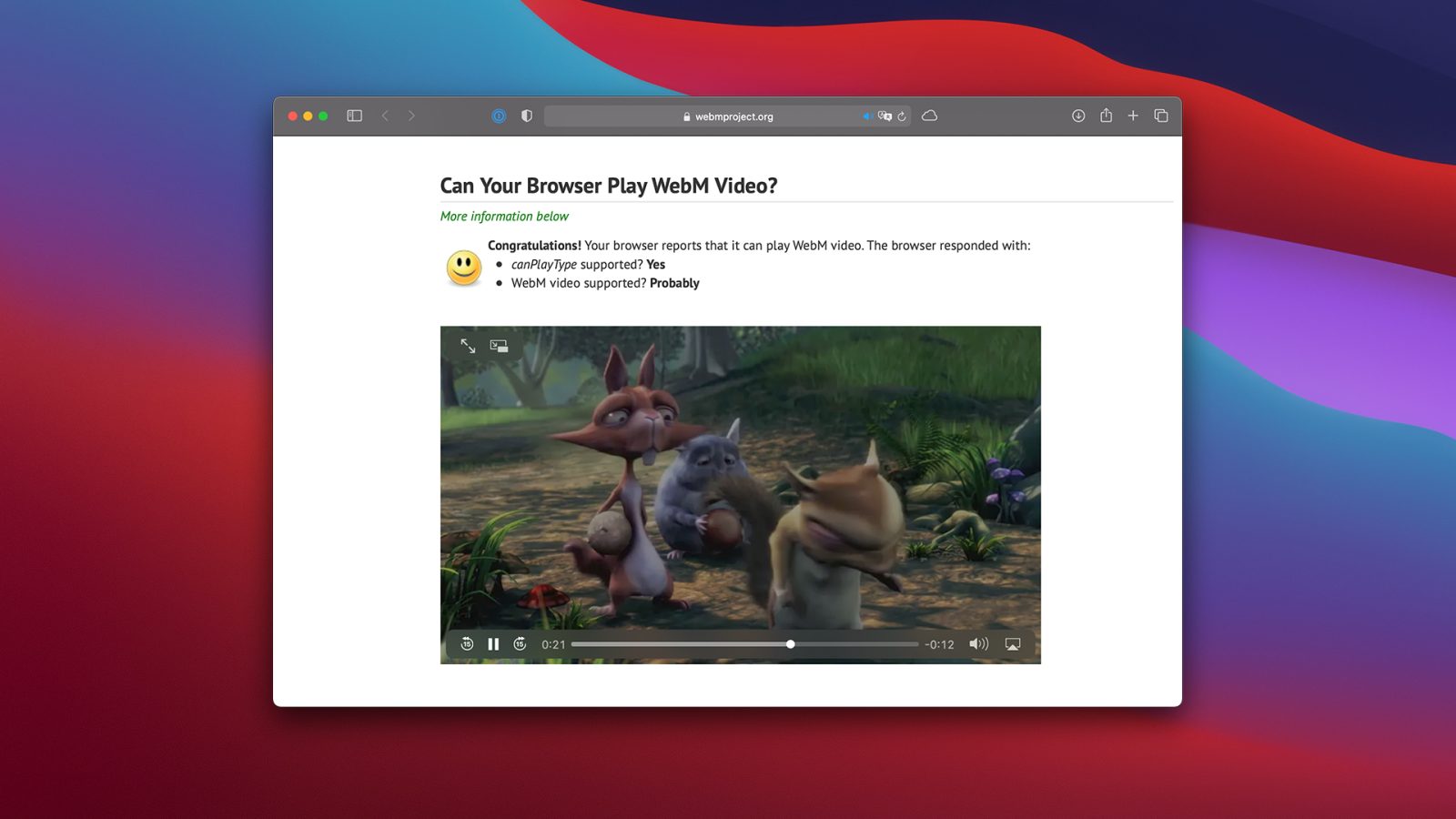 As noted by The 8-Bit, WebM video compatibility has been added to Safari with macOS Big Sur 11.3 beta 2. For those unfamiliar with the format, WebM is a royalty-free video codec created by Google in 2010 — similar to the WebP image format, also developed by Google.

Although nearly all current web browsers support WebP video, Apple has never added WebP support to Safari. Back in 2010, Steve Jobs argued that the WebM format was “a mess” and that Apple had no plans to adopt the codec. The company has always given preference to H.264 and H.265 codecs, which are not royalty-free but are widely used by popular streaming services .

If you’re running macOS Big Sur 11.3 beta 2 on your Mac, you can try playing a WebM video by going to the WebM Project website, which has a demonstration video available there.

Prior to that, Apple also added support for the WebP image format to Safari with macOS Big Sur, not to mention support for VP9 videos — which enabled 4K HDR videos on websites like YouTube and Netflix. Safari also gained other important features with Big Sur, including a built-in translator and more privacy controls.

macOS Big Sur 11.3 beta is currently available for developers and users registered in the Apple Beta Software Program. Apple hasn’t announced when the update will be available to the public.