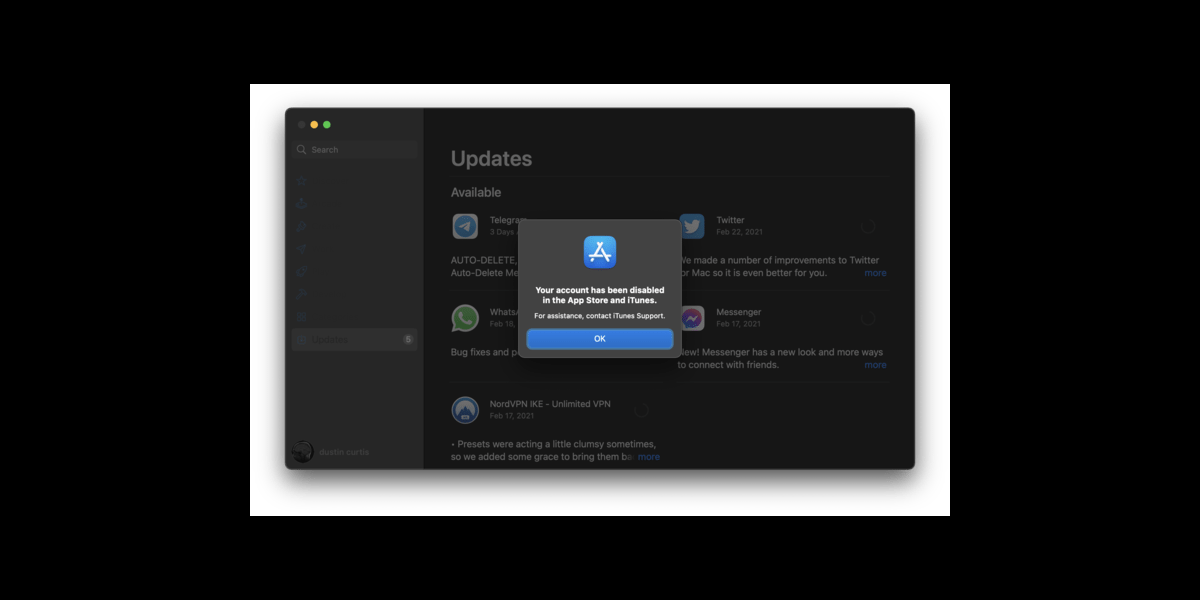 An M1 Mac user says he saw his Apple ID held hostage when a sequence of events meant that the Cupertino company was unable to collect the balance owing from his Apple Card.

He says access to his Apple accounts progressively ceased, beginning with the App Store…

Designer and investor Dustin Curtis initially didn’t have any idea what was going on, as he had missed an email, but he subsequently worked out the sequence of events, as he explained in a lengthy blog post:

*The one unclear aspect of his post is whether access to his accounts was suspended everywhere, or just on the Mac he’d bought. Apple’s email wording is somewhat ambiguous:

We’ve been unable to collect full payment for your new iPhone [sic – Apple meant a Mac]. As a result, we will block the device on the order from further access to the Apple iTunes and Mac App stores, and disable all accounts associated with the device purchased on the order.

To resolve this issue, please call 1-877-255-5923 to speak with an Apple Card Specialist at Goldman Sachs. Once the issue has been resolved, reply to this email so we can charge your card for the difference in value.

To add to the fun, there was a typo in the reply-to address, which was “preceivables” instead of (presumably) “receiveables,” which meant Curtis’s reply bounced.

He eventually sorted things by speaking with Goldman Sachs, but they could only email the Apple ID team, which takes three to five business days to respond.

He says the events are extremely concerning for several reasons.

Granted there was clearly user error here on the part of Curtis. The issue only occurred because he forgot about the Mac trade-in until it was past the 14-day period to send it to Apple, and because he also had no valid autopay method associated with his Apple Card. The combination of the two things meant he was effectively in possession of a Mac for which he hadn’t provided full payment.

If the Apple ID was only disabled on the Mac concerned, this seems fair enough – it could easily appear to Apple to be a case of attempted fraud, and Apple was rendering the machine less usable. But if his ID was disabled for all devices, that seems to raise bigger questions. An iCloud account could easily contain time-sensitive business information, and inability to access that could have considerable consequences.