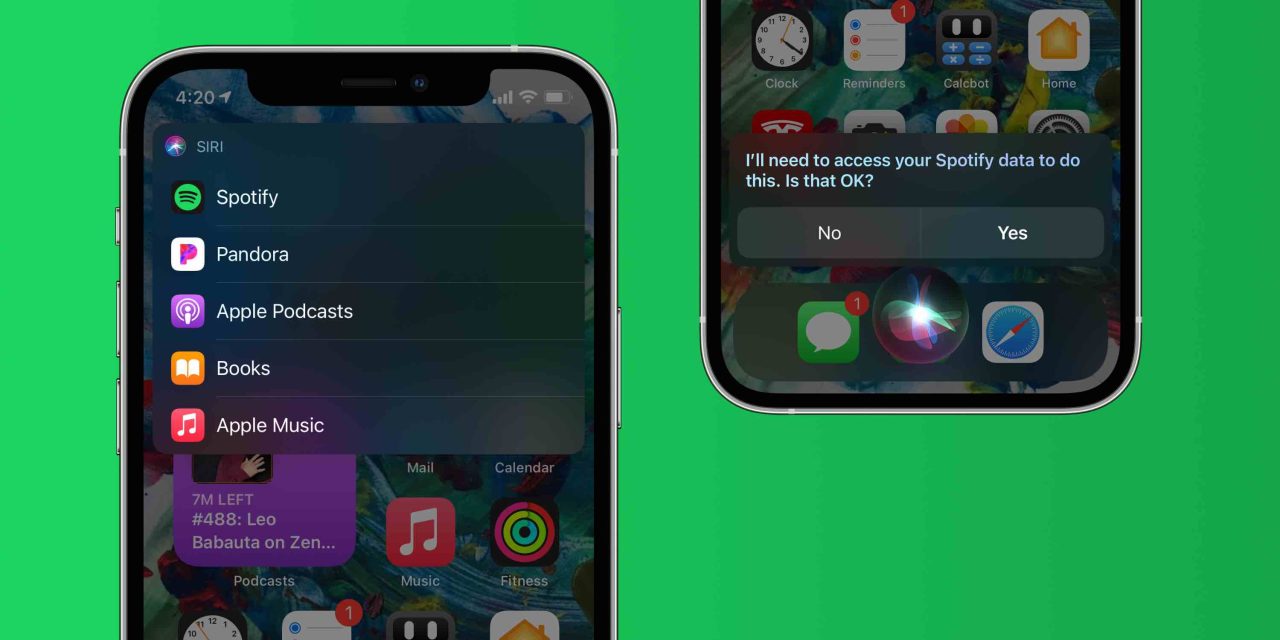 One of the new features introduced with the iOS 14.5 beta was the ability to change the default music player used for Siri commands, similar to what’s already available to HomePod users. For some unknown reason, this option was removed from iOS 14.5 beta 2, but Apple has re-enabled it with today’s release of iOS 14.5 beta 3.

In addition to letting users set third-party email apps and web browsers as default, iOS 14 included options to change the default player for music, podcasts, and audiobooks on the HomePod. Now this same feature is coming to the iPhone and iPad with iOS 14.5.

When you ask Siri to play a song for the first time after installing the iOS 14.5 beta, Apple’s virtual assistant will ask you which app you want to use. After tapping one of the options, it will become the default for the next commands. This works for apps like Spotify, Pandora, and Amazon Music.

We don’t know why Apple removed this feature from the second beta release of iOS 14.5, but it’s now back with the third beta. Unfortunately, there’s no option in the Settings app to change the default music app, so you have to use Siri every time you want to set another app as the default.