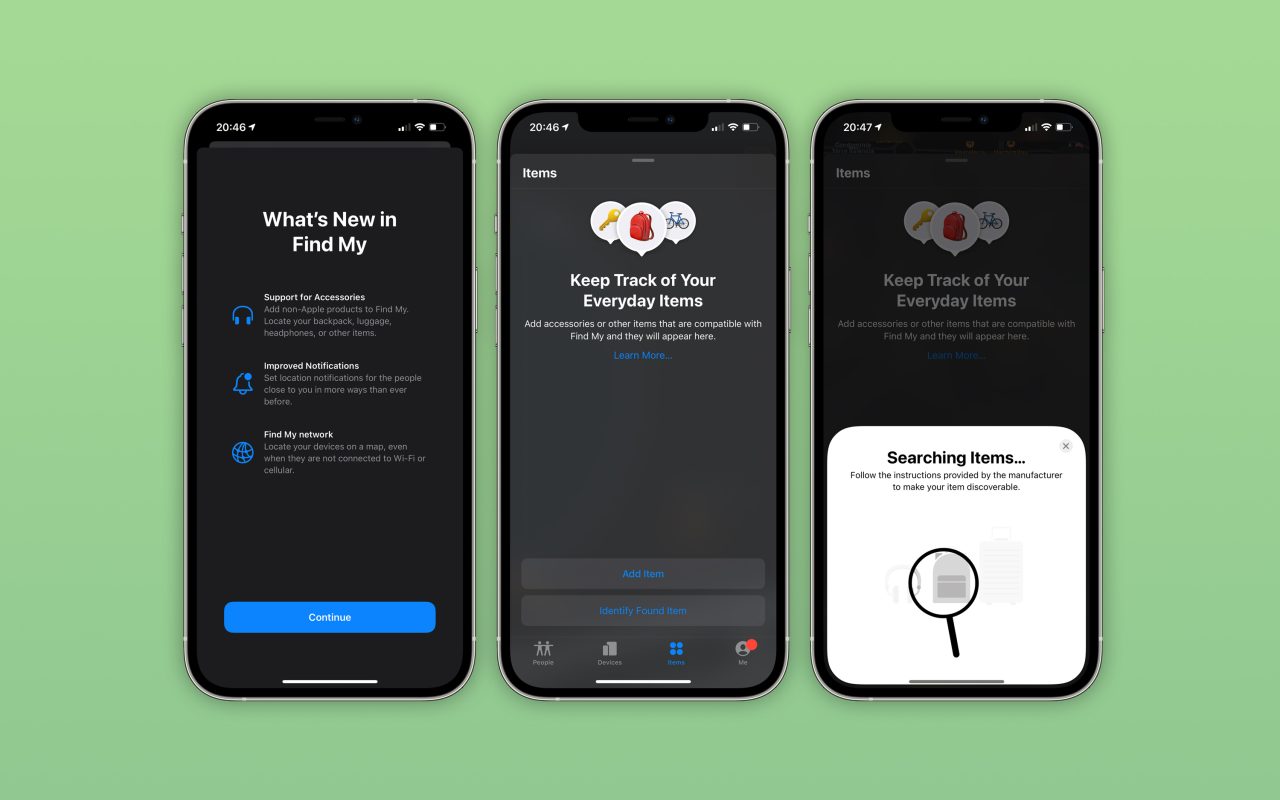 Apple today released the third iOS 14.5 beta to developers, following two other betas that brought some nice changes for iPhone and iPad users. With today’s beta release, the company has enabled the new “Items” tab in the Find My app, which will allow users to track the rumored AirTags and third-party accessories.

9to5Mac reported in November last year that Apple began adding support for AirTags and other tracking accessories with iOS 14.3 based on internal code found in the system. Users subsequently discovered that there’s a way to enable the new Items tab in the Find My app, which was hidden until now.

However, with iOS 14.5 beta 3, the new Items tab comes enabled by default in the Find My app, which suggests that Apple is finally close to launching its Find My network to let users track objects by using smart tags — including Apple’s own AirTags. The change was noticed by user @IceCoolTech on Twitter.

When opening Find My for the first time in iOS 14.5, users will see a new welcome screen showing what’s new in the app. This includes support for tracking accessories, improved notifications, and the Find My network. By tapping the Items tab, users can add a new accessory to the Find My app or identify a found item that doesn’t belong to them.

In addition to AirTags, Apple announced at WWDC 2020 that third-party tracking accessories can be integrated into the Find My app with iOS 14. That means companies like Tile can make their tags work with the Find My network, which features offline tracking just like Apple devices. Some of the Beats headphones will also be compatible with the Find My app.

Recent rumors have suggested that Apple will introduce AirTags in March, so it makes sense that Apple is making the final tweaks in iOS 14.5 to make it compatible with this new accessory.