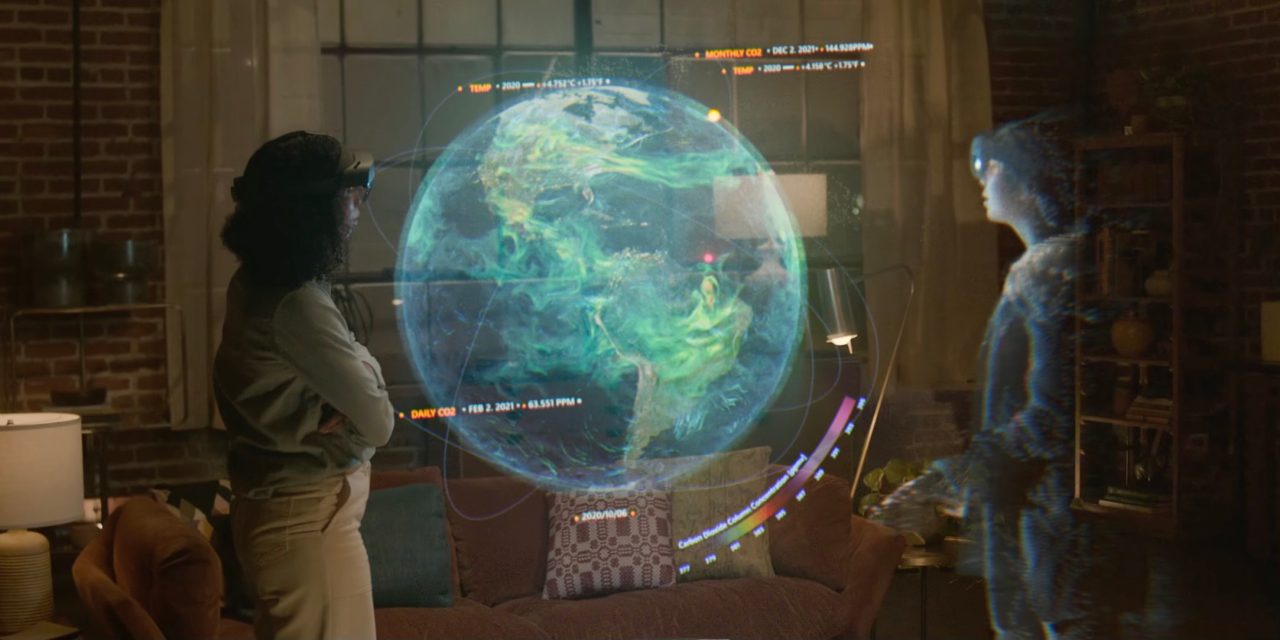 Apple’s CEO Tim Cook has shared multiple times that he believes AR is “the next big thing.” And he thinks that it will come to “pervade our entire lives.” Apple Glasses are expected to arrive down the road, but before that, Apple is rumored to launch its first AR headset this year or next.

And of course, Apple will have competition in the space from Facebook, Google, Samsung, Qualcomm, Microsoft, and likely others.

While it’s still early for widespread adoption of AR, Microsoft shared a vision for how it wants to offer compelling experiences in the mixed-reality space by announcing Microsoft Mesh.

In a promo video, the company highlights connection, communication, and collaboration with a variety of use cases from physical therapy to business, engineering to airspace control with the tagline “The future is here. And here can be anywhere.”

The Verge got a demo with Microsoft’s HoloLens inventor, Alex Kipman who also shared his excitement about Mesh:

Mesh is a collaborative platform that allows anyone to have shared virtual experiences on a variety of devices. “This has been the dream for mixed reality, the idea from the very beginning,” explains Kipman. “You can actually feel like you’re in the same place with someone sharing content or you can teleport from different mixed reality devices and be present with people even when you’re not physically together.”

At first, Mesh will render people with virtual avatars, but Microsoft will later launch “holoportation” on the platform making science-fiction a reality with users showing up as digital versions of themselves.

Kipman talked about a mixed-reality version of Microsoft Teams that Mesh could enable. And the company also partnered with Niantic to show off what Microsoft Mesh could mean for games like Pokémon GO.

“While this demo is not intended for consumer use, it offers an early glimpse into the future evolutions in both software and hardware,” says John Hanke, CEO and founder of Niantic. “We’ve only scratched the surface. We know the years ahead to be filled with important achievements which will serve as waypoints in AR’s journey to become a life-changing computing platform.”

While Niantic is excited to be partnering with Microsoft and its new Mesh platform early on here, Hanke also said he expects “a world where there are multiple headsets in the market, there are going to be multiple platforms” (via CNET), hinting that it’s planning to partner with other like Apple, and Facebook’s Oculus as AR/VR takes off.