Hands-on: This is what it’s like using Apple Music on Samsung’s Galaxy S21+ 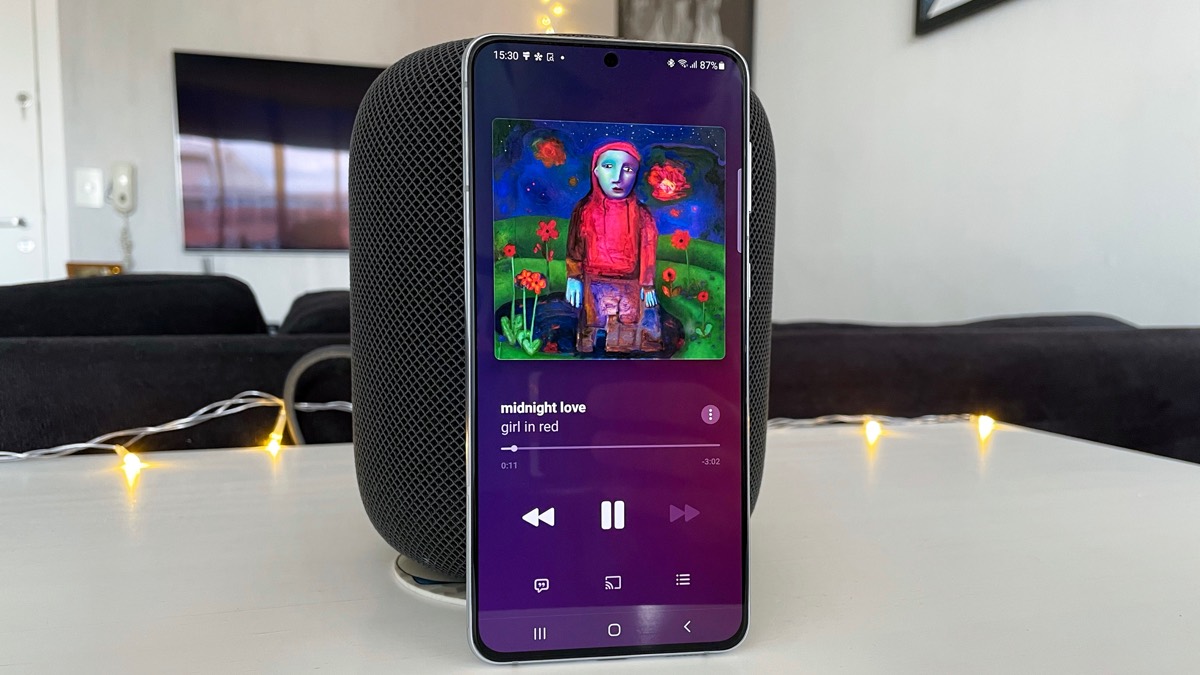 When you set up a new iPhone, you’re likely going to use the Apple Music app, especially since you get a three-month free trial. But when you buy an Android phone, is Apple Music the first music-streaming service you think about? Probably not. If you’re wondering how the Apple Music experience is on the Samsung Galaxy S21+, here it is.

Samsung Galaxy S21+ is one of the best flagship phones for 2021. With 8GB RAM and 128GB internal storage, it runs Qualcomm’s Snapdragon 888, has three main camera sensors, and a built-in fingerprint scanner. While we’re not here to talk about Galaxy S phones’ specs, it’s worth noting that they’re really great phones. Now, let’s jump to the Apple Music part.

First of all, pricing is the same as you’d expect on the iPhone: $9.99 per month with an individual account, $4.99 if you’re a college student, and $14.99 for a family subscription for up to six people. If you are an Apple One subscriber, you can also use your Apple Music subscription on an Android phone.

After I logged in with my Apple ID on the Android Apple Music app, it asked if I wanted to automatically send diagnostics for Apple. As on iPhone, you can deny it.

Apple Music has the same five tabs on the Galaxy S21+ as it has on the iPhone: “Listen Now,” “Browse,” “Radio,” “Library,” and “Search.” The only real difference I noticed is the menu toggle on the right upper corner, where I can access “Settings” and “Account.”

As I was writing this article, even with the Dark Mode enabled on the Galaxy S21+, Apple Music was still on the Light Mode. I thought that Apple didn’t update the app with this function, but after opening the Settings tab, I could switch Light Mode for Dark Mode and also set the theme as “System Default.”

Apart from that, I had some trouble updating my library. For some reason, it took a long time for all my songs to appear and an error box showed up multiple times during the process. Eventually, when the library correctly appeared, I didn’t have any other problems.

Since the first app Apple ever introduced on the Android system was Move to iOS, I thought that there could be features missing on Apple Music (its second app on the Play Store), but I was wrong. I can share a song to Instagram Story, view live lyrics, toggle on the infinite button to keep on listen to similar songs, and all.

Also, all my favorite playlists are there, Apple Music 1, videoclips, and I can follow friends, add their playlists, and edit my profile.

And the best part of using the Apple Music app on the Samsung Galaxy S21+ was the 120Hz refresh rate OLED screen. Everything runs really smoothly.

As for the AirPods experience, well, it’s just a regular wireless earbud for the Samsung ecosystem, but I found it very amusing to use Samsung Galaxy Buds+.

With the Galaxy Wearable app, I could use some features unavailable on the AirPods, such as turning the volume up and down while pressing and holding one side of the Buds. Samsung’s wireless earbuds also have a “read notification aloud” and a “Find my Earbuds” feature, similar to AirPods

Of course there are no blue bubbles on Samsung phones or FaceTime calls, but I was surprised that the Android version of Apple Music is really similar to the iPhone’s experience. This even includes bugs such as trouble with the play count of your songs or some albums appearing with the wrong cover.

You also won’t be able to seamlessly play a song on HomePod using Handoff with the Galaxy S21+, but you can’t have it all, can you?