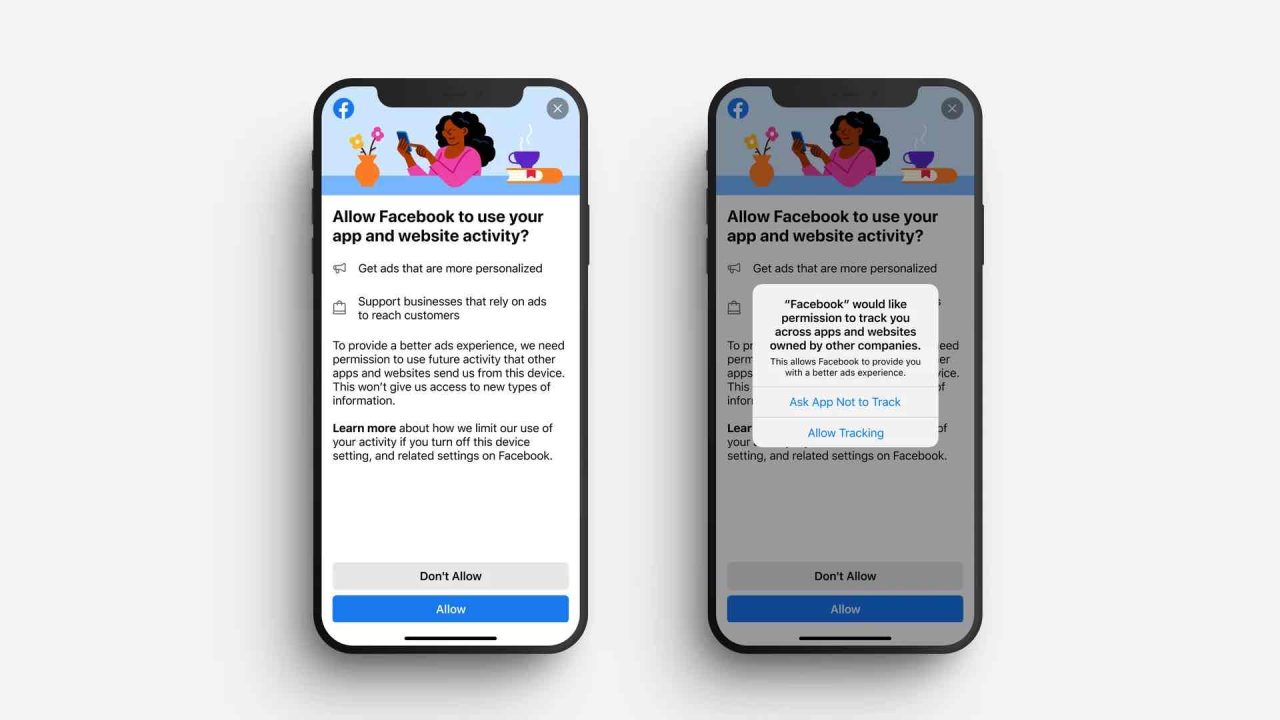 Apple has become even more aggressive with its privacy policy since the introduction of iOS 14, which added multiple new features to let users control how third-party apps use their data. Facebook has been criticizing these changes, and now some former employees explained how the iOS privacy features are affecting the company.

Apple is working on a new feature called App Tracking Transparency that will be released to all users this spring with iOS 14.5. Once this feature goes live, apps will no longer be able to track users between other apps and websites without requiring users’ permission. Facebook, of course, is not happy about this since the social network relies on advertisements for its revenue.

CNBC spoke with some former Facebook employees who detailed how exactly the company will be affected by Apple’s new privacy policies. Just like other platforms that sell advertisements, Facebook uses something called “view-through conversions” to measure how many users saw an ad and didn’t immediately interact with it, but later made a related purchase.

After the purchase is made, the retailer records the IDFA of the user who bought the jeans and shares it with Facebook, which can determine whether the IDFA matches with a user who saw an ad for the jeans. This shows the retailer that their Facebook ad worked.

The Identifier for Advertisers (IDFA) also gives Facebook and advertisers a lot of information about the user who interacted with the ad, which also helps them determine to which users a specific ad will be shown.

With App Tracking Transparency in iOS 14, users will be able to opt out of letting Facebook record the IDFA, which would make it difficult to measure whether the ad was successful in its purpose. This could result in fewer advertisers using Facebook apps to promote their products and services, which will definitely make the company lose money.

The company also fears losing advertisers to Google, which currently has the largest online advertising platform with Google Ads.

Facebook is the number-two recipient of online ad dollars, behind Google. One particular threat is that advertisers will pour more money into Google’s search ad business, which Facebook cannot duplicate, and which targets users at the time of conversion.

Facebook has been attacking Apple with campaigns that say the iOS 14 privacy changes will hurt small businesses, as many of them use Facebook’s platforms to advertise their products and services. However, a former Facebook employee argues that these changes may not affect small businesses as these businesses are usually located in specific cities or states, which makes it easier to determine the ad’s target audience without using IDFA trackers.

If you’re a small coffee shop in Austin, Texas, for example, you may not need too much data to target your ads, said Henry Love, a former employee on Facebook’s small business team. A business like that typically limits its targeting to fairly broad categories — for instance, an age range and a distance range from a specific zip code would let them target ads to Facebook users in their proximity.

“If you talked to any restaurant owner anywhere and asked them what IDFA is, I don’t think any of them would know what that is,” Love said. “It’s affecting Facebook at scale. Not the small business owners.”

It doesn’t seem like Facebook will try to disobey Apple, but the company will have a hard time trying to convince its users to enable the tracking option with iOS 14.5 — which is expected to be released later this month.