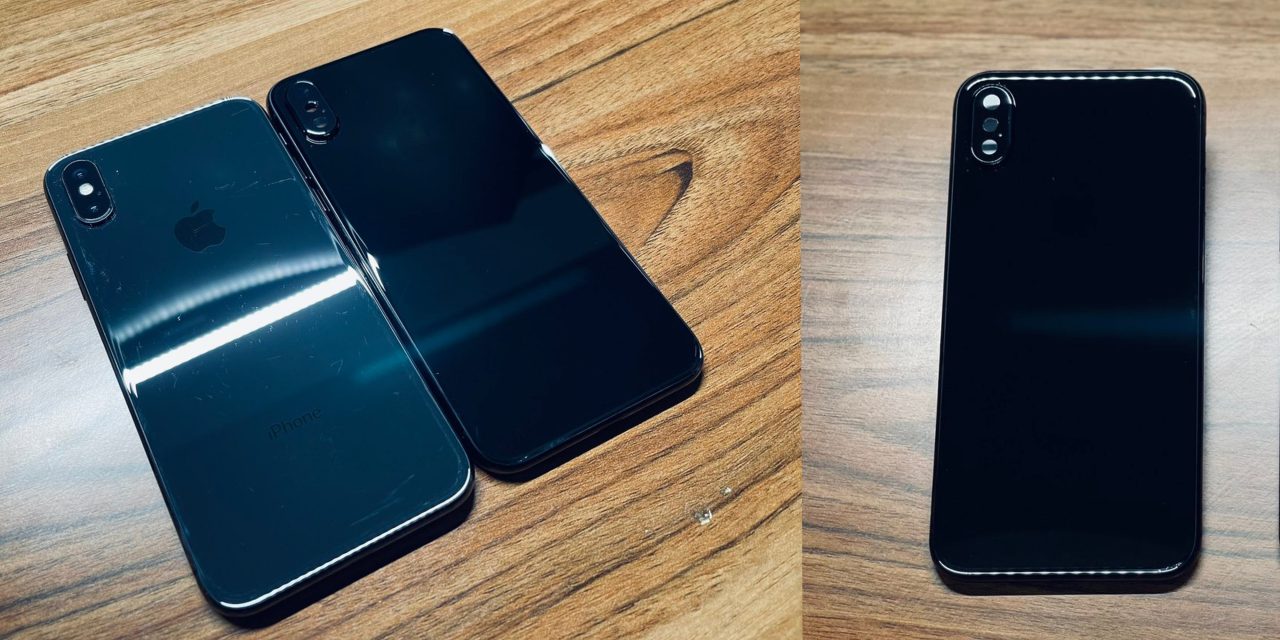 Newly shared prototype images today show that Apple considered making the iPhone X in the dark and glossy “jet black” finish. This color was incredibly popular when it first introduced with the iPhone 7, but it had some major durability concerns…

The images come from Mr. White on Twitter, who regularly shares prototypes of older Apple products. These images show the iPhone X design in jet black alongside the space gray version that Apple ultimately shipped. The jet black color is clearly much darker than the space gray ended up being.

As a refresher, the iPhone X was available in only two colors: space gray and silver. Apple had reportedly planned a version of the iPhone X in gold, as evident by images leaked by the FCC, but it never ultimately saw the light of day.

The jet black variant of the iPhone 7 was very popular, and likewise very hard to get at first due to supply and demand imbalances. Notably, this popularity came despite concerns over durability. Even Apple cautioned that the jet black iPhone 7 would be prone to “fine micro-abrasions,” saying at the time:

The high-gloss finish of the jet black iPhone 7 is achieved through a precision nine-step anodization and polishing process. Its surface is equally as hard as other anodized Apple products; however, its high shine may show fine micro-abrasions with use. If you are concerned about this, we suggest you use one of the many cases available to protect your iPhone.

Sure enough, my 9to5Mac colleague Zac Hall shared a follow-up one year after the iPhone 7’s introduction, showing just how beat up his jet black iPhone 7 had become.

These durability concerns could be why Apple decided against making the iPhone X available in jet black the following year, despite prototyping the idea. The iPhone X was also severely supply constrained, and Apple likely had to reduce the number of SKUs in order to simplify production and keep up with demand.

What do you think of the prototype iPhone X in jet black? Would have you have opted for jet black if given the option in 2017? Let us know down in the comments!