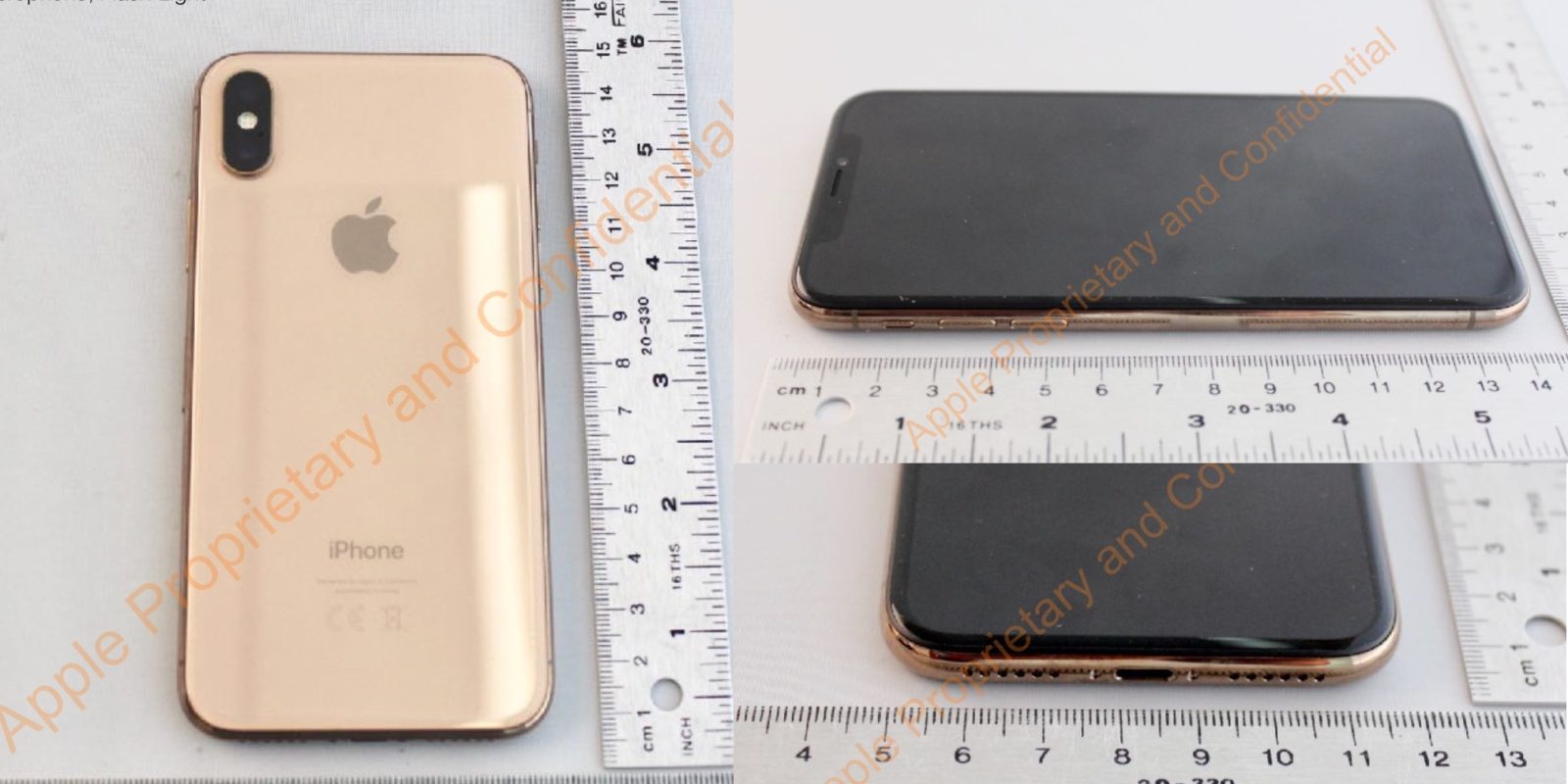 This seems a little too good to be true, but the FCC appears to have published photos of a gold iPhone X. Dated from last September and released earlier in April, these photos show an iPhone X unmistakably in an unreleased gold finish.

The prototype device has rich gold stainless steel frame and a lighter gold glass back, which appears to match the gold shade seen in iPhone 8. More photos below …

This does not seem to be a mere trick of the light. The edges of the device especially are very gold, and the light in the room appears to be pretty neutral. The white ruler for example is still a very clear shade of white.

The photo annotations do include reference to an ‘LCD display’, which is a little strange as the iPhone X uses an OLED panel. Other than that, it resembles an iPhone X in every way … in a never-before-seen color.

The phone has European markings as shown by the logos on the rear of the device. Most of the pictures are dated back to September or October 2017, with the documents only being publicly released earlier this month. The documentation indicates that this iPhone X has a ‘A1903’ model identifier, current iPhone X models in existence have identifiers ‘A1865’, ‘A1901’, and ‘A1902’.

Supply chain reports at the time strongly indicated that Apple had been planning to launch the iPhone X with a gold option, but the company could not reach the necessary yields.

Still, this would be a major blunder by the FCC and/or Apple if this is indeed legitimate. So far, we have not been able to find any inconsistencies however. This really does seem like the third color of iPhone X Apple planned to release alongside the silver and space gray colors.