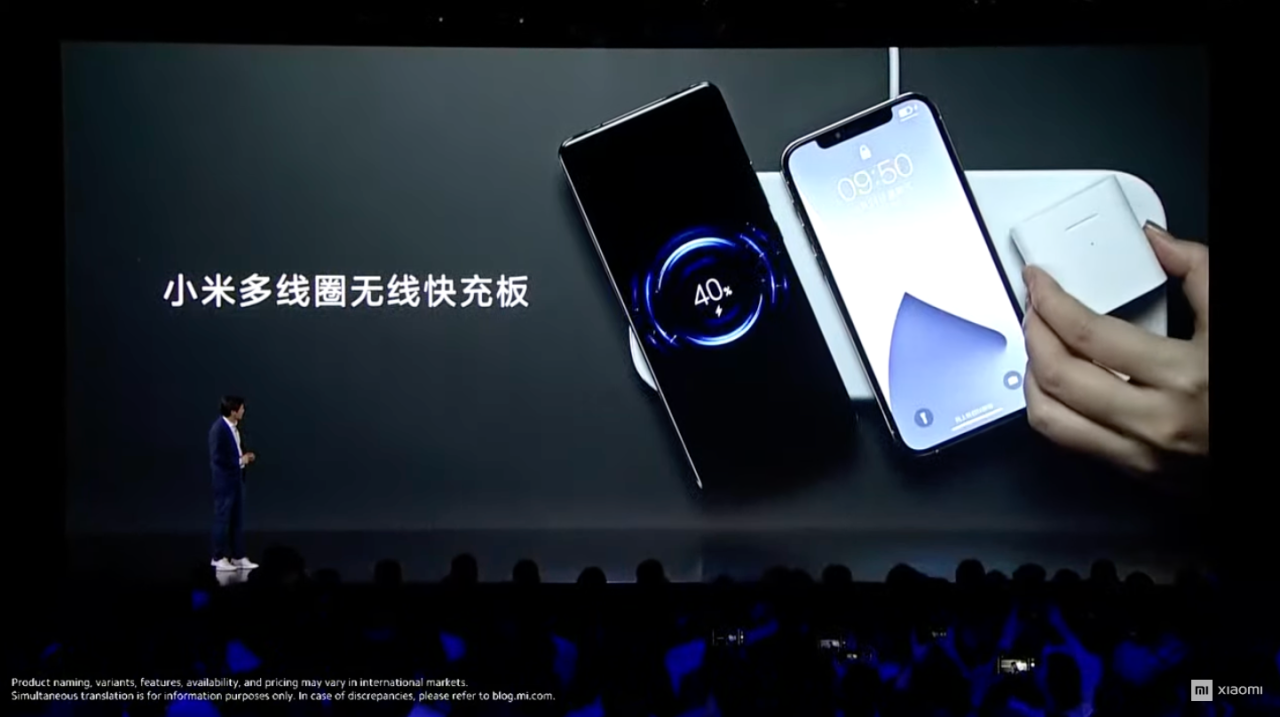 At a launch event today, Xiaomi debuted its latest smartphone lineup and more. One of the new accessories is an AirPower clone with an affordable price. And interestingly, the company says it started work on it when Apple gave up – that’s today, two years ago. Alongside that multi-device charger, the company also claims to have cracked how to make wireless charging just as fast as wired with a new super high power wireless smartphone charger.

After announcing the new Xiaomi 11 Pro, the company showed off a familiar, yet new product, an AirPower clone. With an almost identical design (though a bit less rounded) this multi-device wireless charging pad offers 19 embedded coils so users can place devices anywhere on the surface. Xiaomi even showed it off with an iPhone in the center (via Ben Geskin).

We’ve seen clones of Apple’s canceled AirPower charger before and they usually come with a compromise like having two places for wireless charging and one fixed spot for Apple Watch. And Aira has offered a similar charger/tech to what Xiaomi is introducing for some time now in the $199 Nomad Base Station Pro (but no Apple Watch charging).

But Xiaomi’s move here is making the AirPower clone super affordable. It’s going to sell for roughly $90. It looks to offer up to 20W of wireless power per device. Keep in mind, no Apple Watch charging and it’s hard to know if or when it might launch outside of China.

Notably, in the keynote, Xiaomi said it took two years to solve the overheating issue of its AirPower clone, which is exactly when Apple announced it was canceling AirPower – March 29, 2019. Apple never publicly shared why it canceled AirPower other than that it was unable to meet its “high standards.” But there were multiple reports that it was indeed the overheating problem that caused the demise of AirPower.

Alongside the multi-device pad, Xiaomi’s new 11 Pro features wild 67W wireless charging that it says is just as fast as wired charging at the same wattage. To power that and the new Xiaomi Ultra, the company released a new 80W wireless charger.

Time will tell if Xiaomi has been able to safely design and manufacture these new high-powered wireless chargers and AirPower clone.