Hands-on with the closest wireless charger we may see to AirPower, now in black 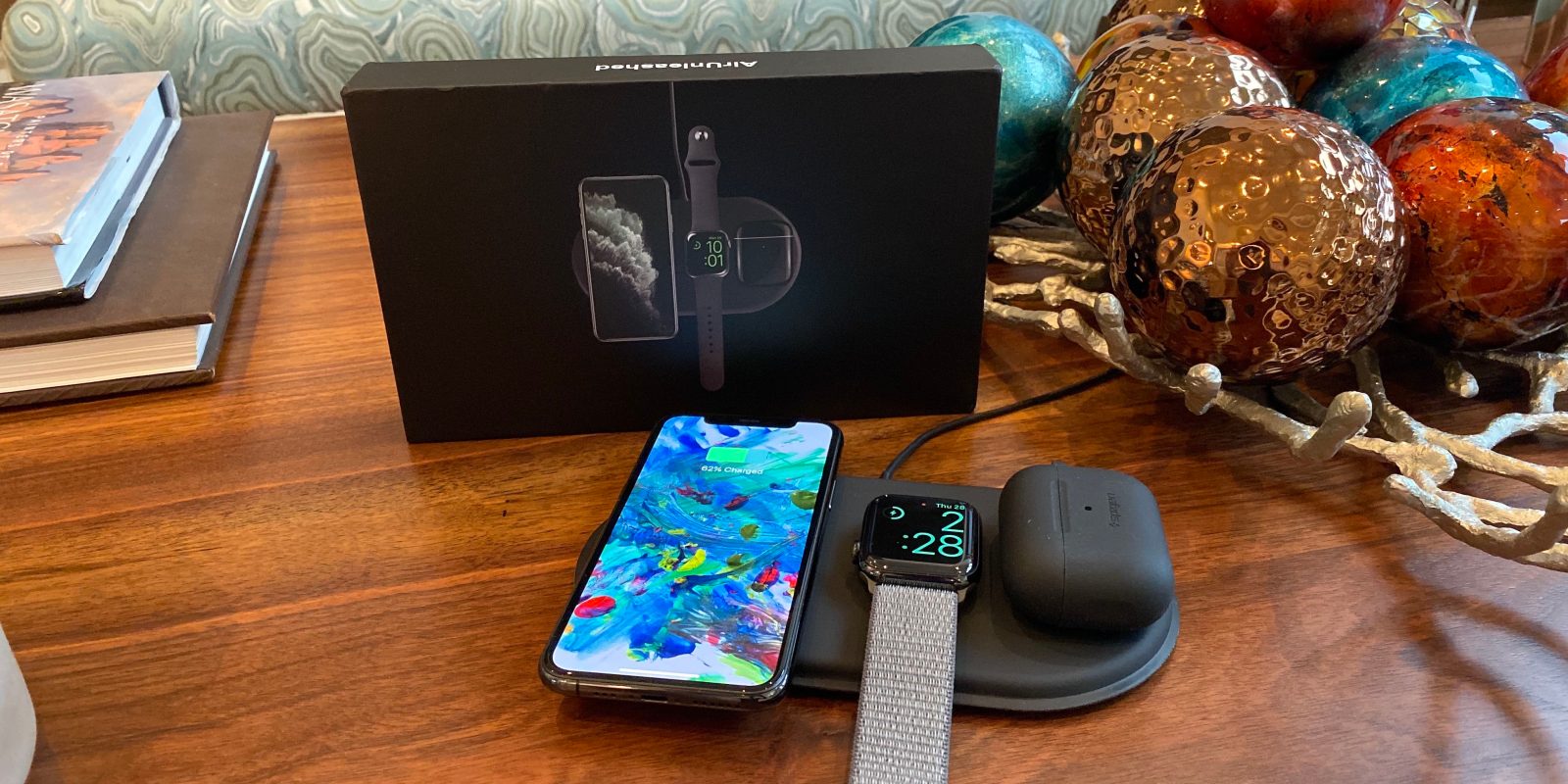 After Apple canceled AirPower, another company picked up the idea and brought something very similar to market a few months later called AirUnleashed. With the same design as AirPower and wireless charging for three devices, including Apple Watch, AirUnleashed likely hit a number of checkboxes for Apple customers. Now the company is back with a limited black edition and we’ve been able to test it out.

If you didn’t catch coverage of AirUnleashed when the white version launched this past summer, here are a few details to fill you in.

The product definitely delivers on the AirPower design and seamless charging of three devices at a time. It’s also one of the few devices to hide the Apple Watch charging puck, which is nice.

As for what you’re not getting with AirUnleashed…

It doesn’t offer the ability to place a device down anywhere on the charging pad, you’ll need to put your iPhone or AirPods/AirPods Pro down on one of the designated coils that are marked with a “+”. The Apple Watch charging puck is cleverly hidden but you can still see an indent so it’s easy to know where to place it.

Another feature you don’t get with AirUnleashed, naturally, since this isn’t from Apple is a neat charging animation that shows all of the devices you just laid down.

In my time with AirUnleashed in the limited black edition, I’ve found it to be a reliable charger. I haven’t had any issues with my iPhone 11 Pro vibrating and sliding off the wireless charging coil and it seems to juice up the iPhone about as fast as any other wireless charger I’ve used over the past couple of years.

When charging iPhone, Apple Watch, and AirPods Pro, I did have to turn my AirPods Pro case to the side to get it to fit on the pad and make contact with the charging coil.

Another thing to note, there’s not quite enough room to charge two iPhones and Apple Watch at the same time, so if you want to juice up two iPhones simultaneously, you’ll have to skip watch charging (also, the wireless coil to the right of the Apple Watch charger is 5W max output so it will be slower than the far left one that does up to 10W).

One last thing I noticed, the Apple Watch charger seemed to power up my 44mm Series 4 and my wife’s 40mm Series 4 more slowly than Apple’s first-party charger, adding roughly 1% every 2 minutes.

Keep in mind AirUnleashed doesn’t come with a power adapter, so you’ll need to provide your own Qualcomm QC 2.0 or 3.0 charger.

I really like the black finish on this AirPower clone. I think it looks particularly slick with the space black Apple Watch, space gray iPhone 11 Pro, and black Spigen AirPods Pro case.

The only thing I would have loved to see would be smaller (and different?) markers for where to place your devices as the “+” signs are too loud for me. 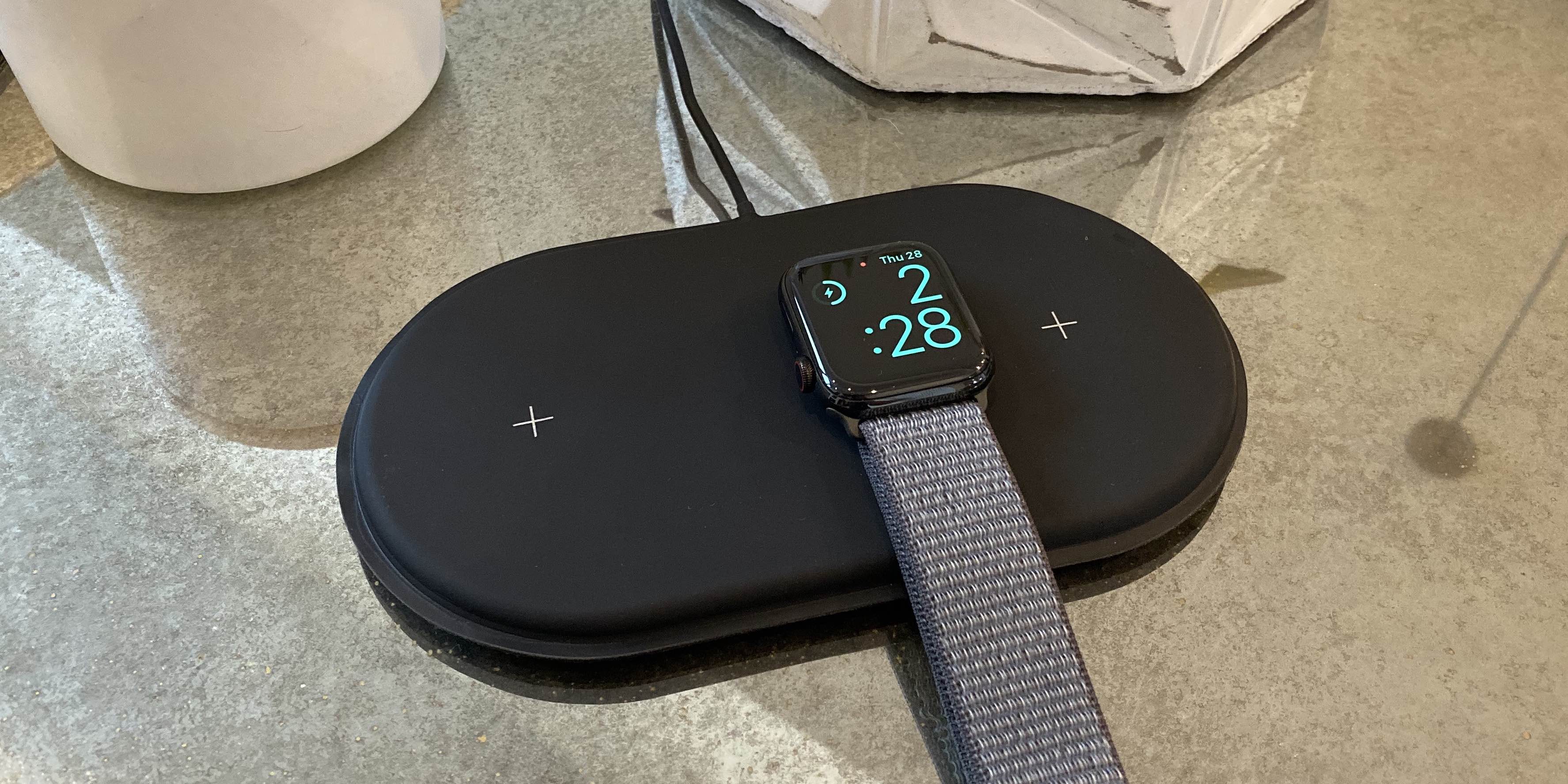 So is AirUnleashed worth buying? That decision becomes more difficult when you consider that it sells for $99 and doesn’t come with a power adapter. If it were in the $50-$70 price range, it would be easier to recommend but at $99 I think it comes down to how much you value the look and feel of having something about as close to AirPower as you can get.

As long as you aren’t expecting the full AirPower experience when it comes to features like plopping down devices anywhere on the pad and are okay with a build quality that’s good but not great, you’ll likely be happy with AirUnleashed.

And if you’re particularly keen on the limited black edition and don’t want to miss out there, $99 may feel well worth it.

The AirUnleashed limited black edition is available now priced at $99. 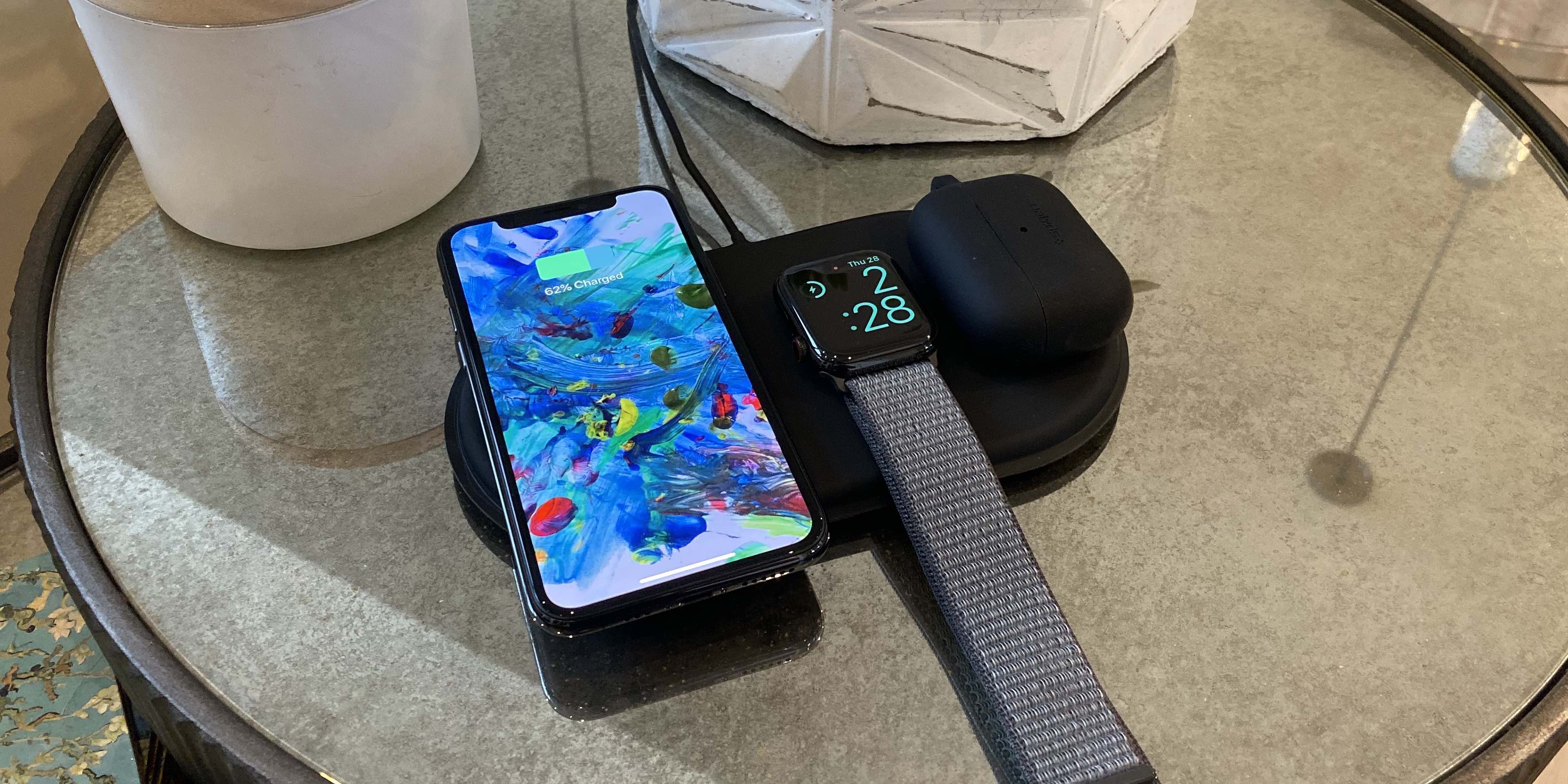