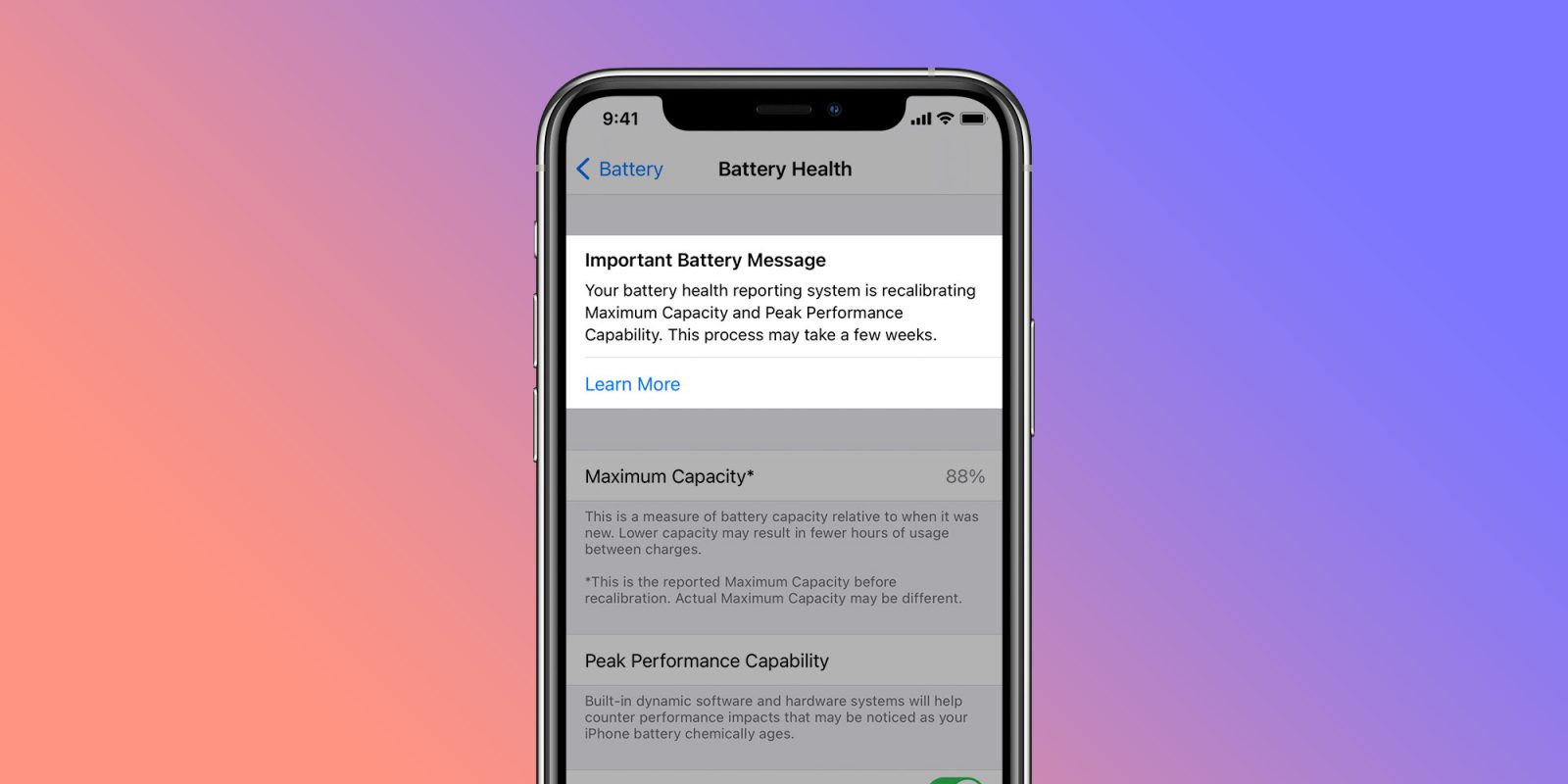 Apple introduced another notable change in the latest iOS 14.5 beta – iPhone 11 battery recalibration. The new feature gives an updated, more accurate reading of your device’s maximum battery capacity and peak performance capability and can fix unexpected battery drain. And in rare cases, it could lead to a free battery replacement. Follow along for a hands-on look at how iPhone battery calibration works.

9to5Mac first discovered the new iPhone recalibration feature in the iOS 14.5 beta code that led us to the Apple Support document that was just published.

Notably, the new iPhone battery recalibration is just for the iPhone 11, 11 Pro, and 11 Pro Max, at least for now.

The feature first became available in the developer and public iOS 14.5 beta 6. If you want to test it out ahead of the public iOS 14.5 release this spring, check out our full guide here to install the public or developer iOS beta (also includes Apple Watch unlock for iPhone and 217 new emoji).

In a “small number of instances,” Apple says the iPhone battery recalibration won’t be successful and a “new battery service message will appear.” In those rare cases, the message will say, “An Apple authorized Service provider can replace the battery free of charge to restore full performance and capacity.” Apple notes that “this does not indicate a safety issue and your battery can still be used.”

Apple also recommends waiting to get an appointment at a store or another authorized provider until the recalibration process is finished.

Finally, warranties may be extended to cover the potentially weeks-long recalibration process and refunds could be possible for those who have previously paid for an out-of-warranty battery service after seeing the “battery health degraded message or experiencing unexpected battery behavior.” In either case, get in touch with AppleCare.

Check out a hands-on look at the new battery calibration as well how the new Siri voices sound in the iOS 14.5 beta 6 in the video below: