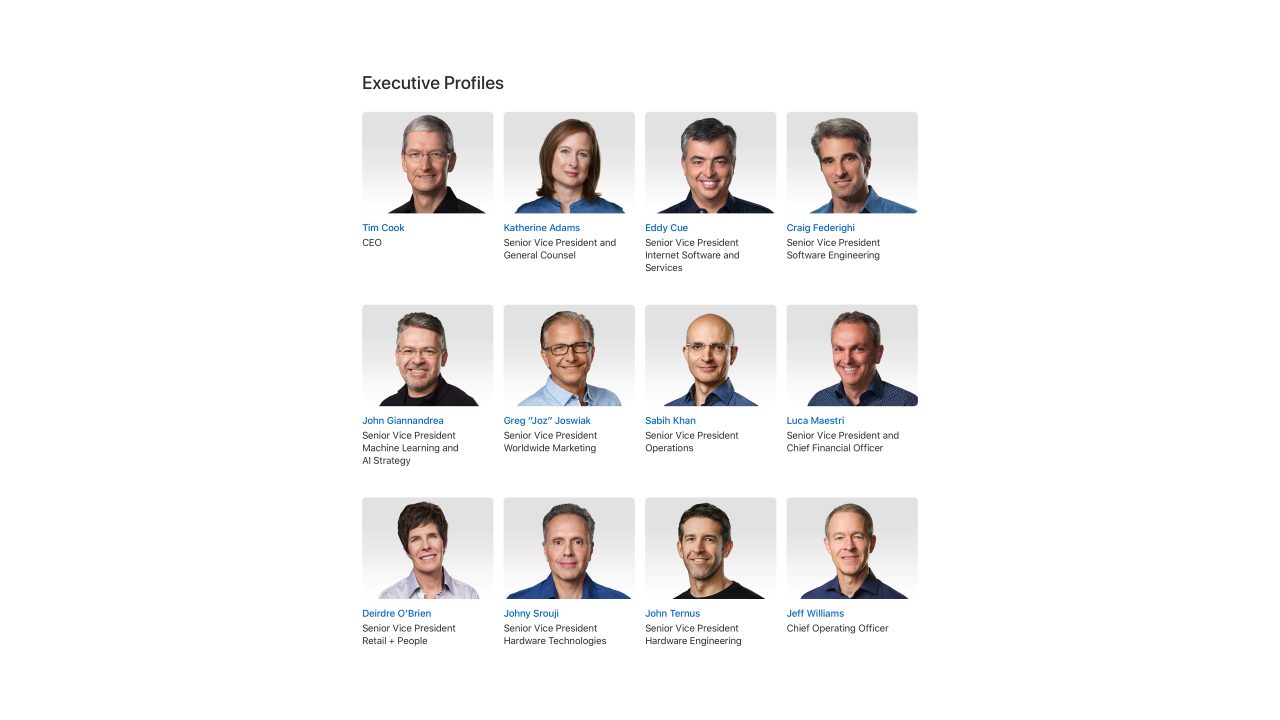 Earlier this year, Apple announced that Dan Riccio would be transitioned to a new position in the company, and that John Ternus would take over as leader of the hardware team. It seems now that this transition has been completed as the company updated its Leadership webpage today with Ternus as SVP Hardware Engineering, while Riccio is no longer listed there.

When visiting the Apple Leadership webpage, Ternus now appears alongside other Apple senior vice presidents such as Jeff Williams, Johny Srouji, and Craig Federighi. Riccio, whose new role remains unknown, no longer appears on the webpage.

Apple has never said what Riccio’s new role is, who was the SVP of hardware engineering until recently. According to a Bloomberg report, Riccio is now working on the rumored AR/VR headsets that the company plans to introduce in the coming years.

A short biography of Ternus can also now be found on the Apple Leadership webpage, which highlights some of his work at the company and also his background as a mechanical engineer specializing in Virtual Research Systems.