Facebook will tell you if a page is satire, but not if your data was leaked 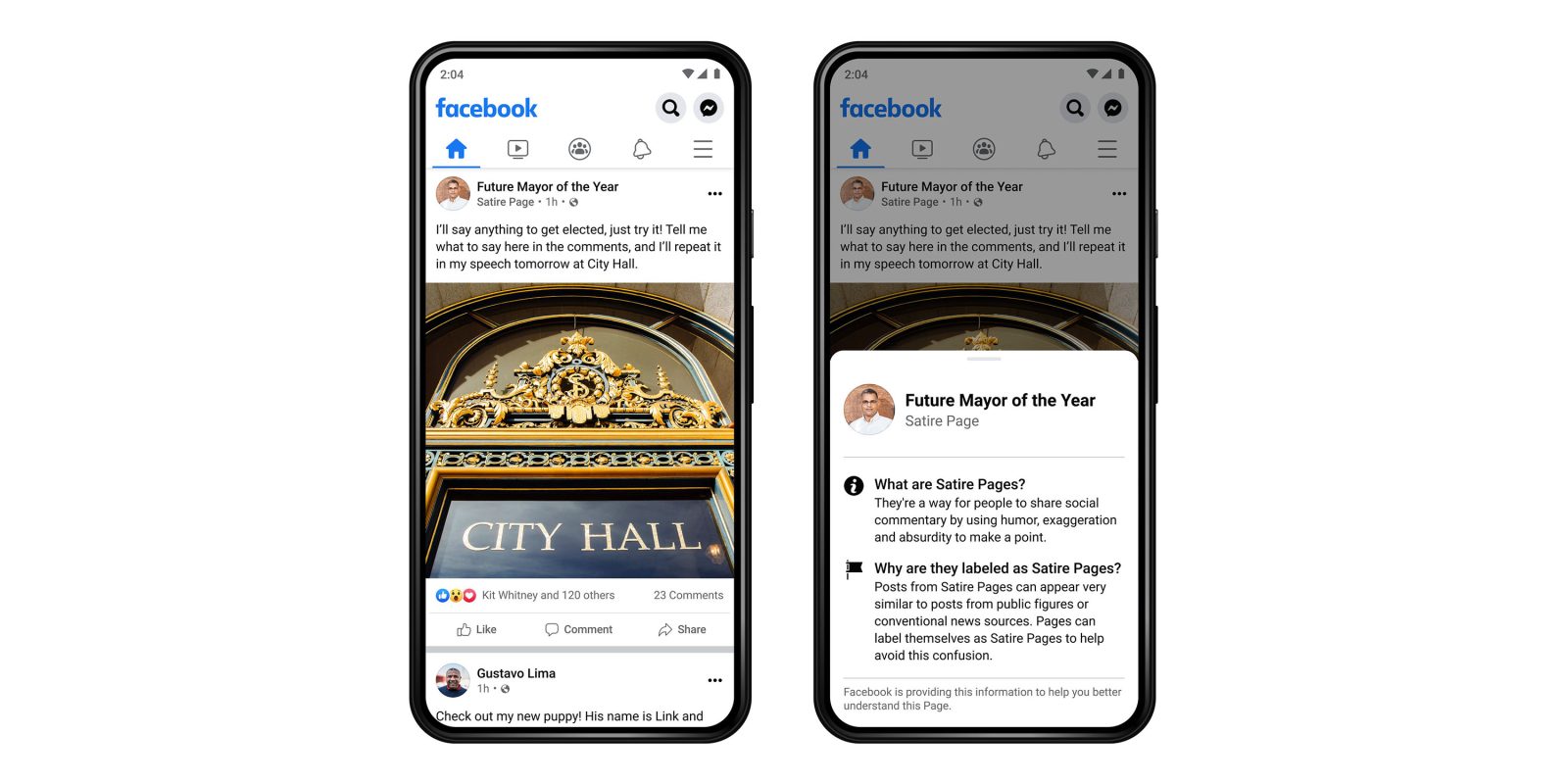 Facebook will tell you if a page is satire, as well as if it isn’t, in a new initiative. When a satirical page uses the name of a politician, for example, it will be labeled “Satire Page” to ensure that people don’t mistake it for the real person.

Conversely, posts by politicians will be labeled as “Public Official” …

Starting today in the US, we’re testing a way to give people more context about the Pages they see. We’ll gradually start applying labels including ‘public official,’ ‘fan page’ or ‘satire page’ to posts in News Feed, so people can better understand who they’re coming from.

Tapping on the label will then provide more context. From the sample image shared, however, it appears that the social network may be relying on page owners to apply the label themselves.

What are Satire Pages? They’re a way for people to share social commentary by using humor, exaggeration and absurdity to make point.

Engadget explains why the move is a good idea.

As Social Media Today notes, users are prone to take satire posts seriously, even when they’re from well-know publications like The Onion. You’ll often see heated responses in their comments section from people who think they’re posts from actual news sources. In addition, the labels have the ability to clarify from the get-go that people are or aren’t reading posts from real authorities, which could help prevent the spread of fake news on the platform.

Facebook already has huge issue with fake news without adding misinterpreted satire posts into the mix. A study by Princeton University researchers found that it’s the worst perpetrator when it comes to spreading false information. It’s the referrer site for untrustworthy news sources over 15 percent of the time, they wrote in their paper, whereas Google and Twitter only led users to dubious sources 3.3 percent and 1 percent of the time, respectively.

One thing Facebook won’t tell you, however, is whether your personal details were leaked in the recently reported security breach. The social network told Reuters it has two excuses reasons for not notifying victims.

The Facebook spokesman said the social media company was not confident it had full visibility on which users would need to be notified. He said it also took into account that users could not fix the issue and that the data was publicly available in deciding not to notify users.

If you want to know whether your private data was leaked, you’ll have to do your own check.