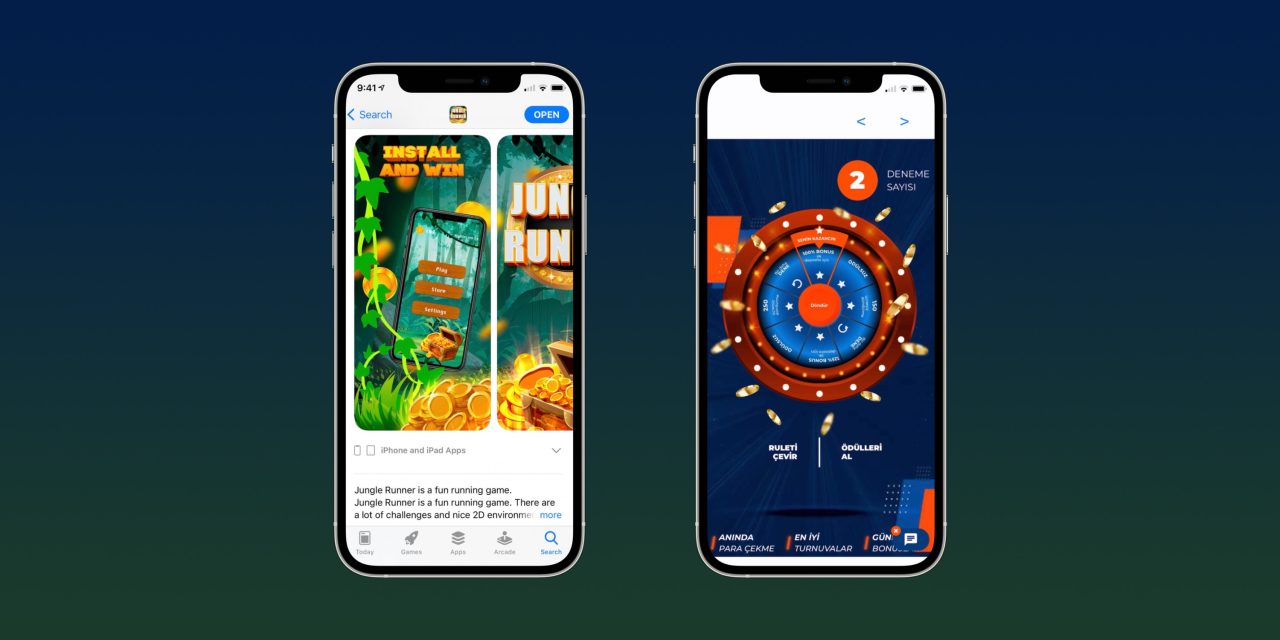 Developer Kosta Eleftheriou has developed a knack for finding App Store scams over the last few months. And the latest one he’s exposed is quite interesting. The app disguises itself as a kids’ game but in reality, it’s an online casino that bypasses Apple’s in-app purchase system and appears to be scamming users out of unknown sums.

Kosta shared about this latest scam he discovered on Twitter today. In the description, “Jungle Runner 2k21” claims to be a “fun running game” for ages 4+ (Apple appears to have pulled the game in the US). However, for those opening the game from an IP address in Turkey (or with a VPN), the app is actually a crooked online casino that uses its own payment system.

Notably, we have seen another case where a developer snuck a banned Iranian app back into the App Store with this same strategy.

Kosta says the game that shows up in the US and elsewhere works but is “extremely basic and very poorly designed.”

He believes that since users trust the App Store, people think it must be safe to try the app:

Kosta says Jungle Runner was on the App Store for a few months and had a couple of updates successfully go through Apple. And some of the reviews say users were scammed out of large amounts of money and not receiving what they purchased.

Apparently the Jungle Runner developer also had another app pulling the same scam.

Last month after publicly calling out a variety of App Store abuse, Kosta filed a lawsuit against Apple over “monopoly muscle” and a failure to police App Store scams.