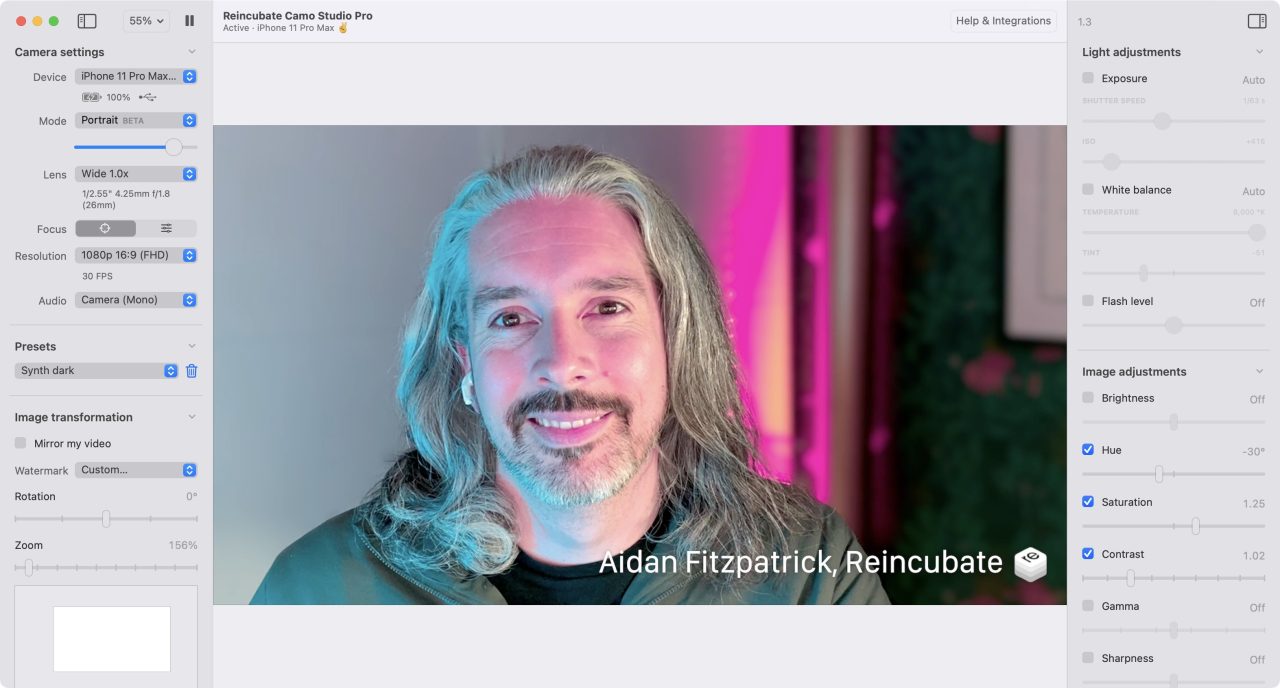 We previously reviewed Camo and found it to be a really well-designed app that makes it easy to seriously improve your video calls but also gives fine-grained controls for those that want advanced options.

Today, Camo 1.3 has been released on the App Store and comes with a range of improvements and new features.

There’s now a screen curtain and new pause screen, support to save images, and walkthroughs on using Camo on more platforms like Webex, Tuple, and Facebook’s Workplace.

Other improvements include Camo automatically turning off your iPhone screen when you’re using the rear-facing camera, faster performance, and a number of bug fixes.

You can learn more about Camo on Reincubate’s website here and you can download the iOS app from the App Store to try it out for free. To unlock all the features, Camo is priced at $39.99/year (£34.99/year, €33.99 plus EU VAT/year).