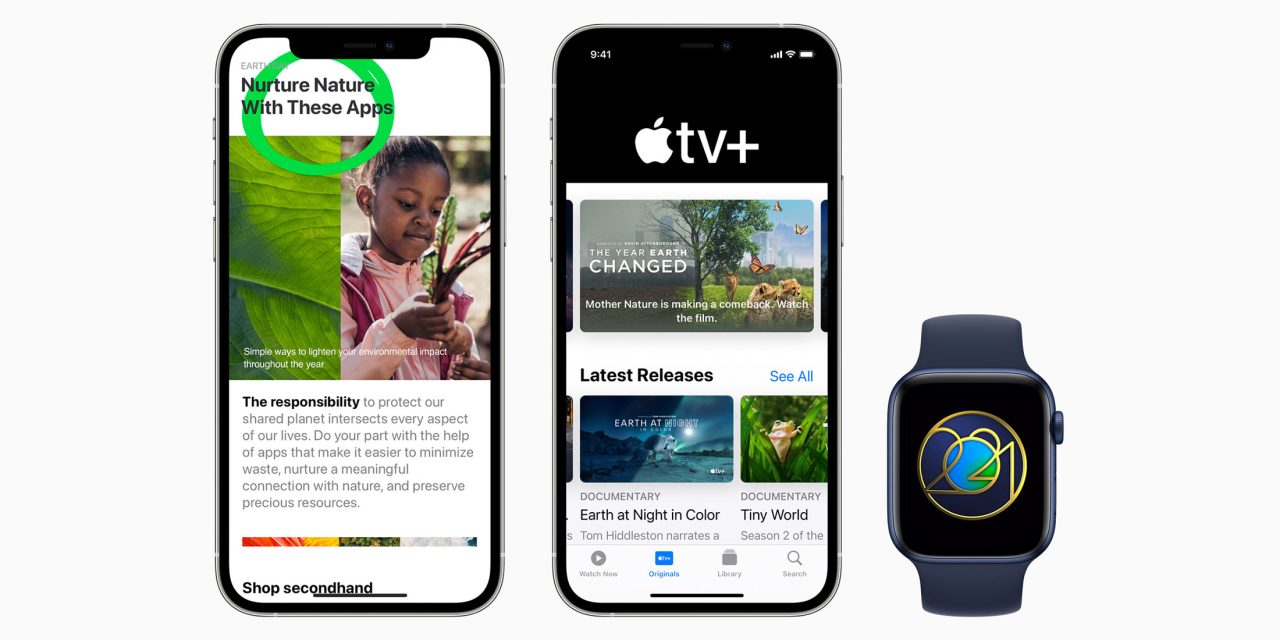 This year’s Apple Earth Day initiatives have been announced, alongside the company reminding us of its more recent actions and commitments on the environmental front.

Earth Day is an annual event on April 22, encouraging people to express their commitment to the environment through learning, volunteering, and charitable donations – and Apple always plays its own role in promoting the day …

Apple says it wants to help customers “appreciate the beauty of the planet, learn about key issues, and support worthy causes.” The company begins by establishing its own environmental credentials.

Apple is driving environmental progress with innovative solutions to meet its goal of becoming carbon neutral by 2030, and providing a blueprint for other companies to do the same. As part of its 2030 goal, Apple recently announced over 110 of its manufacturing partners around the world are moving to 100 percent renewable energy for their Apple production. Apple has also committed $4.7 billion in its Green Bond spend to invest in projects that address carbon emissions, supporting renewable energy projects that bring clean energy to local communities, and announced a new $200 million effort to protect the world’s forests, accelerating natural solutions to climate change. This work is detailed further in Apple’s recently released 2021 Environmental Progress Report. Earlier this week, Apple also announced that the all-new iMac, iPad Pro, AirTag, and Apple TV 4K will lead the industry in their use of recycled materials.

In the third installment of its “Challenge for Change” learning series, Apple is collaborating with Dolores Huerta, social justice advocate and founder of the Dolores Huerta Foundation, to encourage learners of all ages to “Create a Better World Through Environmental Justice.” The video challenge and companion workbook provide educators, students, and parents with thought-provoking conversation guides that inspire them to create sustainable environments in their neighborhoods and consider the simple ways they can start to address inequities within their own communities.Teams across Apple are working with community organizations and educators to help empower and amplify community voices. These efforts include a focus on Black and Brown communities, girls and young women, and youth activists.

See the full announcement for some other specifics.