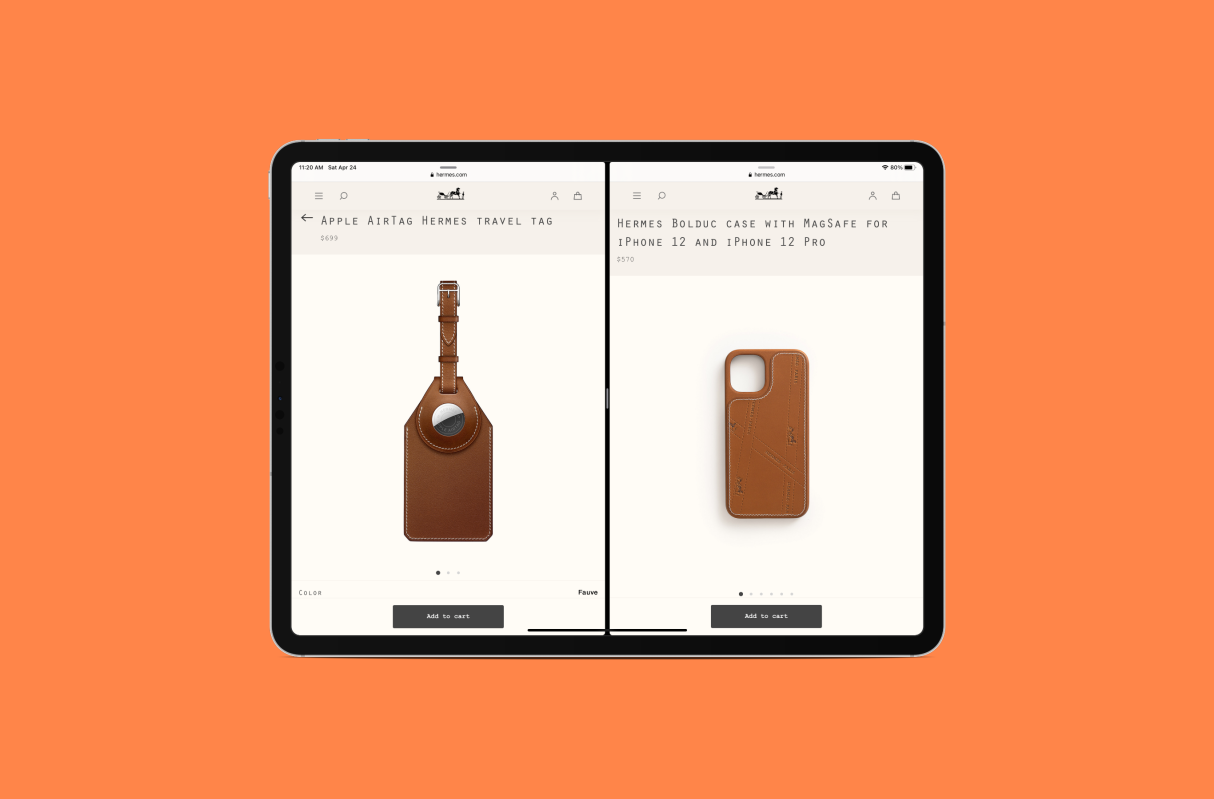 Earlier this week Apple announced that they were extending their partnership with Hermès to include AirTag and AirTag accessories. During the keynote we saw three distinct styles of AirTag Hermès, but there happens to be a fourth one exclusively on Hermès’s website. Hermès is offering a $699 leather travel tag that includes a single AirTag Hermès. The company is also now offering their own leather MagSafe case for iPhone 12.

The “Apple AirTag Hermès Travel Tag” is currently available for preorder on the Hermès website and says that it will start shipping on April 29th, the day before AirTags are officially available. Like the Hermès key ring, bag charm and luggage tag the travel tag comes in their iconic brown leather with white stitching. Although it is only offered in that one color. Somewhat ironically, the travel tag includes a window for you to write your name, address, phone number and email address.

In addition to debuting AirTag and AirTag accessories, Hermès is also introducing their first MagSafe case for iPhone 12 and iPhone 12 Pro. The new case is made out of light brown Fauve leather. It has a stamped design that represents the ribbon that Hermès wraps their product boxes in. Hermès says that the case easily snaps on magnetically, which sounds just like Apple’s official cases. As you can imagine, the case is compatible with Qi accessories as well as MagSafe ones. Hermès has priced their MagSafe case at a jaw dropping $570. More than half the price of the phone you’ll be putting it on. The case is available for preorder now and starts shipping on April 27th.

Both the travel tag and MagSafe cases look absolutely beautiful. But it’s hard for most of us to get around the absolutely astronomical price tags that are placed on Apple x Hermès products. Particularly when AirTag is only $29 and Apple’s own leather accessories are just $35 or $39. Apple’s own leather MagSafe case is $59 compared to the $570 Hermès is selling theirs for.