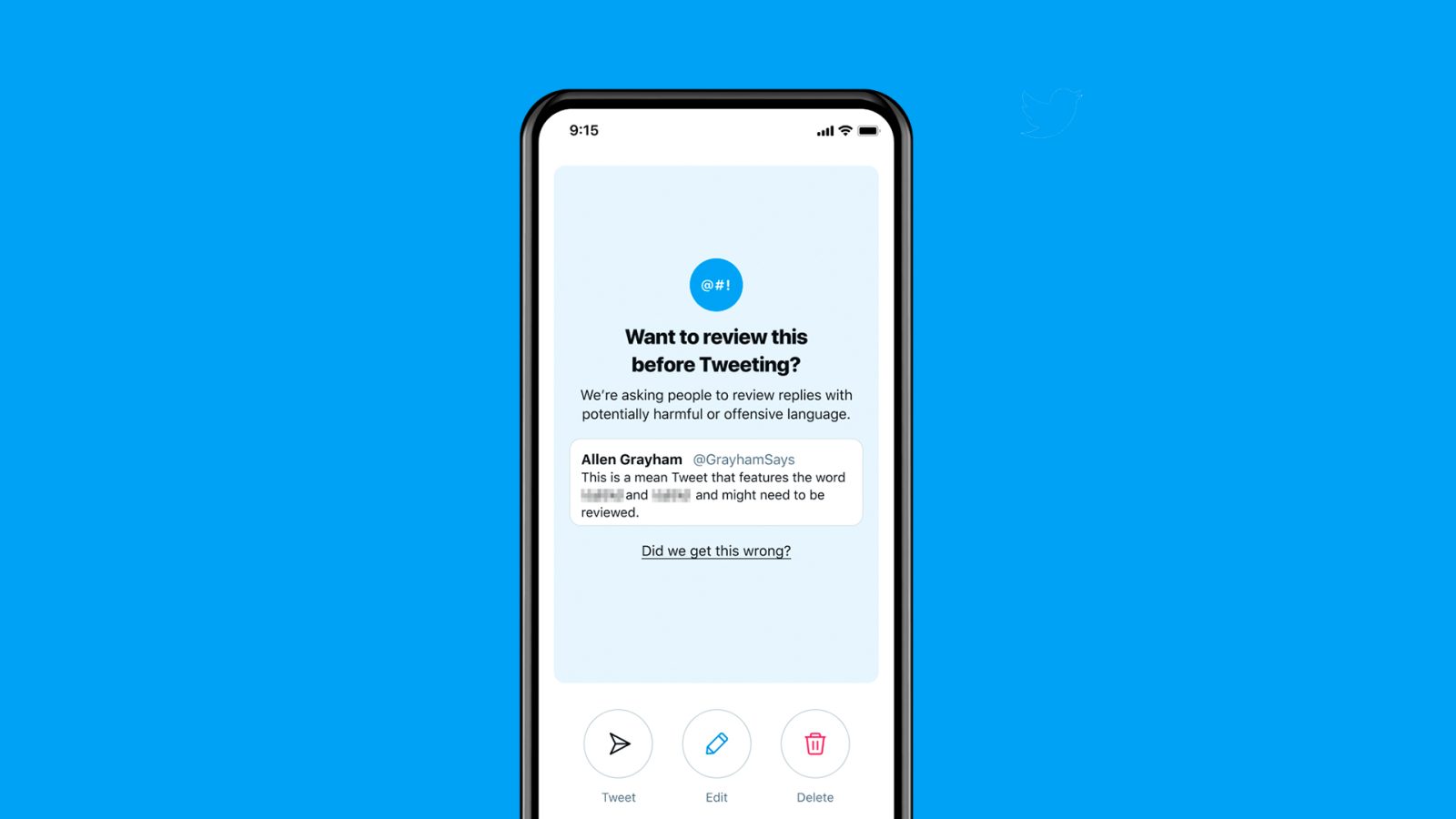 After one year of testing, Twitter is finally launching its offensive tweet warning feature for all users to encourage people to pause and reconsider a potentially harmful or offensive reply before they hit send.

This feature is enabled for all accounts that have English in their language settings and is rolling for iOS and Android users starting now.

“We began testing prompts last year that encouraged people to pause and reconsider a potentially harmful or offensive reply — such as insults, strong language, or hateful remarks — before Tweeting it. Once prompted, people had an opportunity to take a moment and make edits, delete, or send the reply as is.”

According to Twitter, these prompts resulted in people sending “less potentially offensive replies across the service:”

After this year of testing, this is how Twitter incorporated these prompts into the system:

Recently, Twitter announced its Spaces feature is now available to everyone with at least 600 followers. This Tuesday, the company bought Scroll to prepare for a yet-to-be-revealed subscription tier of its services.

Today, Twitter announced bigger and better images on iOS and Android are now available to everyone. The company started testing this feature in March after several controversies about what the algorithm chose to display.