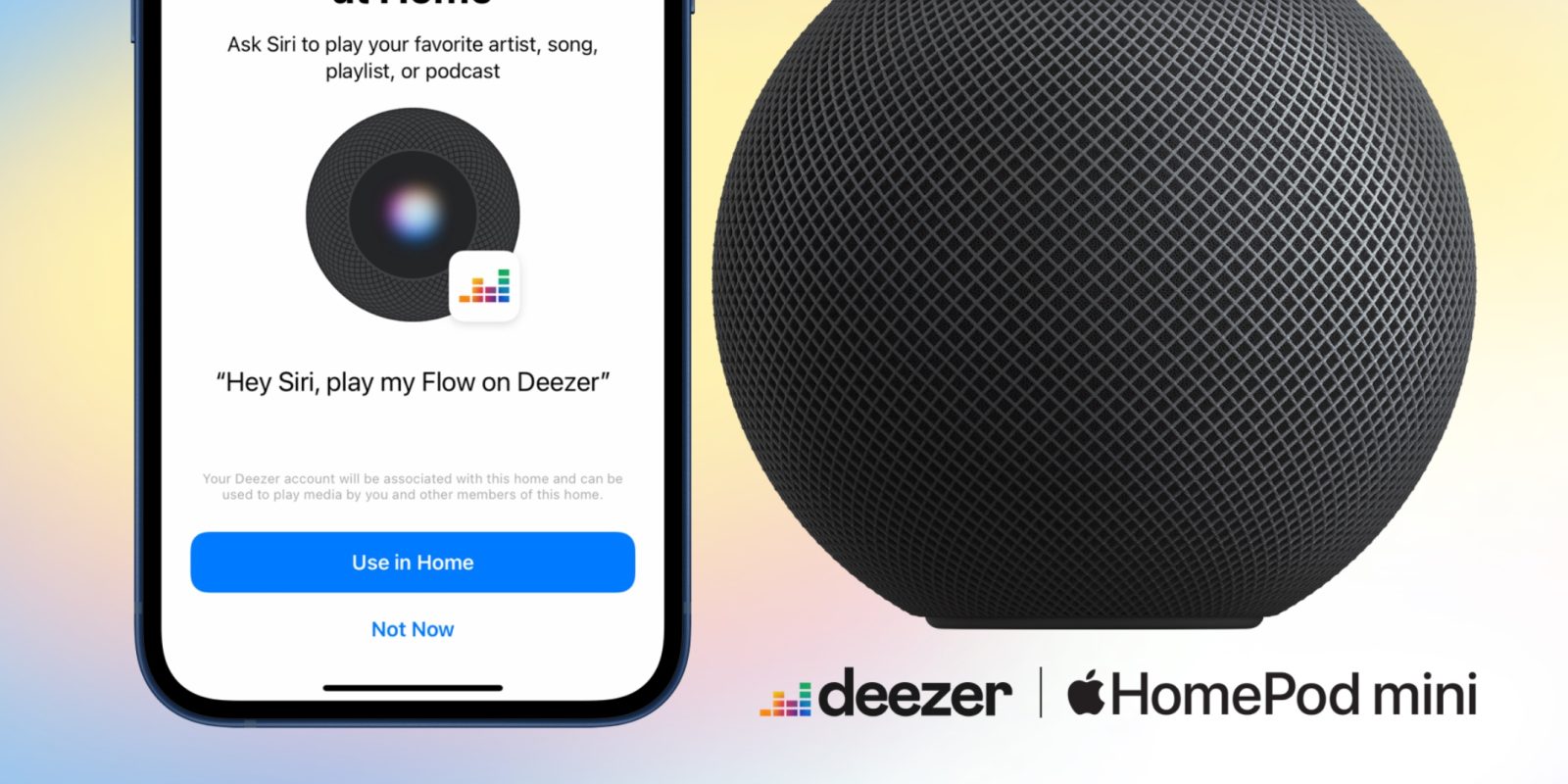 Deezer is the latest music streaming service to announce native HomePod integration. When the HomePod first launched, it required an Apple Music subscription to play music, without using AirPlay. But last year, Apple opened up the APIs to support third-party services …

The API was introduced with iOS 14.3, last fall. Pandora was the first service to get onboard. Spotify shared its frustration to the European Union in 2017 that it had been locked out of the HomePod. However, the company is yet to announce any plans to adopt the API now that is is available.

Today, Deezer is announcing that they are supporting the API. This means users will be able to configure Deezer as their default music service on HomePod mini (and the now-discontinued big HomePod).

When set up, you can ask the HomePod via Siri to play songs, albums and playlists. Instead of using Apple Music, the unit will stream directly from the Deezer service.

Deezer says the HomePod can even stream high-quality lossless music if you are a Deezer HiFi subscriber. However, the integration does not extend to Deezer’s podcasts or live audio content; it’s music only.

To get started, download the latest version of the Deezer app on your iPhone and make sure you are updated to iOS 14.3 or later. Deezer boasts around 16 million active users with a streaming library of 73 million songs.