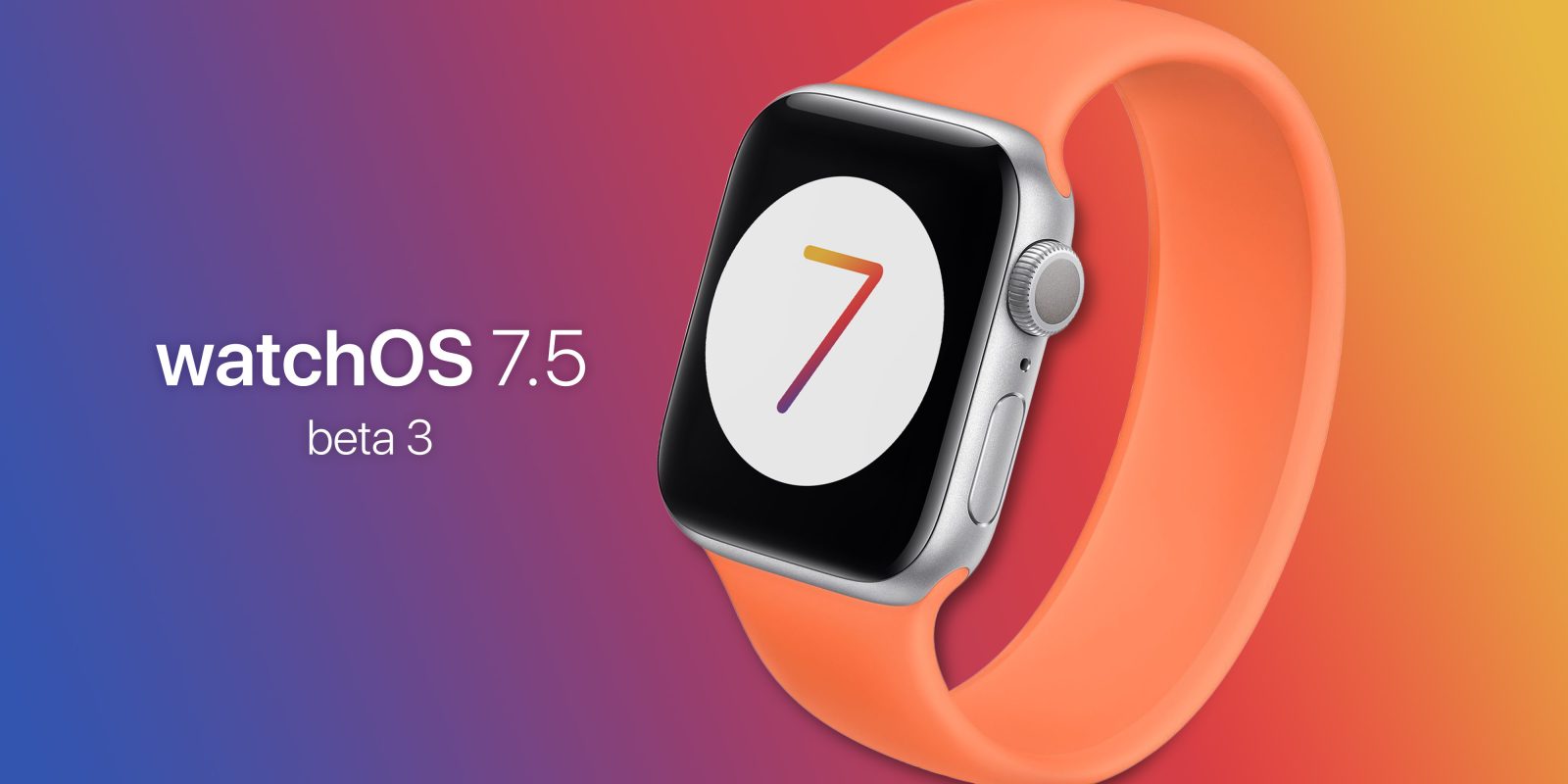 Apple today released the third beta of watchOS 7.5 to developers, following the release of the second beta version on April 30. The update likely comes with more bug fixes and general improvements.

We don’t exactly know what is new in watchOS 7.5. Previous beta releases didn’t seem to add any new features. As iOS 14.6 is expected to enable paid podcast subscriptions, there’s a possibility that watchOS 7.5 will add the same feature for Apple Watch users.

Developers can update to watchOS 7.5 beta 2 through the Watch app on iPhone. The update has yet to be released to users registered in the Apple Beta Software Program. Today’s build number is 18T5564a, while the previous build was 18T5555c.

Previously to watchOS 7.5 beta, watchOS 7.4 was released to the public on April 26 with a new feature to unlock iPhones with Face ID using the Apple Watch, as well as enabling ECG in more countries. Then watchOS 7.4.1 came on May 3 with security improvements.

The watchOS 7.5 beta 3 follows the release of iOS 14.6 beta 3 to developers, which was also released today. If you spot any changes in today’s betas, let us know in the comments below or on Twitter @9to5Mac. Stay tuned for our full hands-on coverage with the new releases right here at 9to5Mac today.