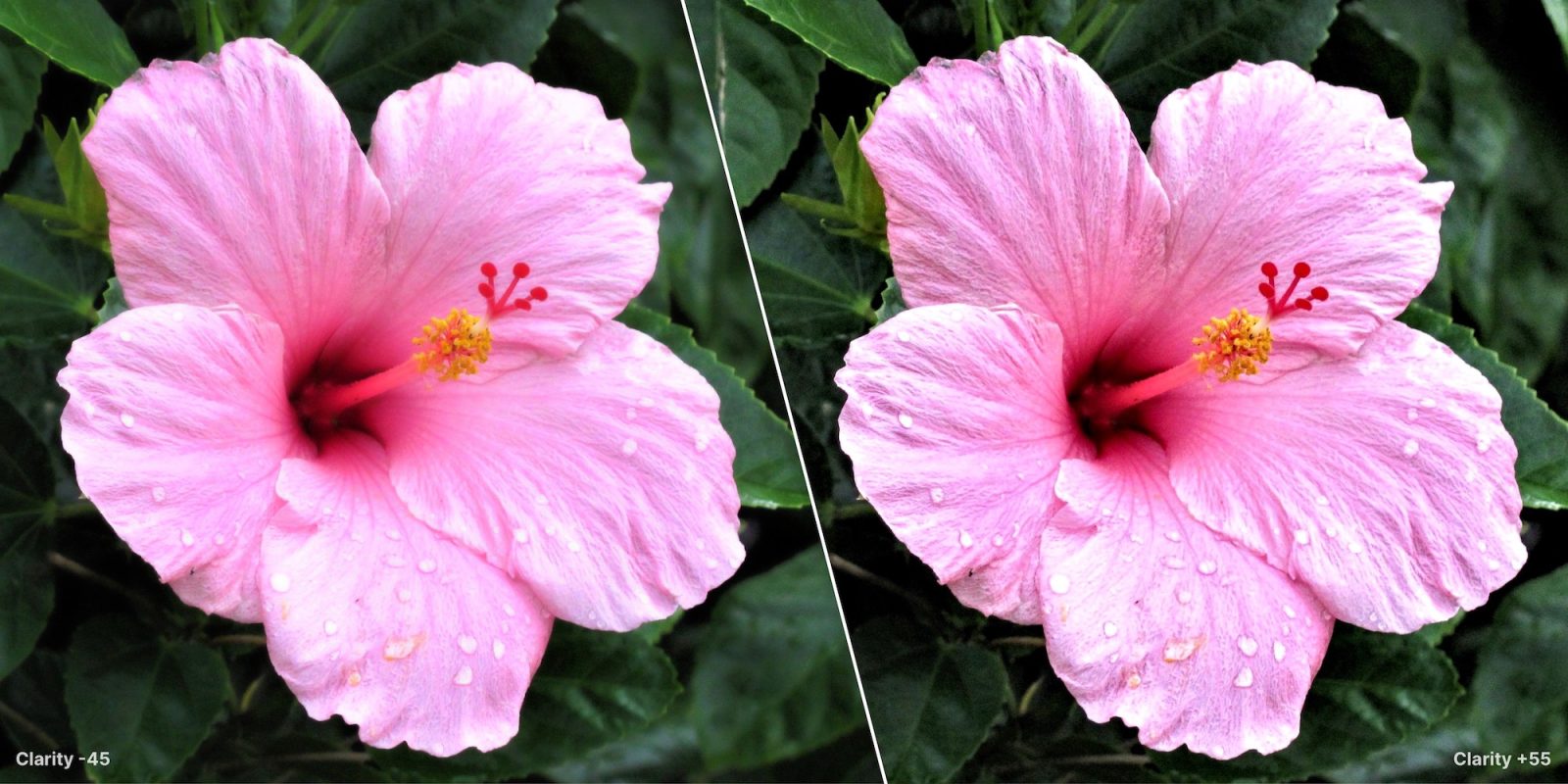 The popular photo editing app Darkroom, available for Mac, iPhone, and iPad, has added a very powerful new feature dubbed Clarity. This feature is described as one that “adjusts the contrast within the details of your image, without affecting the overall tone of the image.”

In a blog post, the Darkroom developers explain that you can increase Clarity in an image to enhance the “drama or texture” or decrease it to show fewer details.

To adjust Clarity in the Darkroom app, there’s a logarithmic slider with a range of -50 to +50. The closer you are to the edges of that range, the bigger impact Clarity will have. “This gives you the ability to either make subtle adjustments for portraits, or go beyond for dramatic landscapes using one single & smart tool,” the company explains.

To power this new feature, Darkroom is using a mathematical algorithm called Fast Local Laplacian Filter that does two things:

Pull out only the details from the image

The first big step we take is to calculate which pixels in your photo are details, and which are tone-regions. We do this by generating a Laplacian Pyramid. In an oversimplified way, we first blur the image, then mathematically subtract it from the original, leaving us with the detail map. We can then operate directly on those details.

Once the details are separated from the image, we can adjust the contrast of each region in the image separately. This is where the “local” in Local Laplacian Filter comes from, and it ensures the edges in the image remain sharp.

Darkroom is available on the App Store for iPhone, iPad, and Mac. The new Clarity feature is available on all three platforms, but there is currently a bug in the latest version of macOS Big Sur 11.3 that prevents it from working. Darkroom says that it is in contact with Apple and hopes to release an update as soon as possible.