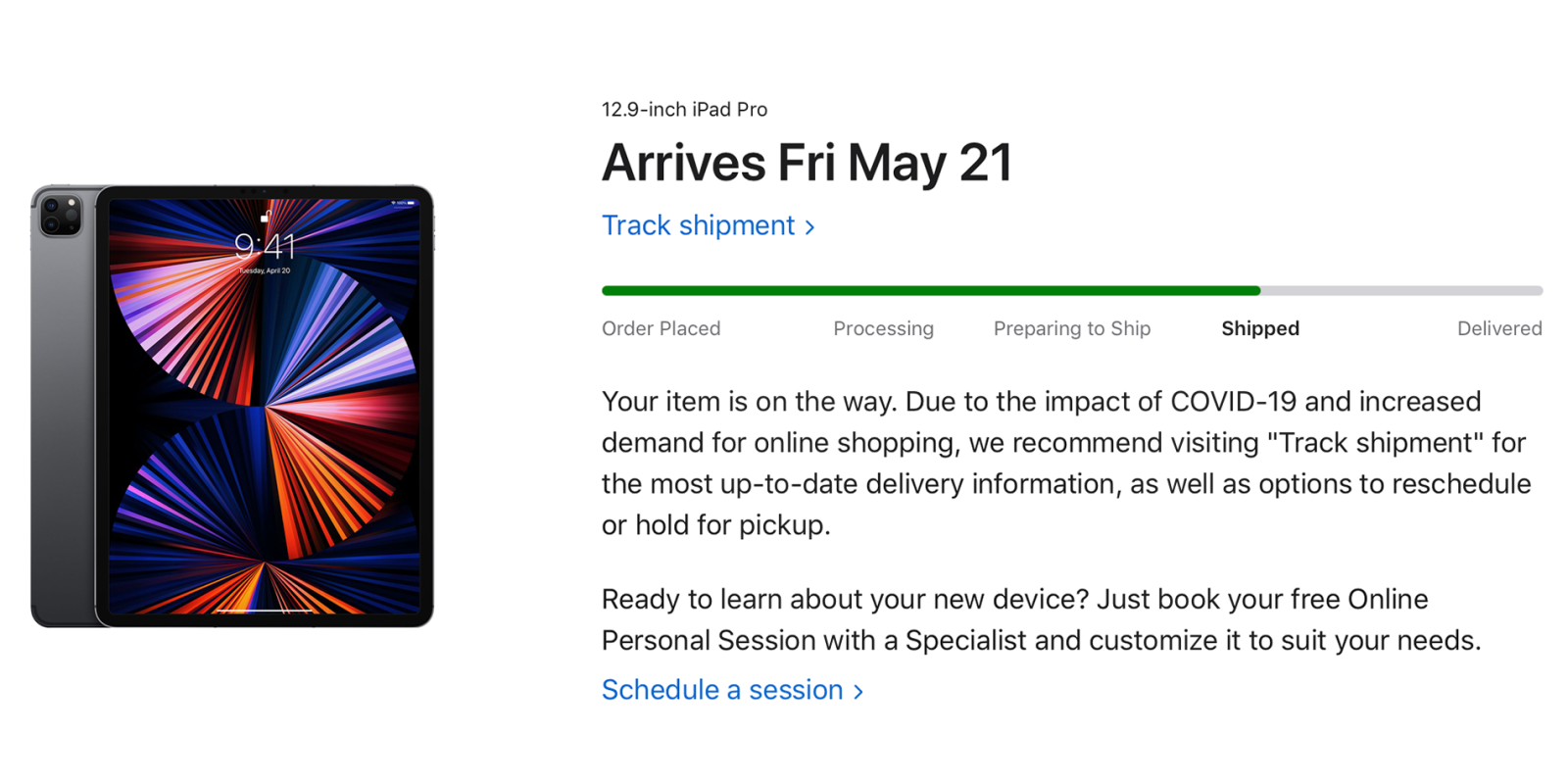 Some of the screen-grabs we’ve seen tweeted do retain the vagueness, specifying delivery anywhere from May 21 to May 28, but others do specifically say May 21 – including one to one of the 9to5Mac team, and another to Pad & Quill president Brian Holmes.

Apple today announced the most powerful and advanced iPad Pro ever, pushing the limits of what’s possible on iPad. The addition of the Apple-designed M1 chip delivers a massive leap in performance, making iPad Pro the fastest device of its kind.

Cellular models with 5G deliver even faster wireless connectivity when on the go, and to provide users with pro-level throughput for high-speed accessories, iPad Pro now includes support for Thunderbolt.

Apple said that the 8-core CPU is the world’s fastest “in low-power silicon,” and that does seem to be backed by benchmark tests.

The M1 iPad Pro’s performance is on par with M1-powered Macs, and significantly better than the A12Z iPad Pro it replaces. It even outperforms the top-of-the-line 16-inch MacBook Pro, and is only bested by select configurations of the iMac and Mac Pro.

One report suggests that the embargo for review units seeded to selected media outlets is May 19.