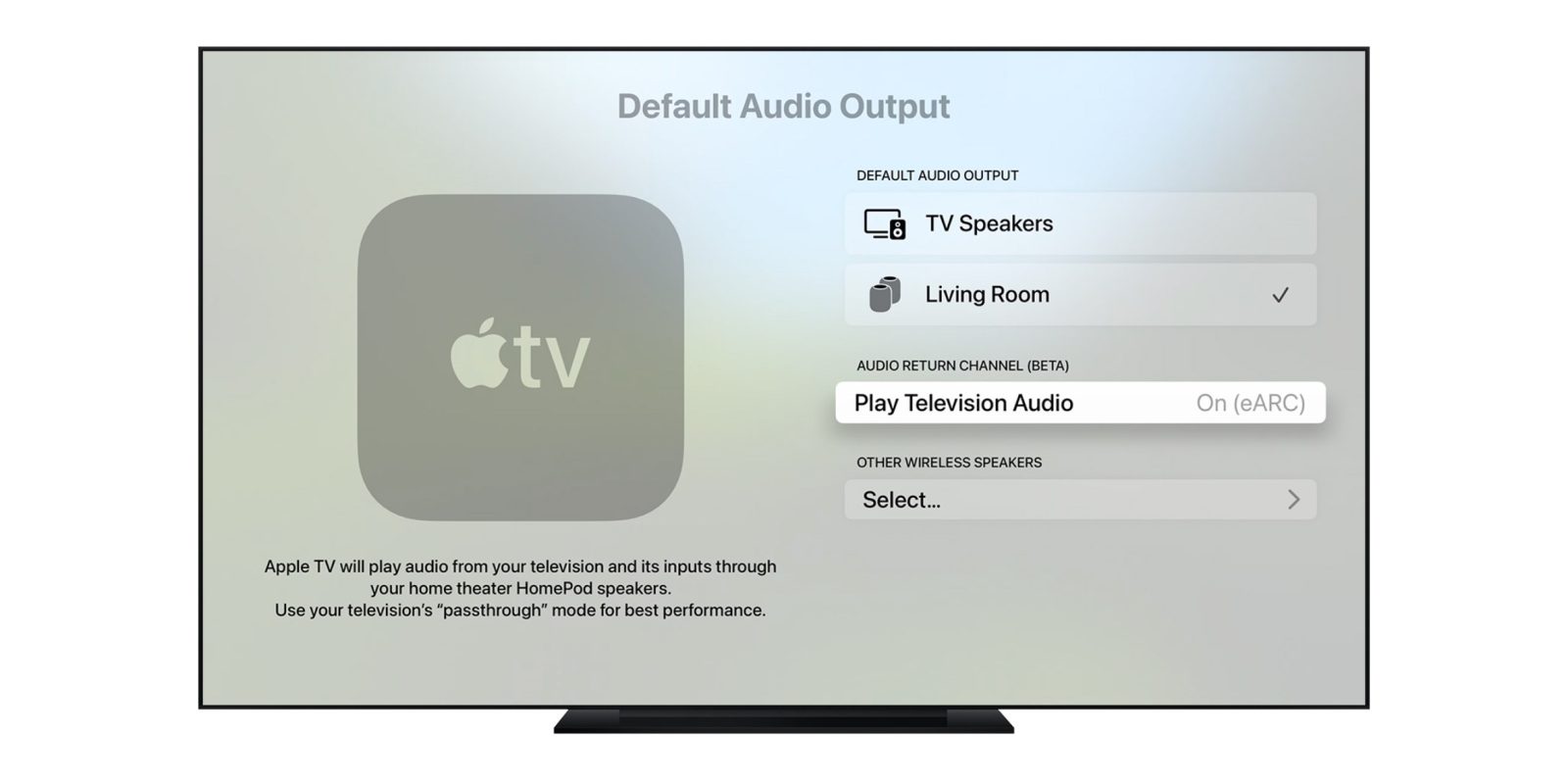 Apple enabled HomePods to be used as the default audio output for Apple TV with a software update released last fall. This allowed all audio from the Apple TV to be sent to HomePod speakers, with a simulated Dolby Atmos soundstage.

With the new Apple TV 4K, tvOS supports HDMI ARC and eARC for the first time. This means that all audio from all input sources can now go out over the HomePod speakers, assuming you have an ARC-compatible TV set.

What eARC/ARC allows is for an accessory connected over HDMI to be the global speaker output for the TV set. This means that all the audio from games consoles, cable boxes, and the like can all be routed through the Apple TV output with the sound broadcast over the HomePods. With ARC support, the HomePod can be used to output all sound sources on the actual television, not just when using the Apple TV itself.

This makes the Apple TV + HomePod combo a much more compelling option for your living room TV’s primary speaker system.

To make this work, you need a second-generation Apple TV 4K, HomePod speakers, and a compatible TV set that supports HDMI ARC or eARC. You can see full set up instructions on Apple’s support page.

Unusually for an Apple product, the “Audio Return Channel” feature is designated as “beta” in the Apple TV interface. However, the biggest catch is that all default audio features on Apple TV only work with the big HomePod… the HomePod that Apple discontinued a couple of a months ago. The $99 HomePod mini is sadly not supported.

The space gray HomePod sold out almost immediately after the product was discontinued, but the Apple Store continues to have stock of the HomePod in white “while supplies last.”

The inclusion of ARC in this latest generation of Apple TV shows that Apple had bigger ambitions for the HomePod as a wireless living room speaker, before the product was abruptly dropped. Apple’s long-term vision for the living room remains unclear. A report from Bloomberg earlier this year indicated Apple was exploring a next-generation set-top box featuring speakers and a FaceTime camera.