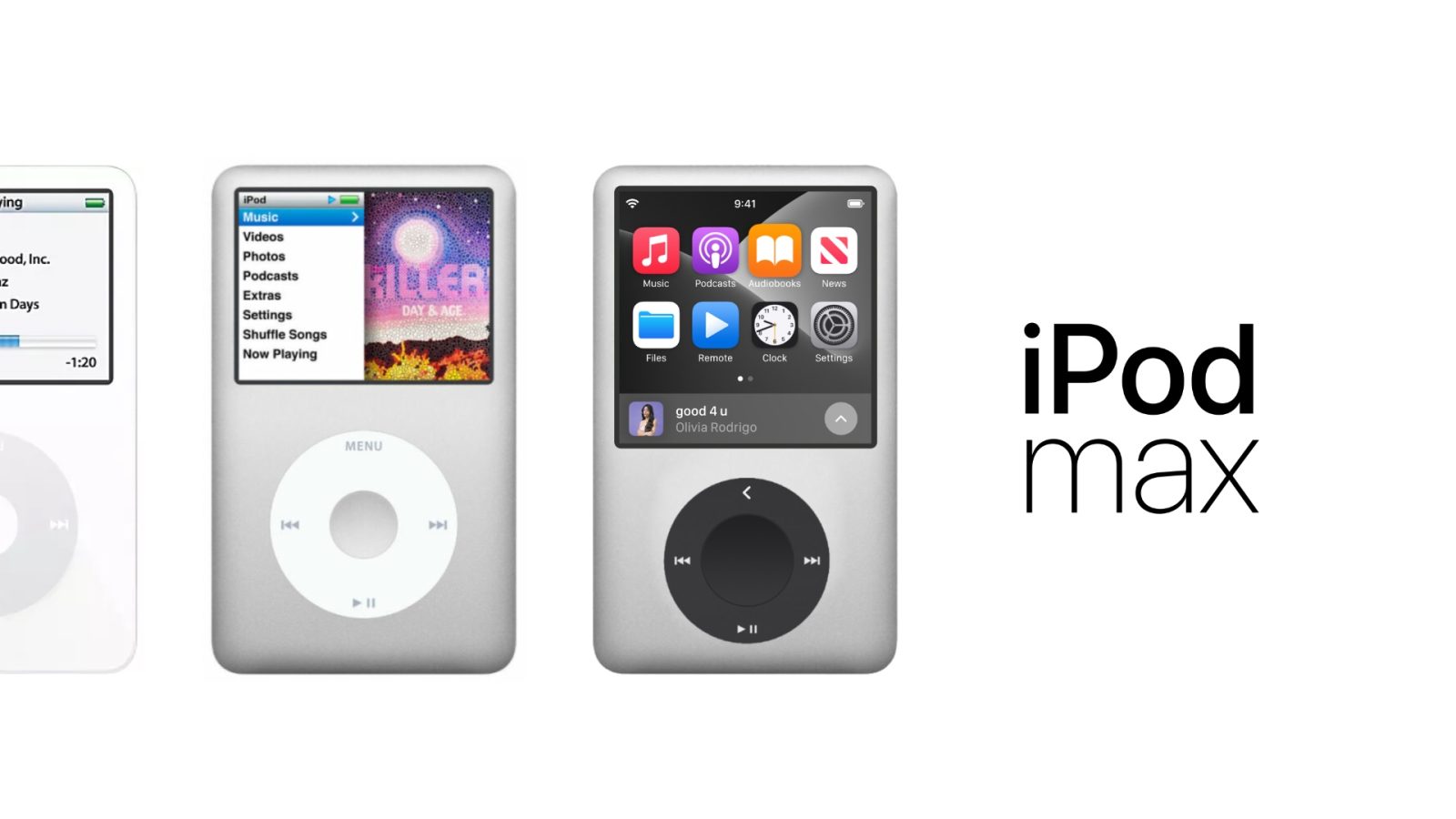 it’s important to note that there aren’t any reliable rumors or even iOS code suggesting Apple is, in fact, preparing a revamped iPod, especially a new approach to the iPod Classic design. This is why I teamed up with my colleague Parker Ortolani to create this idea of an iPod Max to pair with AirPods Max.

When Apple introduced Apple Music Lossless it wasn’t expected that any AirPods product would be able to stream in this quality for a very simple reason: all AirPods use Bluetooth and this technology can only stream 320kbps MP3 at maximum.

Apple, for example, uses 256 kbps AAC. As the company didn’t introduce a new codec, like Sony’s LDAC which streams over 990 kbps, the only hope for Apple users was if the AirPods Max would be able to reach a Lossless quality while wired.

As the company stated in a support document, it’s not possible to stream Lossless quality with the AirPods Max even when it’s wired, because it uses a Lightning port:

So what Apple could do?

With AirPods Max 2, Apple would only need to add a 3.5mm headphone jack. With it, it would be possible to stream Lossless quality at 24-bit at 48 kHz. Done.

Parker went a bit further and said Apple could introduce an upgraded AirPlay experience so even with the second-generation AirPods Max connected over Bluetooth, AirPlay 3 could bring a closer experience to Lossless with a new over the air codec or even with a Wi-Fi connection between the headphone and the iPod Max, for example.

iPod Max could be what audiophiles really look forward to with an Apple product. With the iPod Classic design inspiration, this product would run an iOS variant and would focus on audio services with Apple Music, Podcasts, Audiobooks, and Apple News. The Files app, for example, would be a way to bring proprietary HQ songs or audio files without adding them to the Music app. Here are its features:

Users can take advantage of the iPod click wheel to enjoy that nostalgic feeling of clicking songs. Apple Music with this product would also have everything you love from live lyrics to Apple Music Radio. Want to add a song or create a new playlist? Just ask Siri.