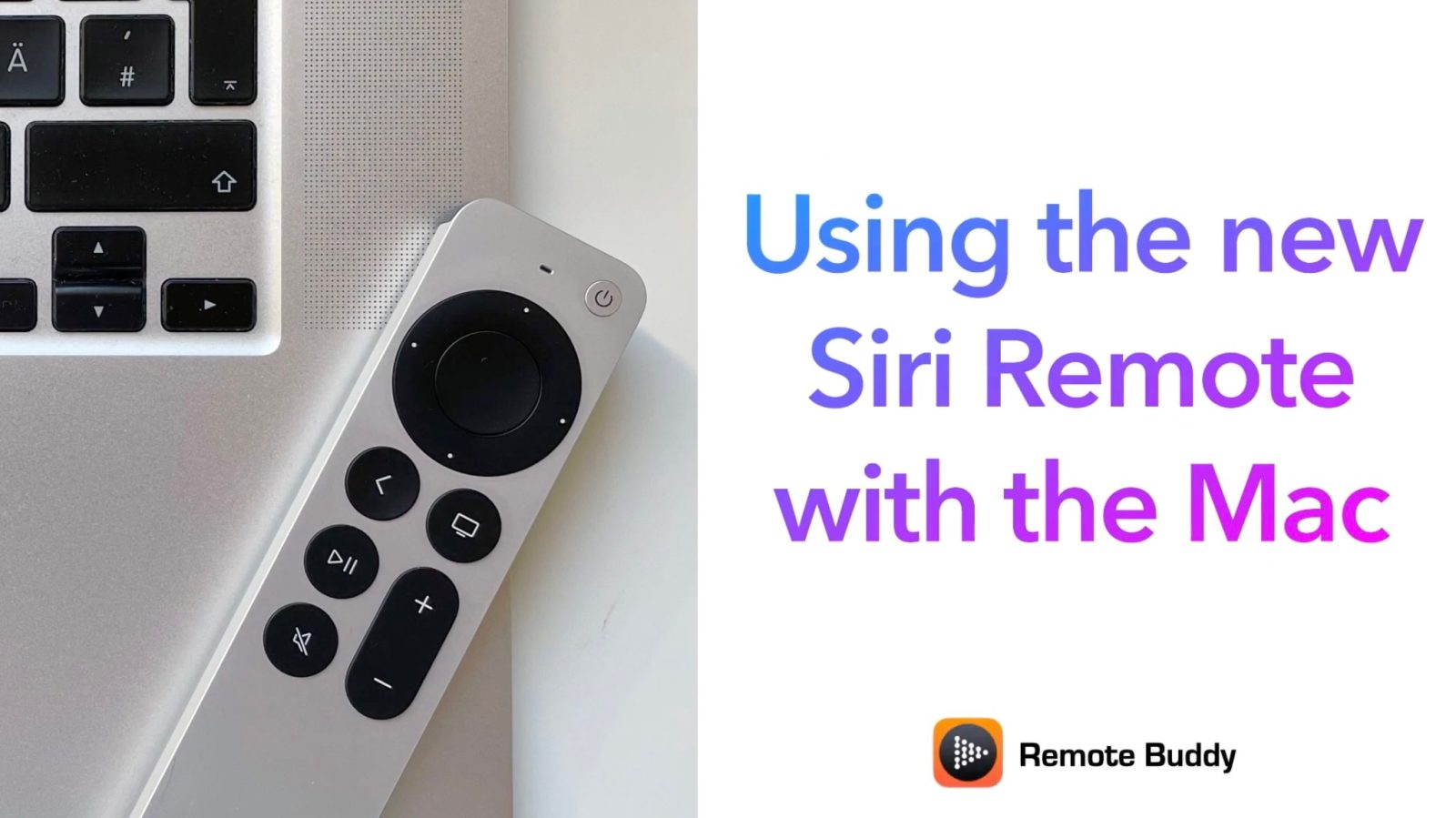 The all-new Siri Remote that launched with the second-gen Apple TV 4K has been a hit. And with the refreshed design that features a 5-way trackpad/clickpad, the remote could be handy for more than just Apple TV. A new update for the app Remote Buddy does just that, bringing Siri Remote support to the Mac.

Remote Buddy 2.0 is available now with a big list of added features alongside the new Siri Remote support. There are three modes you can use the Siri Remote:

Siri Remotes paired to your Mac can be used with Remote Buddy 2. Press the Voice button to switch between the three different touchpad modes:

You can find an overview with images here. For more details on the system requirements and supported Siri Remote models, please see this page.

Remote Buddy offers a free 30-day trial and runs $25 as a one-time purchase after that. Check out the new Siri Remote support for Mac in the video below: