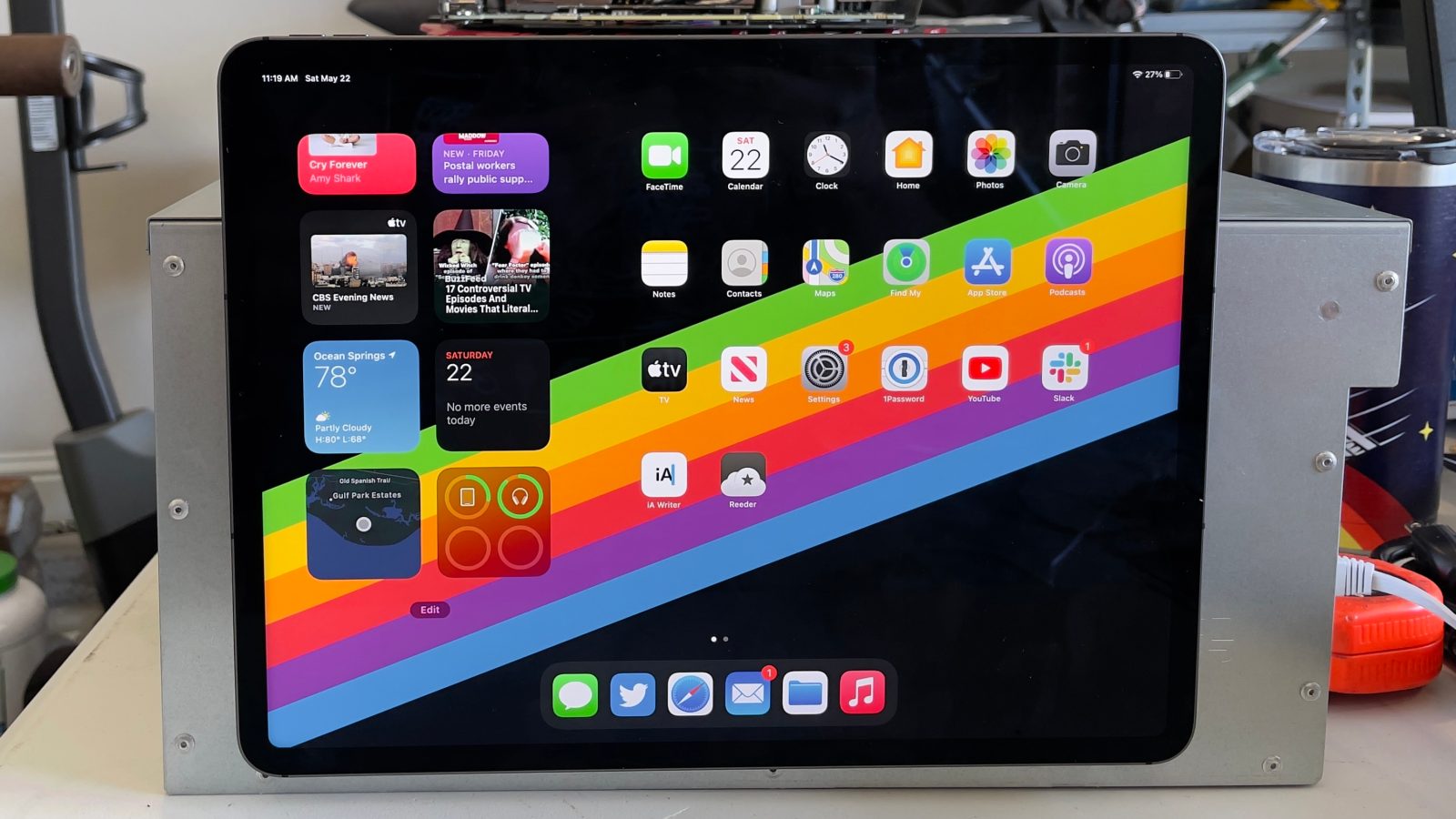 We’re a week away from Apple previewing iPadOS 15 at WWDC, and we’re all hoping for a substantial software upgrade for the iPad. Not just the low-hanging fruit from iOS 14 that didn’t come to the iPad, but a significant leap forward for pro users on the iPad Pro.

I’ve spent the first week using the 12.9-inch iPad Pro (2021) with my MacBook Air shutdown and set aside, and the versatility of using a portable screen as a tablet, laptop, and desktop has been really great. It’s not that the iPad Pro can’t already get the job done for me. It’s more that the quality of life accomplishing the same tasks just isn’t as high on iPadOS as macOS. Here’s what I’ll be watching for at WWDC 2021 on June 7:

Apple delivered in a big way with iOS 14 on the iPhone. I’ve long used a single home screen for my most used apps with rarely used apps organized alphabetically in folders on the second page. iOS 14 introduced widget support on any home screen, the ability to hide app icons and home screens, and the app library grid that acts as an intelligent and attractive folder system.

The default home screen for iPadOS isn’t quite as advanced yet. Your favorite apps and folders can live on the dock and be accessed from within apps, and you can drag any app out of Spotlight search with an external keyboard for multitasking, but iPadOS 14 is otherwise quite limited.

I’m currently working around these limitations with my own app library folder system of sorts that lives on the dock so any app can be opened side-by-side or floating over another app. The downside is that there’s a limit of how many apps and folders can fit on the dock, and I can only fit six most used apps outside of a folder on the dock with this many folders.

Meanwhile, my actual home screen is simply a featured image with a widget stack that can always appear as a column on the left in landscape mode and has to be pulled in from portrait orientation. I’m assuming iPadOS brings widgets to the entire home screen like iOS, and the app library will appear as the last home screen.

My M1 MacBook Air with macOS can play audio from Messages or a video on YouTube while I’m listening to audio from a podcast or my music library. Playing a short clip of audio from anywhere on iPadOS while also listening to other apps will pause the currently playing audio (and it may or may not resume when you’re finished listening to the clip).

This is a minor annoyance, but it hurts when you hit it enough times on an iPad when a MacBook with the same processor doesn’t hit the same snag. What’s more limiting is recording a podcast in one app while talking with your co-host over the internet in another app. This is table stakes for the Mac, and it’s just not possible on the iPad Pro today.

Both machines are powered by the same M1 processor. The only difference is the operating system capabilities. My current solution is to host the call on a messaging app from my iPhone, hearing my co-host’s audio over headphones, and recording from my podcasting microphone connected over USB-C on my iPad Pro.

I’m also viewing articles on the web and referencing our show notes in a split-screen environment while Just Press Record stays active as a floating app that appears atop either side of the screen. This absolutely works (although I’m currently giving up monitoring my own audio through the mic) but the experience is limited and more convoluted than recording a podcast over the internet on a Mac.

I’ve written lengthy articles on the 12.9-inch iPad Pro with touch typing on the software keyboard. It’s not my preferred method of input at a desk, but it’s absolutely possible and efficient for me without a hardware keyboard. I love using the iPad Pro on its own in my hands as a pure tablet.

The Magic Keyboard accessory for iPad Pro adds both a trackpad and a stand to the equation to match a laptop experience for typing, selecting, and viewing. This is the best solution for longer writing sessions with the iPad Pro when away from my desk.

My most productive environment when I’m home is at my desk with my desktop Magic Keyboard, Magic Mouse, and 4K 21.5-inch monitor. Multitasking is far more limited on iPadOS today, but perhaps that will expand in the future, and there are tedious workarounds for now. The weirder thing is how an iPad behaves when connected to an external display.

A MacBook can support multiple modes when connected to an external display. A closed notebook that’s connected to a keyboard and mouse or trackpad can let the display takeover from the built-in screen that isn’t visible anyway when shut. An opened MacBook can treat the external display as an extension of the built-in display, virtually providing you with an expanded workspace.

iPadOS today has years-old support for video-out features in apps like iMovie and Photos where the full video or photo takes over the external display while the iPad screen shows the app’s user interface. This is hardly a new feature for iPads, however, and it’s still only supported in specific photo and video apps.

In all other instances, the external display simply mirrors what’s being shown by the iPad. You can crank down the brightness on the iPad, but you can’t fully turn off the iPad’s screen that simply mirrors its content to an external screen. This isn’t ideal, but for writing articles like the one you’re reading, I’m physically more comfortable at my desk with my chair, mouse and keyboard, and larger display for my 30-year-old eyes.

iPadOS 15 won’t actually be complete and ready for prime time until later this fall, but we should know which of these features Apple plans to tackle on June 7 at its Worldwide Developer Conference. Follow 9to5Mac for up-to-the-minute coverage from now through WWDC week.

Have your own iPad quality-of-life features that should be as easy on an iPad Pro as they are on a Mac? Let us know in the comments.