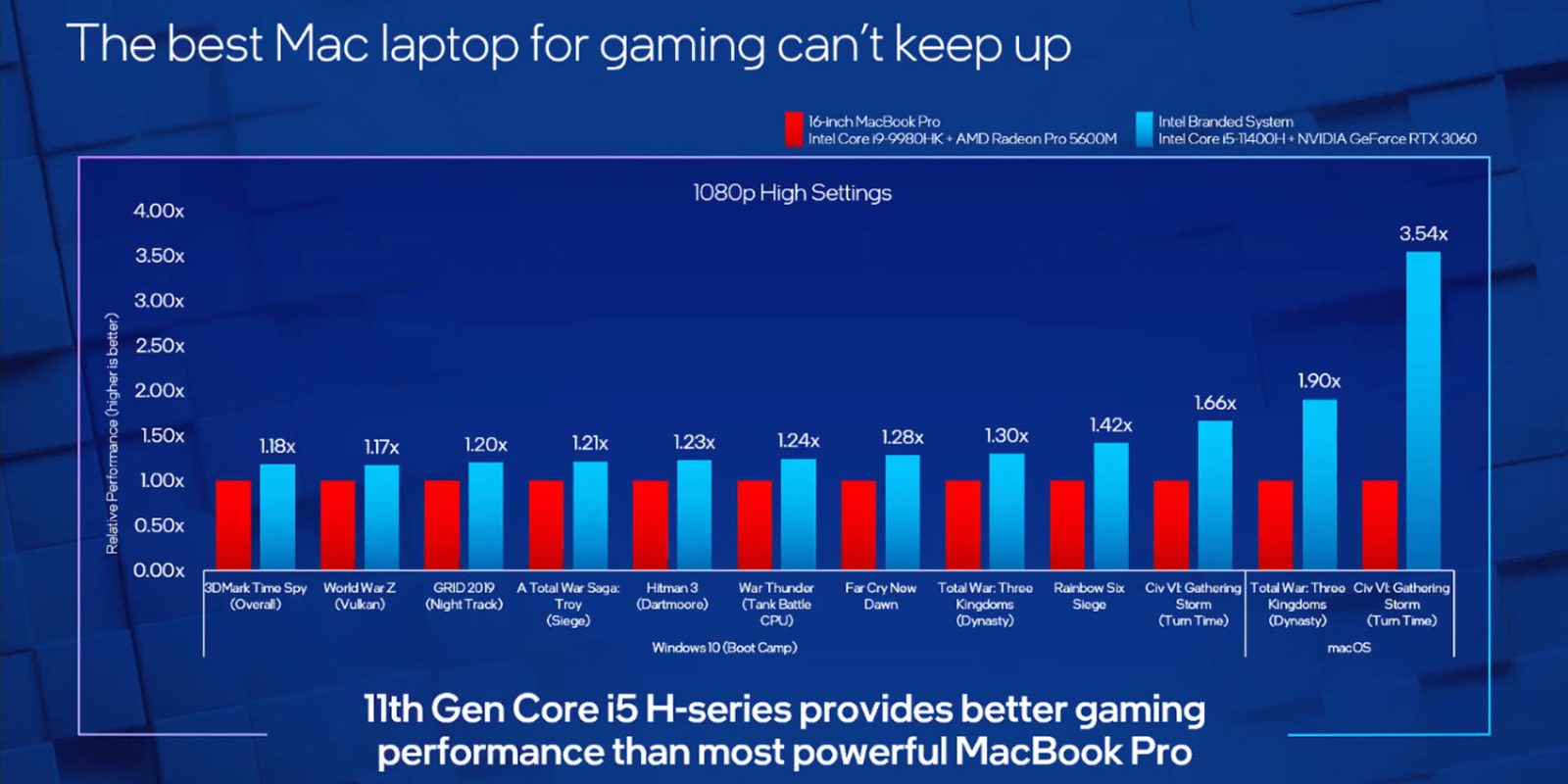 The one-sided Intel versus Apple battle has seen the chipmaker raging ever since Apple announced the switch from Intel Macs to Apple Silicon ones. Intel’s latest attack on Macs, however, is something of an own goal.

Attempting to show the superiority of Windows PCs over Macs, the chipmaker makes a comparison with an Intel-powered Mac …

Intel started insulting Apple back in January when its incoming CEO dismissed Apple as “a lifestyle brand,” even while acknowledging that it had to play catchup. In February, Intel ran ads highlighting things you can do on a PC but not a Mac – which actually consisted of using a touchscreen and playing a game discontinued on macOS.

A month later, the desperation clear, Intel hired I’m a Mac actor Justin Long to poke fun at M1 Macs. Later the same month, Intel CEO Pat Gelsinger dismissed it all as a bit of “competitive fun” and said the company still hoped to be an Apple supplier in the future. Then in April the company showed off a MacBook Pro in an ad for… a processor the machine doesn’t use.

Intel has now upped the ante with a new set of slides designed to show that a Windows PC is a better gaming platform than a Mac (hardly a claim any Mac user would deny), as reported by PC Gamer.

In a recent call with Intel’s Ryan Shrout about the performance of its 11th Generation H-series laptop processors, he took some time out to throw some serious shade Apple’s way […] According to Intel, it’s the poor gaming experience of a Mac that makes its own devices superior […]

To be fair, gaming on a Mac absolutely is rubbish, and it’s not something I’d want to do. But I’m still surprised that Intel is so angry about it all. I even asked if Intel was burning its bridges with Apple? The answer was that Apple has been very public about moving to its own silicon and that it is now a competitor. All’s fair in love and war I guess.

To show just how much better the gaming performance is on a PC rather than a Mac, Intel shows a chart comparing the performance of a PC running its latest H-Series chips with a MacBook Pro. The problem, as the site notes, is that the comparison is not with an M1 MacBook Pro, but with… an Intel one!

The red in this graph is actually an Intel-powered MacBook Pro, using a Core i9 9980HK alongside an AMD Radeon Pro 5600M to be exact, compared to the Core i5 11400H alongside a GeForce RTX 3060.

What the company has succeeded in showing is that the latest Intel chip is better than an older Intel chip. Who’d have thought it?