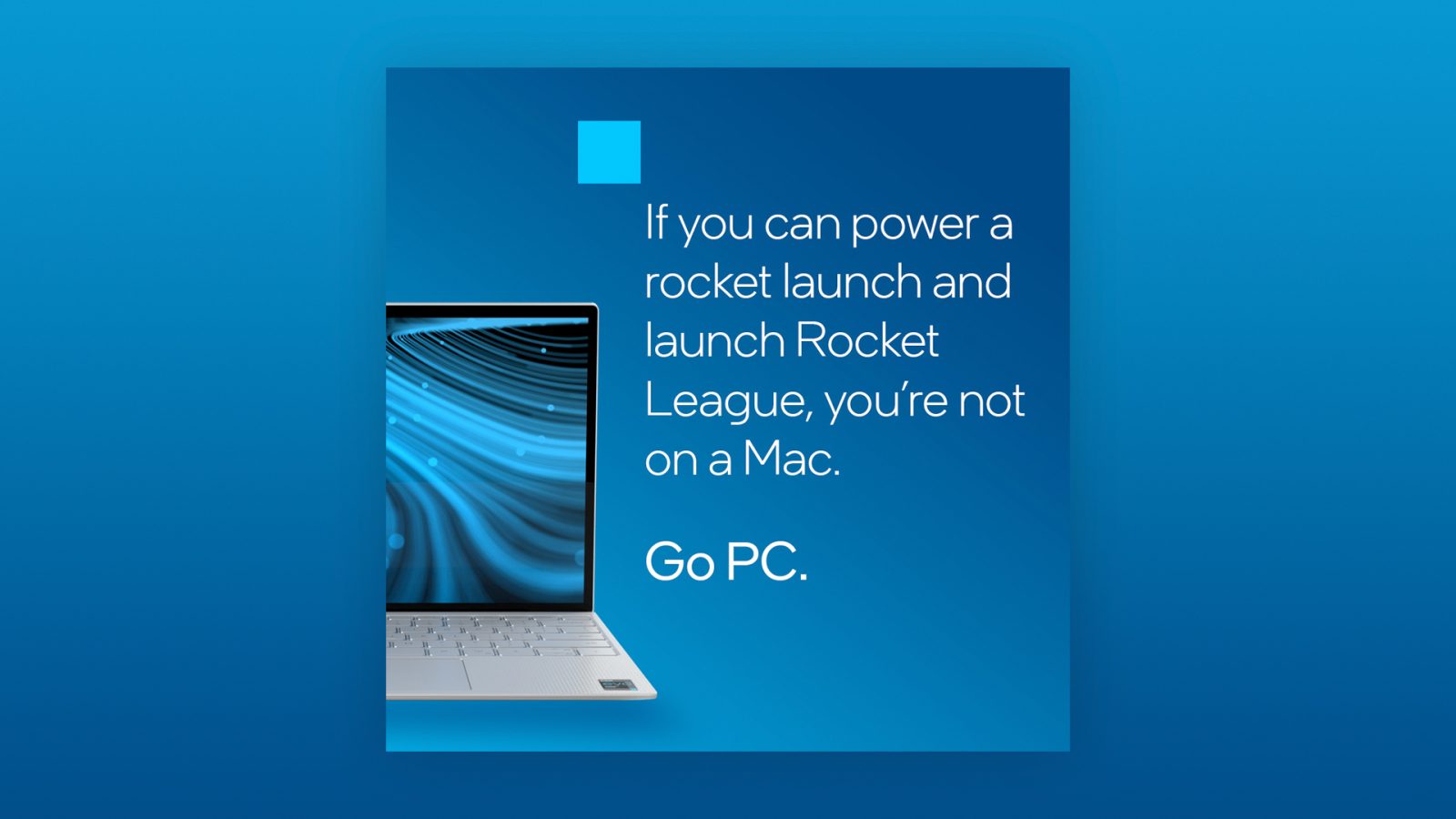 Intel has had a strong partnership with Apple since 2005, and although Apple now has Mac computers with its own chips, there are still some Macs being shipped with Intel processors. However, as the M1 chip has been praised for its performance and efficiency, Intel is now mocking Apple in a new campaign that highlights things users can’t do on a M1 Mac.

The new campaign has been running on Twitter and other websites claiming that there are some tasks that only Windows PCs can do. In one of the new ads, Intel says that “only a PC offers tablet mode, touch screen and stylus capabilities in a single device,” which is similar to what Microsoft does in Surface ads.

Another ad in the campaign is even more aggressive by claiming that Macs are not ideal for engineers and games, as Windows has a broader catalog of software and games than macOS. It even mentions that “if you can launch Rocket League, you’re not on a Mac,” since the game was discontinued for macOS last year.

In addition to the web ads, the campaign also includes a paid video with YouTuber Jon Rettinger in which he points out advantages of having a regular laptop instead of a M1 MacBook, such as standard USB ports, touchscreen, eGPU support, and working with two external displays.

Last week, Intel shared a slideshow of benchmark results comparing its 11th generation “Tiger Lake” i7 processor against Apple’s M1 chip in an attempt to show that Intel processors are more powerful than a chip that Apple built for low-power, fanless computers.

In the meantime, Apple says that the transition from Intel processors to Apple Silicon Chips is expected to be completed by the end of 2022, when the company will no longer have any Mac computers running on Intel. With that said, it’s clear that Intel has nothing left to lose with this campaign against Apple — the company has already lost everything it could.