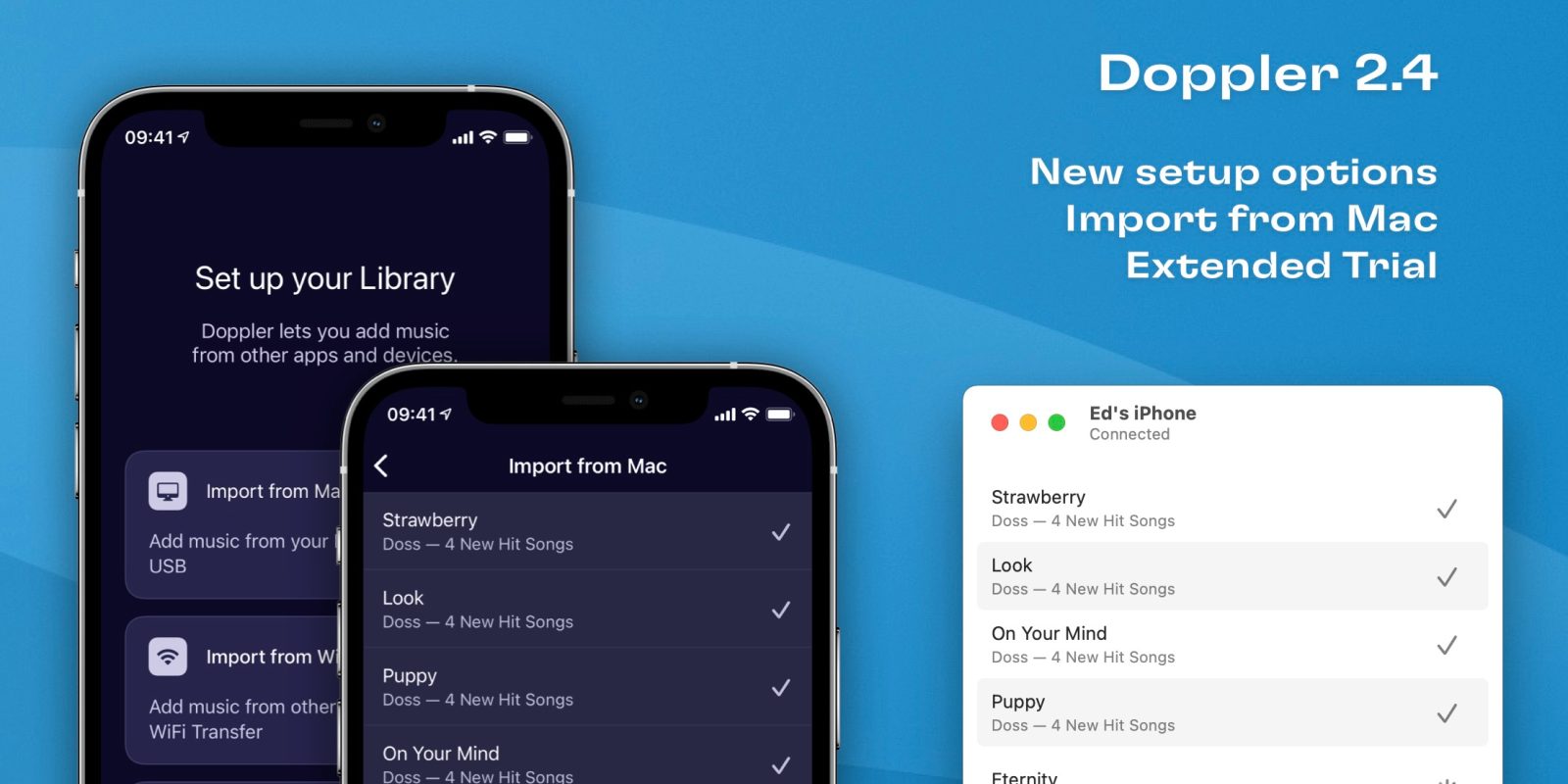 Doppler, the popular offline hi-res music player for iPhone, has been updated today with a number of nice changes including a fresh setup process with three new import options, extended free trials for new customers, and more.

For those new to Doppler, the app is designed for users who like to buy and own their music. It supports hi-res formats like FLAC as well as AAC, MP3, WAV, and more. Doppler also offers full control over your library from iPhone like editing track and album info, downloading artwork, and creating playlists.

First up with the new update, Doppler developer Brushed Type highlights the extended trials now available with version 2.4. Since March, a 7-day free trial has been available but now there’s more flexibility with the option to extend that.

Sometimes though, your trial ends before you can properly test things out. So, now, if your trial ends and you need more time with Doppler, you can tap a button and get a few more days on your trial — no questions asked.

I hope this gives people a better chance to try the app and make sure it offers them everything they need.

The import from Mac option uses a menu bar app (compatible with macOS 11 and later) and comes ahead of the full Doppler for Mac app coming later this year. Both remove the need to use the Music app to get content into the Doppler iPhone app by allowing direct transfers from Mac.

Doppler 2.4 for iPhone is available now from the App Store. After the free trial, the app runs $6.99 as a one-time purchase.